In Order of Battle: Kriegsmarine you’ll brave heavy enemy fire while at the lead of powerful battleships and cruisers – true beasts of steel! You will command silent predators, marvels of German engineering, the U-Boots, in their lethal hunt for Allied convoys. You will build and employ massive new Carriers, platforms from where to launch your newest aircraft, and gain a devastating edge over your enemies.

Kriegsmarine is all of this, and more. Your efforts will decide the fate of the war. Are you up to the task?

The new DLC for the Order of Battle series releases today on our store and on Steam. It features the exploits of the Kriegsmarine, the German Navy, in its effort to fight Allied supremacy at sea. It adds many new units, and it presents players with the intriguing possibility of exploring “what-if” scenarios: what if Germany had developed, built and deployed aircraft carriers? What if Germany had fully executed Plan Z and built the next-generation battleships? You have the choice.

That’s not all! Kriegsmarine is accompanied by several new features which have an effect on naval gameplay in general: new mechanics such as fire efficiency and hit avoidance, new submarine rules, primary and secondary guns for ships, new unit types, a first look at the Skirmish mode, and more! It is truly a massive update.

And if you’re still unconvinced, we’ll stream the game tomorrow on our Twitch channel!

So what are you waiting for? Get Kriegsmarine now, and give us your feedback on the forum!

Learn more about Order of Battle: Kriegsmarine at the games official webpage.

“Set in North Africa during the Tunisian campaign in World War II, one of World War II’s most intense conflicts and offers real-time and turn-based strategy options, making it perfect for hardcore strategy fans, World War II enthusiasts and history buffs,” said Vladimir Zayarniy, Graviteam CEO. “We dedicated a lot of time, energy and passion into offering a painstaking level of realism and detail in all of our units and battle scenarios, and for the first time are featuring US military battling against Axis forces.”

Tank Warfare: Tunisia 1943 offers two ways to play, with both turn-based and real-time strategy options, each featuring unparalleled levels of realism with adaptive soldier behavior and complex vehicle damage for more than 50 detailed vehicles created between Germany, U.S and the U.K. Players can choose between the Allied and Axis soldiers to relive the Tunisian Campaign and experience this ambitious and historically accurate tank warfare game.

Tank Warfare: Tunisia 1943 will launch in May 2017 on Windows PC via Steam. Further details, including a date for commercial launch and an upcoming trailer, will be revealed later this month.

Ubisoft today announced that Narco Road, the first expansion for Tom Clancy’s Ghost Recon: Wildlands, is now available for season pass owners across all platforms. Season pass owners will have access to Narco Road one week before it releases for individual purchase on April 25 on consoles and PC for the suggested retail price of $14.99.

Narco Road trades in stealth and assault for subterfuge and tasks players with infiltrating three gangs of smugglers led by the elusive El Invisible. Players will have to go undercover and work their way up the ranks and earn the trust of the mysterious leader if they have any hope of bringing him to justice. Playable entirely in solo or co-op, players will have to earn the respect of gang leaders by completing brand new campaign missions and taking part in adrenaline-fueled racing challenges.

Flashpoint Campaigns: Red Storm has been updated to version 2.0.12 and this version brings decisive improvements to the game!

Numerous bugs affecting the Map editor, waypoints, radio traffic – and more! – have been solved, so don’t wait any further and check the entire changelog HERE!

See you on the battlefield!

Get more information about the game on its official product page. 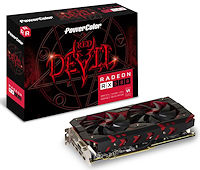 Today AMD introduced the Radeon RX 500 series, a new line of graphics cards featuring a powerful combination of improved game performance, higher clock speeds, and a refined 2nd generation Polaris architecture, giving PC gamers the best reasons yet to upgrade their graphics. Can AMD’s new graphics cards challenge the NVIDIA dominance? Will they make the same splash as AMD’s new Ryzen processors?  Check out the numerous reviews we have gathered featuring cards from ASUS, MSI, Sapphire, Gigabyte and Powercolor via the links below and find out.

It’s been a long time coming, but it looks like Call of Duty is finally heading back to where it all began, World War II, and that makes a lot of sense.

Around this time two years ago, I predicted that Treyarch’s 2015 Call of Duty game would go back to the trenches of World War II. I even labelled that prediction as “extremely likely”. Turns out I was on the wrong side of history with that one, and while I’m happy to eat humble pie, I firmly believe that Call of Duty 2017 will jump back to where the series began, in the trenches of World War II.

Naturally, it helps that recent leaks suggest that Sledgehammer Games’ 2017 series entry will be called Call of Duty: WW2. Obviously, it’s possible that these leaked images are fake – we do, after all, live in the Photoshop age – but it’s likely they’re on point. Here’s why.

In follow up to their latest dev diary, which discussed the planned new content for Arma 3 in 2017, Bohemia Interactive today announced the release date of the first upcoming DLC package: Arma 3 Jets. Available worldwide on May 16th 2017, the Jets DLC will enhance the combined arms experience by adding three new air-superiority jets, an Unmanned Combat Aerial Vehicle (UCAV), a new Showcase scenario, and more.

As is protocol with each Arma 3 DLC release, the Jets DLC will be accompanied by a free platform update that improves the game for everyone. The main highlights of this update are the ‘sensor overhaul’ to improve targeting and target detection, an upgraded fixed-wing damage model with more hitpoints and new damage effects, dynamic vehicle loadouts, and various other jets-related improvements.

In addition, as a special surprise, Bohemia Interactive is proud to reveal truly massive bonus content in the form of the CVN-83 “USS Freedom” Aircraft Carrier (watch new trailer). This nuclear-powered aircraft supercarrier, which will be available for free to everyone who owns Arma 3, serves as a naval main operating base, and can carry various aircraft and helicopters on board. In terms of in-game functionality, the ship is a static object that can be positioned across the map via the 3D Scenario Editor, but cannot be ‘driven’. The carrier supports catapult take-offs and tailhook landings, and features functional autonomous defensive weapon systems.

For a complete overview of the Arma 3 Jets’ content and features, check out the official website at www.arma3.com/dlc/jets.