Art of Combat: Anzio 44 In Development 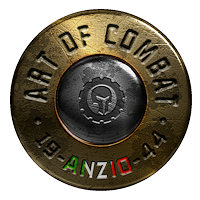