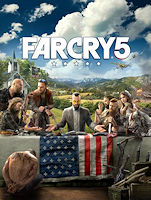 They’re here! Shrapnel Games and Developer Camo Workshop announce that the 2018 winSPWW2 and winSPMBT upgrade patches are now available for download! We are bringing a storm of brand new content, revisions, and bug fixes that will leave you militarily motivated. Some enhancements are only available to Enhanced users. These exciting Upgrades (winSPMBT to v.12.0 and winSPWW2 to v.11.0) bring a powerful punch to tactical wargaming on your PC!

Head on over to the Shrapnel Games website and check out the press release detailing the full list of changes in these two great games!

Another title from the classic Strategic Command Series it’s coming and will be released on Matrix next week! This time, it’s Strategic Command: Blitzkrieg that’s hitting the shelves, but the deal is far bigger than you might think!

This huge re-release will be out very soon, on April 5th!

From the product page:

Weapons and Warfare (the expanded & enhanced version of the original Blitzkrieg)

Rewrite history with 6 full length, open ended campaigns beginning at key stages of World War II. Begin the war from the historical invasion of Poland in 1939, Denmark and Norway in 1940, Russia in 1941, Stalingrad in 1942, the invasion of Sicily by the Allies in 1943 or the epic beach landings of D-Day in 1944.

Players will be able to wage war across the massive expanse of the Pacific Ocean. From British occupied India, Tibet, Nepal and China in the West to Pearl Harbor and the West Coast of the US and Canada. WWII Pacific Theatre features a very large map, at 198×82 tiles in size.

Patton Drives East allows players to explore the historically possible what ifs of WWII such as:

This is not a new game. We are taking over from Battlefront as the publisher of this game.

Find out more about Strategic Command Classic: WWII on the games official webpage. 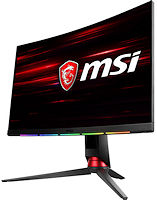 MSI is a name whose absence has been conspicuous in the gaming monitor market. Others, notably Asus, have muscled in on this lucrative territory with a range of premium models accommodating stylish designs, both forms of adaptive sync technology, and high refresh rates.

Not to be outdone, MSI, in recent months, has begun shipping its own range of gaming monitors under the Optix line. Today’s review model is arguably the most interesting of the lot, fitting in a gaming-friendly 2,560×1,440 resolution, 144Hz maximum refresh rate, 1ms response time, a gentle curve, purportedly excellent colour gamut reproduction, FreeSync compatibility and RGB to boot. Yup, RGB. Quite a list of accomplishments, so let’s take a closer look at the Optix MPG27CQ. 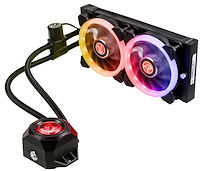 Raijintek are relatively new to the party, founded in 2013, but with their German design and Taiwanese manufacture, they promise quality at an affordable price. How does the Orcus 240 RGB CPU Cooler fare in our tests?

Set in America, a first for the franchise, Far Cry 5 offers players total freedom to navigate a serene-looking yet deeply twisted world as the new junior deputy of fictional Hope County, Montana. Players will find that their arrival accelerates a years-long silent coup by a fanatical doomsday cult, the Project at Eden’s Gate, igniting a violent takeover of the county. Under siege and cut off from the rest of the world, players will join forces with residents of Hope County and form the Resistance.

Far Cry 5, developed by Ubisoft Montreal in collaboration with other studios*, is a first person shooter set in a completely open world. Players will have the freedom of choice, wrapped in an immersive story with memorable characters, where they can experience Far Cry Moments: unpredictable and unforgettable moments in the game – like getting attacked by a bear while quietly fishing, or being rescued by Boomer at just the right time. Players can play any way they want, including recruiting Guns for Hire, Fangs for Hire, and a Friend for Hire, which allows players to play the entire game in co-op, a franchise first.

Far Cry 5 also includes Far Cry Arcade, the biggest and most versatile map editor mode for the Far Cry series. In Far Cry Arcade, players can create new scenarios by utilising assets from other titles in the series as well as other Ubisoft franchises, including Assassin’s Creed® IV Black Flag, Assassin’s Creed Unity, or Watch Dogs®, for solo, co-op or competitive experiences.

Players can also purchase the Gold Edition of Far Cry 5, which includes the base game, season pass and bonus content. The Far Cry 5 Season Pass transports players to uncanny adventures across three unique settings with the upcoming DLCs – Hours of Darkness, Dead Living Zombies and Lost on Mars – and more. On top of that, players who purchase the season pass for PlayStation 4 and Xbox One get Far Cry 3® Classic Edition at no additional cost, while PC players get the full version of Far Cry 3 at no extra cost on May 29th. Far Cry 3 Classic Edition will also be available as a standalone purchase on June 26th.

The Season Pass is also available as an add-on purchase on the PlayStation®4 Pro computer entertainment system, PlayStation®4, the Xbox One family of devices and Windows PC.

For more information about Far Cry 5, please visit farcry.com. You can purchase Far Cry 5 via the games official store page or from Steam.

The drivers also introduce security updates for a staggering seven CVEs, mostly relating vulnerabilities discovered in the kernel-mode layers of the driver, and user-mode drivers for DirectX and OpenGL. NVIDIA discovered that certain specially crafted pixel shaders can cause infinite loops and denial of service (system hang), or escalation of privileges. Besides these, the drivers patch a memory leak found in NVIDIA Freestyle (custom shader tool), bugs with 3D Profile Manager, and a game freeze noticed on “Diablo III” when rapidly switching tasks on SLI machines.

You can download the new GeForce 391.35 WHQL drivers from GeForce Experience and GeForce.com.

AMD has released the latest Beta version of their Radeon Software Adrenalin driver package. Currently in the 18.3.4 version, these drivers from AMD add support for Ubisoft’s Far Cry 5, ensuring the best possible experience and performance on the latest open-world title. Some graphical glitches on Final Fantasy XV – Windows Edition have also been fixed. As an added bonus for cryptocurrency miners, this latest driver revision also fixes some issues with lower performance on some blockchain workloads.

1940. While in Europe the German war machine seems unstoppable, in the desert of North Africa the British and its Commonwealth Allies are not willing to concede an easy victory to the Axis. Italian forces – even if initially numerically superior – are not adequately trained or equipped for a prolonged war in such environment, and soon they send request for aid to avoid complete defeat. Berlin answers to the call and a blocking force led by General Erwin Rommel is organized and dispatched to the Libyan shores.

Now, the day has come. Are you ready for Desert War?

Desert War: 1940 – 1942 is an operational level, ground-centric wargame that recreates the epic tank battles fought between the Axis and Allies for possession of Libya and Egypt.

In this wargame, you’ll have the chance to relive the key battles that exalted mechanized warfare in North Africa, where nothing can be left to chance.

Be ready to outsmart your adversary, as you plan your moves simultaneously, thanks to the innovative WEGO system! Will you wait for reinforcements, leaving the initiative to the enemy or will you try to exploit his mistakes, possibly risking your entire frontline?

Make best use of yourAir, Naval, and Ground Assets to turn the tide of battle at your favor!

Training is fondamental. Without that, even the best eqipped troops can be prey of a better prepared enemy. You must know your own troops, their potential and limits.

As a commander, you must adapt your plan to un expected situations and quickly, because time is essential and the more you wait the more chances you are leaving to the enemy to exploit your mistakes.

This is even truer in desert warfare, where the harsh environment conditions have a direct impact on communication, movement and more. This is why we are very proud to give you an important tool for your future assignment: the Desert War Tutorial Guide, written and assembled by user and beta tester John “Slick Wilhelm” Dahlen.

This Guide will be a very important instrument for you (although it doesn’t replace the manual) as there you can find precious tips and explanation on how make best use of your assets.