Crytek tweets “a Crytek announcement,” which seems like it’s in its wheelhouse. The tweet includes a 45-second teaser video that shows off a little destruction that’s reformed into an image of the numeral “4.” This includes a tagline: “Join the journey. Become the hero.” It’s hard to mistake this for anything but a tease for Crysis 4. But there’s no guesswork required, as this press release confirms the news. CEO Avni Yerli tells us this “truly next-gen shooter” is “still in early development.” He also reassures Hunt: Showdown players they are not forgotten: “I also want to let Hunt: Showdown players know that we have some great things planned for you too, this year.” Here are the scant details we have about Crysis 4 so far:

Right now the game is in the early stages of development so it will be a while yet, but we wanted to bring you the news at this time as we are so hyped for the future, and to let you know that we will be listening to our community.

Crytek has a proud history of working with our community to develop the games you want to play. Crysis is incredibly important to so many people – it’s beloved by gamers everywhere, and some of those working in the industry today are doing so because of the original game – so we want to make sure the next instalment in the franchise lives up to all of your expectations. Make sure to join our socials and get involved!

NVIDIA has launched its new Geforce RTX 3050 graphics card. The review embargo has been lifted, and we have gathered together a number of reviews on various custom cards from different manufactures. Here’s a bit from NVIDIA:

Rebellion, one of the world’s most successful independent studios, has today released a new CGI trailer for Sniper Elite 5, the latest instalment of the award winning franchise, hinting at the new Invasion Mode which allows players to drop into each other’s Campaign to take the role of an Axis Sniper with high rewards on offer. Created by Rebellion’s dedicated production company Rebellion VFX, the new trailer utilises both in game and bespoke VFX assets with a tailored audio mix to create a stunning cinematic which can be watched HERE.

Invasion Mode will bring a whole new dimension to the game’s intense drama and add increased diversity to the tactics that players will have to employ in order to complete their mission. The invading Axis Sniper will have the sole aim to eliminate the player while the Allied Sniper will gain an extra objective: take out the invader. Invasion Mode will also be available in co-operative play increasing the challenge for the Axis invader as they now have two Allies to track down, but offering greater rewards.

Chris Kingsley, CTO at Rebellion, commented: “Invasion Mode is a fantastic addition to the gameplay experience of Sniper Elite 5. A human controlled invader can act in ways that are so diverse and unpredictable, which adds to the challenge and ramps up the tension even further. The player will be informed that an invading Axis Sniper has joined their game and from that point on it becomes an extremely intense, high stakes game of cat and mouse.”

Chris continued: “For those players who just want a solo gameplay experience there will be the option to switch Invasion Mode off, but we recommend that everyone gives it a try at some point. We have been having a lot of fun with it in the studio, jumping into each other’s games and finding innovative, stealthy ways to take each other out.”

Invasion Mode will enable some unique skills for both players. The Axis invader can use of the AI Axis forces to help locate the Allied player. Tagging an Axis soldier will enable ‘Eagle Eyes’ which means that if that soldier spots the Allied Sniper then their last known location will be displayed on the map. The Axis Sniper can also instruct nearby soldiers to ‘Stay Sharp’, increasing their awareness. For the Allied Sniper, each level has invasion phones scattered around the map which the player can use to discover the last known location of their opponent. But beware, as not only can these phones be booby trapped, but overuse will raise suspicions and reveal the player’s location.

Successful Axis Snipers will be rewarded with weapons, items and skin unlocks while Allied Snipers can earn weapon and character skins by killing their opponent. You will also be awarded with additional XP for having Invasion Mode enabled.

Recognised for its unparalleled tactical sniping experience, Sniper Elite 5 will release simultaneously on Xbox Game Pass, Xbox One, Xbox Series X|S and PlayStation 4 & 5, Epic, Steam and Windows Store in 2022. Players will reprise the role of elite marksman Karl Fairburne as they travel to France in 1944 tasked with the mission to uncover and destroy the Nazi’s latest plan: Operation Kraken.

To keep up to date with all the latest Sniper Elite 5 news please visit sniper.com.

Prepare for Landing — Atari Brings Back the Best of Classic Flight Simulators with Solo Flight, F-15 Strike Eagle, Harrier Jump Jet, Dog Fight: 80 Years of Aerial Warfare, and The Ancient Art of War in the Skies

Atari®, one of the world’s most iconic consumer brands and interactive entertainment producers, today announced the release of five classic flight simulation games on Steam. The collection includes two titles from revered game designer Sid Meier — Solo Flight and F-15 Strike Eagle, along with three other popular titles from the golden age of gaming: Harrier Jump Jet, Dog Fight: 80 Years of Aerial Warfare, and The Ancient Art of War in the Skies. The games will be available individually and in special bundles for Windows PC via Steam.

The MicroProse™ flight simulation titles, re-released by Atari, will be available on Steam individually for $6.99 each. Strike Eagle and Ancient Art of War launch today with Solo Flight, Harrier Jump Jet, and Dogfight: 80 Years of Aerial Warfare scheduled for release next week. Bundles are available, including a special Sid Meier collection, with limited-time discounts. Customers can purchase these bundles immediately, adding the new releases as they become available via Steam’s “Complete The Set” offer.

Rainbow Six Extraction is out now, pitting players against a deadly, mutating alien threat in a whole new tactical PvE co-op experience. Featuring full cross-play, cross-save, and cross-progression, the game is available on Xbox Series X|S, Xbox One, PS5, PS4, Amazon Luna, Stadia, and the Ubisoft Store on PC, as well as via Ubisoft+. It is also playable on Xbox Game Pass and PC Game Pass.

Extraction stars a select line-up of Operators from Rainbow Six Siege who have been reworked with new abilities and attributes to help them better take on the Archaean parasite. The 13 different mission types across 12 containment zones pose an ever-shifting challenge, as players face 13 enemy archetypes and a host of mutations that make each incursion unpredictable. Team up with up to two other players, or take on solo missions as you level up your Operators’ loadouts and abilities, and progress to unlock new REACT tech gadgets, cosmetic customization items, and more.

Ubisoft’s Siege spin-off is a thrilling and messy take on zombie co-op.

It’s a mean game that can produce some great thrills, but its strict rules make some awkward design choices stick out. Extraction is also a smaller game than I anticipated—Ubi’s decision to lower its price to $40 and introduce it to PC Game Pass at launch makes sense now. I really liked mastering each of the dozen objective types and maps, but missions start to get samey really fast. 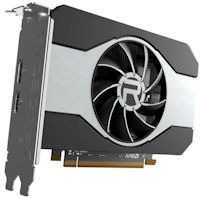 On January 20th Campaign Series: Vietnam will land on Matrix and Slitherine’s websites.

Get ready to relive the most iconic battles in Southeast Asia spanning from 1948 to 1967.

Each scenario is based on a painstakingly researched historical engagement and has a variable number of turns in which you and your opponent attempt to achieve the maximum number of victory points, usually by destroying your opponent’s forces or by capturing objective locations.

104 Scenarios plus 4 low-complexity Boot Camp scenarios designed with step-by-step instructions to help new players get into the game, and a full suite of editors for those who would like to create their own scenarios and many ready-to-use historically accurate master maps.