The Lordz Games Studio Bringing “Check Your 6!” to PC 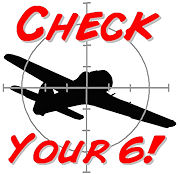