BattleGoat Studios has answered the call to make available new DLC, Trump Rising, for its Geopolitical Game Supreme Ruler Ultimate. Commented Lead Designer, David Thompson, “It is with incredible anguish that we feel obligated to provide our players with a new option to our game. We have prided ourselves with our games’ realistic approach to the world but absolutely nothing prepared us for this…” Lead Programmer, George Geczy added, “”Our games have always excelled at creating a real world simulation with a chaotic future storyline. Now the chaos can feel even more real!”

At first he was dismissed as comic relief and a game show host in a country whose election cycles were long, arduous, and boring. With his bombastic style, he brought entertainment to a process that had long since lost its lustre to a jaded population. However, as the election progressed from Party Primaries to National Conventions and into the General Election, the international community started to take notice, and in some cases, make plans.

And with those words, the world changed…

Within the United States, civil unrest fueled by racial tensions reaches even higher than in the 1960′s. To China and Russia, the new US President seems so unpredictable and reckless that it seems logical to make a pre-emptive strike rather than wait for him to have a ‘bad hair day’ and launch a strike against them. In Western Europe, leaders are shaken by their new reality and realize they may have to make concessions to Russia now that America can no longer be relied upon. In Mexico, and even in Canada, militaries are brought to an unprecedented level of readiness over concern of Trump’s ambitions.

How will this play out? Will you assume Trump’s role as the new US leader and guide America to renewed Greatness? Or will you instead lead another nation and take advantage of a potentially dysfunctional America to further your own ambition? Supreme Ruler Ultimate: Trump Rising will allow you to take control of a nation in 2020 as the world is engulfed in chaos, or start on inauguration day in January 2017 as Donald Trump takes control of the most powerful nation on earth. Manage economic, diplomatic, and military policies, take on ISIS and North Korea, defend the South China Sea, or just build a wall instead.

Find out more about Supreme Ruler Ultimate at the BattleGoat Studios website.

Is there anything that seems more crucial in recent European history than the possibility of Great Britain leaving the European Union?

Probably not, because it’s really too early to say what the likely outcomes are for the near future. Nevertheless, many military observers seem pretty much convinced that this event could make NATO, the main western collective defensive system, weaker and less effective: What if other countries decide to follow the British example and like in a domino effect, the internal cohesion and cooperation of the European nations is diminished as a consequence?

You Brexit, You Fix it, the second DLC from the innovative Command LIVE series, aims to explore this not so unlikely possibility.

What if the Brexit heralds the beginning of an escalation of events, creating a powder keg situation in Europe?

How would NATO and the EU act in such a situation, where timing and close cooperation are everything?

As for the Old Grudges Never Die scenario, developers WarfareSims, together with help from the modding community have worked hard to recreate, in every detail, a fragile geopolitical tapestry, where even the finest military power is at risk of being futile.

A full analysis of the situation has been dispatched and will be available soon!

Get more information about Command Live: You Brexit, You Fix it from our official product page! 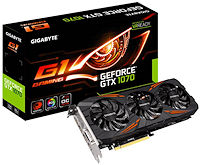 If you ware looking for an NVIDIA GeForce GTX 1070 graphics card to purchase you will quickly find that there are 21 different models widely available from NVIDIA’s board partners in North America. Gigabyte alone has five different models to pick from as you have Gigabyte GeForce GTX 1070 Founders Edition for those that are looking for the NVIDIA reference design and then four custom cards. The custom cards include the Gigabyte GTX 1070 Mini ITX OC model for Small Form Factor (SFF) builders, a GTX 1070 WindForce OC model as the entry level card, a GTX 1070 G1 Gaming aimed at gamers and then the GeForce GTX 1070 Extreme Gaming for those that are concerned with overclocking or what the highest clock speeds possible. Most gamers aren’t going to pay a premium for the Founders Edition by NVIDIA and while we love the Mini ITX form factor the full sized cards are still the most popular cards sold. That leaves three full sized Gigabyte GeForce GTX 1070 models that gamers will be interested in picking.

The model that we’ll be looking at today is the Gigabyte GeForce GTX 1070 G1 Gaming as it is aimed at gamers and at just $429 it costs less than the Founders Edition model and looks to have some great features.

Last night during the Call of Duty: Infinite Warfare panel at San Diego Comic-Con, Activision and Infinity Ward announced that Terminal is back!

For more information, check out: www.callofduty.com

In a show of shock and awe, NVIDIA today announced its flagship graphics card based on the “Pascal” architecture, the GeForce GTX TITAN X Pascal. Market availability of the card is scheduled for August 2, 2016, priced at US $1,199. Based on the 16 nm “GP102″ silicon, this graphics card is endowed with 3,584 CUDA cores spread across 56 streaming multiprocessors, 224 TMUs, 96 ROPs, and a 384-bit GDDR5X memory interface, holding 12 GB of memory.

The core is clocked at 1417 MHz, with 1531 MHz GPU Boost, and 10 Gbps memory, churning out 480 GB/s of memory bandwidth. The card draws power from a combination of 6-pin and 8-pin PCIe power connectors, the GPU’s TDP is rated at 250W. NVIDIA claims that the GTX TITAN X Pascal is up to 60 percent faster than the GTX TITAN X (Maxwell), and up to 3 times faster than the original GeForce GTX TITAN.

Watch a intro trailer and get more information at the NVIDIA TITAN X product page.

“The Reaper’s Due” Expansion Announced for CK2; Gamebook Available Now

Little remains of those settlements where the Black Death has passed through. Hasty burials make a mockery of the sacraments and set a feast for the crows. Once prosperous provinces have been laid waste, and the lord of the land hides away – secluded in his hilltop fortress, hoping the plague will pass him by. Wiser princes took precautions, and didn’t waste the revenues from more prosperous years.

But, in time, all must pay The Reaper’s Due.

The Reaper’s Due is the newest expansion for Crusader Kings II, the best-selling medieval strategy simulator from Paradox Development Studio. This expansion highlights the historic importance of epidemics and disease in the Middle Ages, especially the Black Death – an outbreak of the bubonic plague that may have killed a third of the population of Europe.

To help you pass the time until release, Paradox is happy to announce the release of a Crusader Kings II gamebook. Crusader Kings: Chronicles is a mobile interactive adventure from M. Harold Page set in the tumult of the Black Death as it ravages England. Read more about the game book here.

In Strategic Command you take command of the Axis or the Allies as a whole, without being limited to a single nation. This forces the player to think globally, in order to make the best use of all the resources and to plan successful strategies.

Knowing the strengths and the weaknesses of each faction is crucial to achieve victory!

Take a closer look at this infographic, featuring an interesting comparison of the evolution of the opposing forces in 1939 (the beginning) and in 1943 (the turning point). Divided in four main branches – Military, Research, Economy, Logistics – you’ll find tons of precious information and data!

Get more information about Strategic Command WWII: War in Europe from its official product page! The game is releasing this fall!

Winter War, the latest DLC for the highly praised Order of Battle: World War II, is now OUT for PC and Mac!

Never before have the Winter War and the Continuation War been recreated in such detail. Developer studio The Artistocrats brings these under represented conflicts to your screens.

With a radically different terrain and tactics, gameplay has been greatly altered. Employ ski troops to outmaneuver the enemy on snowy fields! Cross frozen lakes to catch the enemy unaware! Launch ambushes in deep forests! Use mud and frost to slow down the enemy advance then lure them into huge pockets, cutting them off from supply routes, then eliminate them and capture their vehicles!

Take command of the Finnish army and resist the red tide as the Soviet Union assaults you in the Winter War, then take the initiative and launch an offensive to regain lost ground in the Continuation War.

A new campaign with 13 new scenarios, 90 new units, a whole new environment: Winter War revolutionizes the Order of Battle formula. Will you be up to the task?

Remember: you can try the first scenario for free by installing Order of Battle: World War II and launching the Winter War campaign! Give it a try, it’s free! 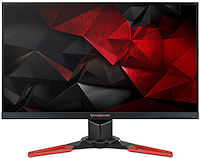 There sure aren’t a whole lot of options on the market for WQHD (2560 x 1440) 144 Hz monitors, and even less options when you’re looking for an IPS display panel. Heck, you don’t have a lot of options for WQHD 144 Hz TN panels, either, especially when looking for 27-inches or larger. Today we’re going to take a look at the Acer Predator XB1 (XB271HU), which is a 27-inch WQHD panel capable of a 144 Hz refresh rate, or 165 Hz when overclocked, and 4ms gray-to-gray pixel response times, featuring NVIDIA G-SYNC technology. Some other features include 100% sRGB color gamut, a brightness of 350 nits, and built-in 2 watt stereo speakers. This monitor has been available since November 2015, but has been well received by gamers.