An Update on Assassin’s Creed: Unity from Yannis Mallat details a dramatic gesture from Ubisoft to compensate customers for launch problems with Assassin’s Creed: Unity along with word of the release of the promised third patch for the stealth/action game (thanks Guile). Word is they will now give the Dead Kings DLC to everyone who owns the game. They will also give season pass holders a free game, and while they say: “Season Pass holders will continue to have access to a variety of additional content, including Assassin’s Creed Chronicles: China,” they also say: “We are discontinuing sales of the Season Pass.” All the details are in an Assassins Creed: Unity Offer FAQ, and here’s the overview:

We’ve been working hard to fix the problems players are reporting, and the patches we have released so far have resolved many of them. Today, we’re releasing our third patch, which fixes a variety of specific issues related to the game’s stability and performance, matchmaking and connectivity, gameplay and menus. You can find the release notes on that patch here: Patch 3 Notes

To show our appreciation for your continued support, we’re making the upcoming Assassin’s Creed Unity Dead Kings DLC free for everyone. For Season Pass holders, we will also offer the choice of one additional game from a selection of Ubisoft titles for free. More details on the offer for Season Pass holders can be found here: AC Unity FAQ

In addition to the latest patch and this offer, we are committed to delivering further fixes for other issues you’ve raised. In the meantime, please keep your feedback coming – it has been both humbling and incredibly helpful as we continue working hard to improve the overall quality of the game. We are hopeful that with these forthcoming updates, everyone will be able to truly enjoy their Assassin’s Creed Unity experience.

We will continue striving to make Assassin’s Creed one of the most ambitious and innovative franchises on the market, and we thank you for your continued loyalty and support.

Nival, an independent game developer renowned for their strategy games, have today launched a highly enticing pre-order campaign for Blitzkrieg 3. This long-awaited next installment to one of their most beloved franchises is set to innovate and elevate the strategy genre on PC.

Players who pre-order Blitzkrieg 3 will not only receive either a 10% discount on the Tactical Edition or 30% discount on the Strategic Editions of the game, they will also be automatically eligible to be among the first to get their hands on the game itself when the Closed Beta Testing launches this winter.

“We have high expectations for Blitzkrieg 3, for the game overall and particularly for its asynchronous multiplayer. We are striving to restore the interest in the RTS genre in general” commented Timur Suzi, Head of the Nival Studio in St. Petersburg.

Suzi continued, “The pre-order campaign is not only an opportunity for players to acquire exclusive in game content, but it’s also the chance to take part in the closed beta test which will start this winter. This means that it is also an opportunity to take part in developing Blitzkrieg 3, since we will be finalizing the game based on the opinions and feedback of the closed-beta participants.”

Blitzkrieg 3 is set to release in the first half of 2015. You can view the new pre-order trailer HERE.

For more information on Blitzkrieg 3 and to pre-order the game head to the games official website.

New missions, legacy features and AI characters all on their way for the ‘castle sim’ sequel

A new Q&A video has been released for Stronghold Crusader 2, answering questions on downloadable content and other post-release feature updates. Firefly answers questions put to them by players on new single player content, multiplayer modes, forthcoming updates and Steam Workshop:

The latest release in Firefly’s series of question and answer videos, made possible by the developer’s successful move to self-publishing on Steam and other indie-friendly platforms, aims to answer the biggest questions from fans on the future of Stronghold Crusader 2. Since its move to self-publishing Firefly has enjoyed an open and transparent relationship with players, from social media and forums to public game shows and community nights. These improved player-developer relations helped massively in the development of Stronghold Crusader 2 and continues to be a source of inspiration and fun for the Anglo-American developer.

What new game modes will be introduced post-release? Will these updates be free? When can players expect new AI characters? What features and characters will return from Crusader 1? Will there be new Crusader Trail missions? The freedom of self-publishing has allowed Firefly to be completely honest with fans of the franchise, answering these questions and revealing more detail about the future of the franchise.

Armageddon must not be lost!

A massive Space Hulk is drifting towards Armageddon with a fearsome Ork army on board. Led by the infamous and megalomaniacal Ork Warlord of Waaagh!

Ghazghkull, the Orks are prepared to land on the planet and invade this precious Imperial Hive World. This colossal conflict for dominance of the planet is known as the Second War for Armageddon! In Warhammer 40,000: Armageddon, players have the opportunity to relive this epic fight between the Orks and Imperial forces including the troops of the Armageddon Steel Legion and three chapters of Spaces Marines: the Salamanders, Blood Angels and Ultramarines.

Today we are overjoyed to announce that the game is finally released and available on both our sites and Steam! In this hex-based, turn-based strategy game developed by Flashback Games and The Lordz Games Studio, players will fight alongside iconic characters such as Commander Yarrick and Lord Dante to repel the Ork invasion, protect the hives, and eventually liberate the planet from this perfidious alien attack. But the Orks are well equipped and hard-boiled soldiers, therefore only those commanders able to expertly combine their units, take advantage of their special traits and abilities, and understand the assets and dangers of their environment will have a chance to save Armageddon!

Thanks to its epic story-driven campaign with more than 30 scenarios, over 300 unit types, a multiplayer mode in which players can command both Ork and Imperial forces, and a powerful map editor, fans of Warhammer 40,000 should prepare themselves for a long and heroic journey across the surface of Armageddon!

We are offering a $10 discount to the early adopters during the week of the launch! We are also going to offer a free Steam key to anyone who bought a copy of the game from the Matrix Games or Slitherine store, once the game is available on this digital platform!

Get more information on Warhammer 40,000: Armageddon from its gripping trailer and its official Steam page.

An Exo Zombies survival co-op experience is coming to Call of Duty: Advanced Warfare DLC in 2015.

The first chapter of Exo Zombies is included with the Havoc DLC pack or as part of the Call of Duty: Advanced Warfare Season Pass. Get the Season Pass for access to four exciting DLC packs at one great price, each delivering a collection of new, thrilling multiplayer content, bonus weapons and more. 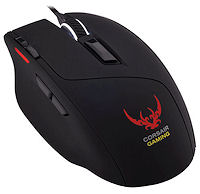 A few months ago Corsair changed their gaming brand name to something a bit more straightforward, Corsair Gaming. As part of that process they took existing peripherals, refreshed them and overall this was a successful process with several winning awards on our site. Today though we get something brand new to look at in our Corsair Gaming Sabre RGB Optical Review. 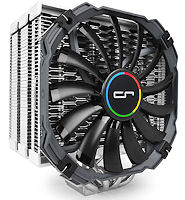 We always like to see products from brands we have never tested before. Seeing new things is always fun but often we find that there is a fresh take on product design, even on fairly simple products. Today that could be the case as we look at a new universal cooler in our CRYORIG H5 Review.

Hardware | Donster | November 27, 2014 |
Call of Duty: Advance Warfare is the Biggest Entertainment Launch of the Year

Sales and Engagement Up Over Last Year Through First Week

Activision Publishing, Inc., a wholly owned subsidiary of Activision Blizzard, Inc., today announced that Call of Duty: Advanced Warfare is the biggest entertainment launch of the year, besting not only all other video games, but also the biggest movies, music and books launched in 2014.

“We poured our hearts into making Call of Duty: Advanced Warfare an epic ride and we are pleased with the performance,” said Eric Hirshberg, CEO, Activision Publishing, Inc. “Sales and engagement are up through the first week compared to last year. Season Pass sales are up, as well. The game has been very positively reviewed and the response from fans has been tremendous. We believe Advanced Warfare will be the most successful game of the year and we thank our fans for making it the biggest entertainment launch of the year.”

Engagement for Sledgehammer Games’ newest entry to the franchise is based on statistics from the first week after launch according to internal estimates, with gamers playing more than 370 million online matches in its first week of release and levelling up over 200 million times in Advanced Warfare online multiplayer mode.

For the latest intel, check out the official Call of Duty website.

Marking the 12th piece of additional free content released for Rome II since launch, players will find their game updated via Steam today with the new, free playable faction of Massilia. A wealthy trading-state of Greek colonists situated on the north-western coast of the Mediterranean, Massilia has embraced Gallic culture and military techniques to form a unique and fascinating independent faction.

Additionally, the latest patch will drop at the same time, consisting of further balancing changes to unit strengths based on community feedback.

You can find full details of Massilia and the Black Sea Colonies Culture Pack here.