Bohemia Interactive and Vertexmacht are proud to announce today’s release of the first Arma 3 Creator DLC: Global Mobilization – Cold War Germany. This new content pack for Arma 3, which is made by third-party developer Vertexmacht and published by Bohemia Interactive, is further introduced in a trailer (watch on YouTube).

Global Mobilization – Cold War Germany takes Arma back to the 1980s, and deploys players to northern Germany. Besides a massive terrain, the DLC features tons of new vehicles, weapons, clothing and gear, plus a singleplayer campaign and a range of multiplayer scenarios. Its developer, Vertexmacht, consists of a two-man team with extensive experience in both professional game development and military service, as well as a longstanding history of participating in the Arma modding community.

A more detailed product description can be found on Global Mobilization’s Steam or Bohemia Store page, where the DLC is available for purchase for 19.99 EUR / 22.99 USD / 16.99 GBP (with a 10% early bird discount this entire week).

With Creator DLC such as Global Mobilization – Cold War Germany, Bohemia Interactive aims to provide more original quality content to Arma 3 players, create an opportunity for outside talent to earn a financial reward, while also making it possible to invest more into the Arma series’ long-term future. For more information, please feel welcome to read the latest Arma 3 blog post, and be sure to visit the Creator DLC webpage, which includes answers to some of the most Frequently Asked Questions regarding this new initiative.

For more the latest news and information about Arma 3, please visit the games official website, or via the Arma 3 page on Steam.

Extreme vehicular mayhem is the order of the day, as you take on a completely new gameplay experience in “Dare Devils of Destruction.” The DLC will introduce a new island, factions, and missions that will take your driving skills to the max. 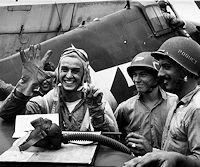 Today developer and producer Wargaming has released their latest major update 0.8.3 for its popular naval combat game World of Warships, introducing the new Victory competition and the opportunity for players to get early access to the upcoming Soviet Battleship line. The update also brings lots of new content for anime fans, with the return of the collaboration with mobile game Azur Lane and the addition of a permanent camouflage for the Japanese Tier X Battleship Yamato, by legendary mecha and spaceship designer Makoto Kobayashi.

A new trailer for Soviet battleships is available HERE.

With the launch of update 0.8.3., players will be able to participate in the Victory competition by daily picking one of two teams – Glory or Honor, to fight for. For achieving good results in battle players will earn Allowance tokens that can be traded in the Armory for exclusive rewards, such as Tier VII Soviet premium cruiser Lazo, Victory camouflage or containers with a chance to unlock one of the four new Soviet battleships. The next day, the winning team will have to complete more difficult tasks, but will earn more valuable rewards as well.

The new Tier V Pyotr Velikiy, Tier VI Izmail, T VII Sinop and T VIII Vladivostok are made for daring players. Contrary to their other nations’ counterparts, these heavily armored ships are equipped with powerful caliber guns and are best used at close to medium ranges. This aggressive design will allow players to punch through the enemy lines, leading the way for their fleet and dealing massive damage to their opponents in the process.

Anime fans will also be pleased to see the return of the Azure Lane collaboration, with the addition of 2 new ships and 15 unique commanders inspired from the license’s most popular characters. Legendary mecha designer Makoto Kobayashi also makes his return in World of Warships by designing a brand new permanent camouflage for the Japanese Tier X battleship Yamato.

Yamato – one of the most iconic warships, also got a facelift. After conducting additional research, World of Warships’ engineers managed to update the ship model with even more details, meaning that Yamato now looks exactly the same as she did when she set off to her final battle.

Lastly, update 0.8.3. comes with a host of new improvements, including a new Treasury building for Clans to store resources, improved signals and camouflages installation, and much more. Further details on the update 0.8.3. are available in the latest patch notes.

For the latest game information, and to sign up for World of Warships for free, visit the games official website!

Alexander is dead, and his generals now fight over his legacy and empire. To the east, Chandragupta has established dominion over much of India. To the west, the commercial republic of Carthage and martial republic of Rome are on a collision course for control of their half of the Mediterranean. And, far from the cities of coastal empires, fierce tribes of what the Greeks call “barbarians” follow their own paths.

Get ready to dive into the epic conquests and geopolitical drama of the classical world in Imperator: Rome, a new grand strategy game from Paradox Development Studio available now for $39.99 at major online retailers.

Choose from hundreds of republics, monarchies and tribal regimes and guide your nation to eternal glory. Will you repeat history and lead Rome to empire and glory? Or will you defy the fates and unite the Hellenistic Kingdoms under one crown? Can Carthage resist destruction, or will old Cato’s demand for its total destruction be fulfilled again?

The features of Imperator: Rome include:

Be a Hannibal. Be a Ptolemy. Be a Caesar. The riches and majesty of the ancient Mediterranean are yours for the taking. Seize the day!

For more game information, to purchase the game, and to view the new release trailer, visit the official Imperator: Rome webpage. Imperator: Rome is also available via Steam.

Ubisoft has announced that Fields of Elysium, the first episode of the second post-launch story arc of Assassin’s Creed Odyssey, The Fate of Atlantis, is now available across all available platforms. Throughout Fields of Elysium, players will continue their odyssey in the Greek afterlife to uncover the great mysteries within the ancient realms of the gods.

Fields of Elysium introduces players to the paradise of Elysium, an otherworldly realm of luscious growth and no conflict, ruled by the goddess Persephone. As the story unfolds, players uncover its sinister secrets while trying to unlock the power of the Staff of Hermes to find a way out of Elysium. Helping Hermes, Persephone’s friend Hekate, and the human Adonis, players uncover the true nature of Elysium as it inevitably descends into civil war.

In order to play Fields of Elysium, players will have two different options:

The Assassin’s Creed Odyssey post-launch plan is the biggest and most ambitious in the franchise, and season pass owners are able to access two major episodic storylines, Legacy of the First Blade and The Fate of Atlantis. Players can dive into new episodes as they are released or experience the epic adventures in their entirety once all episodes are available. The season pass also includes Assassin’s Creed® III Remastered and Assassin’s Creed® III Liberation Remastered, which released for the PlayStation®4 computer entertainment system, the Xbox One family of devices including Xbox One X and Windows PC on March 29th, 2019.

NVIDIA has launched worldwide its new entry level GeForce GTX 1650, giving you smooth performance on the latest games. With the GTX 1650 pricing starting at $149, the GTX 1650 is the great choice for gamers looking for a quick, easy upgrade, or those building a compact, power-efficient system able to play modern games. Like its other GeForce GTX 16-series siblings, the GTX 1650 is derived from the “Turing” architecture, but without RTX real-time raytracing hardware, such as RT cores or tensor cores. NVIDIA has not made a Founders Edition for GTX 1650. So the following reviews will be custom designs from various manufacturers. We’ve searched the web and posted the links to those reviews below.

AMD has released the latest in their driver suite, which brings about improved performance and support for Mortal Kombat 11 – that means gory details in full GPU-acceleration for the best possible gaming experience. Apart from that, not much to see here: there’s a fixed issue relating to AMD Link and Radeon Settings sometimes displaying incorrect parameters. The list of known issues is slightly larger, and follows after the break.