It is time for our first Panzer Corps 2: Axis Operations 1941 battle video.

This time, we will be covering one of the most impactful moments of the early war, the breakthrough at Thermopylae.

Speed is vital if you wish to break the retreating British and prevent their escape. Having secured the escaping British, the time will come when you also need to assault the mighty defences of the Thermopylae pass. How you tackle this task, is up to you.

Find out more about Panzer Corps 2: Axis Operations 1941 via the games official webpage.

When Fractal Design launched its Meshify 2 chassis, it impressed us so much that we had no choice but to award it a rare five stars. So you can imagine that I was quite excited when the company reached out asking if I wanted to review the new Meshify 2 Compact. In essence, it’s the same case but a little shorter, cutting back on the extreme storage or radiator setup possibilities, but offering the same basic design.

Because of this, the Meshify 2 Compact is arguably the more mainstream case suited to standard ATX setups that don’t need a ton of space – the vast majority of gaming systems. However, priced at $110, it’s not the most budget-friendly option, and it’s competing in a crowded segment. Let’s find out if Fractal Design has what it takes to earn yet another spot on our Best PC Cases list.

The latest in the Victory At Sea franchise hits Early Access today on Steam.

Evil Twin Artworks’ follow up to Victory At Sea Pacific has finally launched in Early Access with a weeklong 10% discount.

“Set in the American Civil War we have taken a different slant to other games out there by looking at this conflict from the naval side of things.” said James Carroll, Director at Evil Twin Artworks. “Battles took place on both the sea and on rivers of the American Civil War, as the navies of both sides supplied their land forces with resources and transport, requiring both to work together for victory. The Battles on the water powerfully affected the course of the war and would be fundamental as to whom would take victory.”

The game enters EA with a fully playable version of the Union campaign. Following on from this will see a Confederate campaign, as well as Modding and a custom battle mode which will launch through Early Access. While the game will launch in EA with a full roster of ports the Evil Twins will be adding more unique port environment designs as well.

Evil Twin Artworks recently played another round of Victory At Sea Ironclad in a Live stream on the Steam store and you can view it here.

From small skirmishes involving single ships and hunting down merchantmen, to the clashing of massive fleets against implacable enemies, Victory at Sea Ironclad is your ticket to exciting battles that take place on the dangerous seas of the American Civil War.

You can check out the new Steam page for Victory At Sea Ironclad HERE.

Out March 11th, Fates Divided is the next dynasty-defining Chapter Pack for Total War: Three Kingdoms. Set ten years after the turbulent events of the main campaign, players will bear witness to the bitter end of a once great friendship between two of the foremost warlords of the period as they fight to control the future of China.

Forge a new empire with an army headed by two of China’s mightiest warlords, the merciless Cao Cao and the powerful Yuan Shao, each with their own unique motivations and stories to tell from the 200 CE timeline. Following them into the battle is a multitude of era-defining warriors such as Ye Vanguard Spearmen, Xiongnu Noble Cavalry and Qingzhou Halberds, as well as the chance to control the elite Northern Army should you claim victory over your adversaries.

Players can also embark on a new cross-generational campaign as Liu Yan, a man of great ambition and strategy, as he attempts to establish a legacy for his family in the shadow of the Han Empire. Use his unique aspiration mechanic to set the stage for his son Liu Zhang’s eventual inheritance, and reap the rewards of your father’s hard work, or watch as his best laid plans crumble under your care.

The release of Fates Divided will usher in a sizeable free content update to all players of Three Kingdoms including faction reworks for Cao Cao and Yuan Shao, a new Imperial Intrigue mechanic, improvements to the Faction Council and much more.

More information on the Fates Divided Chapter Pack can be found on the official FAQ here.

Click here to pre-order Fates Divided and receive 10% off.

NVIDIA today released its new Geforce RTX 3060 graphics card. The review embargo has been lifted, and we have gathered together a number of reviews on various Custom cards from different manufactures. Here’s a bit from NVIDIA:

Having been built using the same NVIDIA Ampere Architecture as the rest of the GeForce RTX 30 Series, the new GeForce RTX 3060 offers all the same advancements, benefits and features, improving your gaming, live streaming, content creation, and work.

NVIDIA Reflex reduces system latency in competitive multiplayer games, helping get shots off faster, which can make all the difference between success and defeat. NVIDIA Broadcast uses Tensor Cores and AI to enhance your live streaming and conference calls with near-magical noise removal, virtual green screens, and more features that transform your space into a home studio. And the GeForce RTX 3060 also includes our initial support for Resizable BAR on desktop GPUs.

NVIDIA today released the latest version of GeForce drivers. Version 461.72 WHQL introduces support for the new GeForce RTX 3060 graphics card, and adds optimization for “Outriders” demo. In addition DLSS support is added for “Nioh 2 – The Complete Edition” and “Mount & Blade II: Bannerlord.” NVIDIA Reflex support is added for “Rainbow Six Siege.” Among the issues fixed are stuttering noticed with “Hitman 2″ and “Edge of Eternity” with G-SYNC enabled and in windowed mode; a performance drop noticed in Vulkan apps when switching between windowed and fullscreen modes with G-SYNC enabled; an application crash for “X4: Foundations” with Windows 10 1803; a legacy bug with Blu-ray playback flickering with HDMI display output; Chrome and Edge experiencing random TDR on “Ampere” graphics cards; and LG CX OLED TVs not being recognized as being G-SYNC capable.

You can download the GeForce 461.72 WHQL Game Ready drivers via GeForce.com.

Developed with the help of the Arma 3 community, all proceeds will go to the International Committee of the Red Cross (ICRC) to help thousands of people affected by warfare worldwide.

Bohemia Interactive is pleased to announce the release of the Art of War charity DLC for Arma 3. The DLC is available on Steam and features a walk-in museum with art made by the community, as well as premium content for USD $1.99 to help raise funds for the International Committee of Red Cross (ICRC). Those who wish to donate more can choose a higher price (USD $4.99 or USD $9.99), with all of Bohemia’s proceeds (after tax) donated directly to the ICRC.

To support the release of the Art of War DLC, the Arma 3 base game and all of its other premium downloadable content are currently on sale on Steam, with discounts ranging between 50-75%. This time-limited offer will end on March 1.

The Art of War DLC features an in-game art exhibition of community artwork under the theme “International Humanitarian Law in future conflict” which was submitted as part of Arma 3 Art of War contest. With Art of War, both organizations hope to raise a sizable monetary contribution to the ICRC’s humanitarian efforts as well as spread awareness about International Humanitarian Law. To help shine a light on the topic, the DLC’s premium package adds a special single-player combat scenario-focused around the topics of protecting cultural property in war zones and autonomous warfare.

Additionally, the premium DLC features new game assets such as a formal suit, a parade uniform, a new backpack, and various t-shirts, alongside several props related to art galleries and memorials. These items provide unique opportunities for Arma 3 roleplaying and user-generated content. The DLC release is complemented by a set of extra Arma 3 Steam Achievements for players to unlock.

The purchase of the Arma 3 Art of War Charity Pack adds the following premium content in addition to the DLC free content which is available to all Arma 3 players.

“We value the longstanding partnership with Bohemia Interactive and the support from the larger gaming community in helping raise funds for the ICRC and convey the importance of international humanitarian law. Such a contribution will help us in our humanitarian work to aid people around the world suffering from conflicts,” said Marek Resich from the Resource Mobilization division at the ICRC. 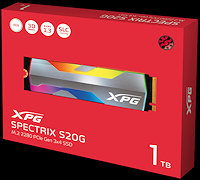 ADATA is one of the leading names when it comes to high-performance memory and storage. Actually, they’re even a strong competitor when it comes to laptops, PC cases and peripherals these days too! However, I’ll be focusing on their storage division for now. I have their new XPG Spectrix S20G M.2 2280 Gen 3×4 SSD in for review. It’s packed full of features, and promises RGB thrills, fast read and write speeds, so it’s sure to appeal to those planning a new Gaming PC or even a nice upgrade to their existing system. 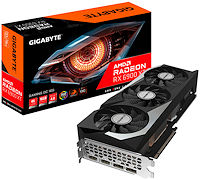