In addition, Steel Division: Normandy 44 owners who purchase can also look forward to exclusive new units in Steel Division 2, including:

For full details on pre-order bonuses for Steel Division 2, please head to the official website at buy.steeldivision2.com.

Watch the new Steel Division 2 – Back To War Trailer HERE.

Set during Operation Bagration on the Eastern Front in the summer of 1944, Steel Division 2 pushes the limits of the World War II tactical experience, delivering new 1:1 scale Dynamic Strategic Campaigns. Command entire armies during Operation Bagration, covering the Soviet counter-attack against Axis forces in Byelorussia. Battle in the multiple skirmish modes on 25 maps and customize your battlegroups in the brand-new deck system, allowing for an unprecedented level of customization.

Famed for their gripping atmosphere, intense gameplay, powerful story-telling and hauntingly realised game world, Metro 2033 and Metro: Last Light have earned their reputation as cult classics. Now, Deep Silver and 4A Games are ready to release the long-anticipated Metro Exodus. Five years in the making, it builds on the series’ strengths while offering players a new sensation of freedom and exploration in the wastelands of post-apocalyptic Russia. For newcomers to the series, this video explores the unique world and deep gameplay features of Metro Exodus.

The United States and its ally Colombia have declared that they will retaliate against any treat coming from the “murderous regime of Caracas” supported by Moscow.

After heavy fights occurred in two border towns, where soldiers wearing Venezuelan uniforms have stormed, Bogotà is quickly requesting support from the United States, worried that the Russian presence in the island of La Orchila would greatly impede any major action against Venezuela without escalating the conflict.

Are we witnessing the end of the Monroe Doctrine or will the USA intervene to prevent a new Syria-style crisis at their “courtyard?”

With the new Command LIVE DLC, you’ll be able to play the events that have happened recently, the historic tension between these two nations on the border is now at its peak.

The new Cold War of the Third Millennium moves quickly in South America. Choose which side to stay, and defend your Allied, deployed on the side of Colombia or Venezuela.

Watch the new Command LIVE: The King of the Border News Report HERE.

Find out more about Command Live: The King of the Border on its official webpage. 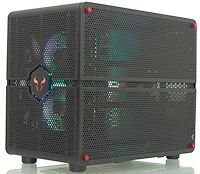 Many PC builders know what it is like to buy a new case only to end up having to replace it the first time you expand or downsize your system. Doesn’t sound familiar? How about the time you found the perfect case but it wasn’t available in the size you wanted at the time so you bought the case anyway, only to have the company release the case in the size you originally wanted a few months later. The good news is that Riotoro has developed a chassis that addresses those types of issues with the world’s first convertible PC case. Yes, you read that correctly. 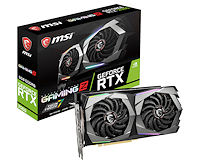 We’ve got a fast factory overclocked MSI GeForce RTX 2060 GAMING Z video card to review today. We’ll take it through its paces in many games, and find out how it performs, including overclocking performance with the competition. Does the RTX 2060 deliver better performance at a lower price compared to the last generation?

Wargaming, creators of the hugely popular naval combat game – World of Warships, today launched a new update (0.8.0) that brings with it a massive change to a core element of the game — Aircraft Carriers. Update 0.8.0 features an overhaul to Aircraft Carriers in World of Warships, making control and management of this class more accessible to players. The previous RTS style is now being replaced with action-oriented cinematic gameplay.

Taking into account several rounds of beta testing and significant player feedback, Wargaming has reworked Aircraft Carriers so that they now offer players direct control of their aircraft squadrons, sending them to attack targets, while Carrier commanders now feature additional skills specific to aircraft tactics. Also, when closing in on an enemy target, players can now take direct control of an attack group, giving the player a much more interactive air-attack experience. To celebrate the changes to the Carrier class, a new event, “Fly! Strike! Win!” will run from now until late April 2019, offering Carrier fans an opportunity to try out the new features and earn in-game prizes.

In celebration of the Lunar New Year, player’s home base, the Dragon Port, has received a cosmetic makeover. Dragons, fireworks, streamers, and more now adorn the Port, making it a festive place to dock your fleet! Along with the Port’s visual update, players will be able to earn new ship camouflage patterns for select ships (the Anshan, Loyang, Huanghe, and Irian), bonus containers, and flags.

Ranked Battles return in Update 0.8.0, allowing commanders to test their skills against one another to see who really is the best. This season sees a fresh new set of rules, designed to create more diverse gameplay for players.

For Clan players, a new “Naval Battle” series of Clan-focused missions arrives in this update. Every week, the Naval Battle continues from Friday through Sunday, giving players a chance to earn oil and glory for their Clan.

Click here to watch the “Dasha Presents Update 0.8.0″ video and find out more about the new 0.8.0 Update!

One good outcry deserves another, and recent review scores on Steam for Metro: Last Light Redux and Metro 2033 Redux are suffering at the hands of users unhappy with the announcement that the Metro Exodus will be sold exclusively through the Epic Games Store. In many past cases customers have concealed the agenda behind their review bombing, but PCGamesN notes that in this case many of these new reviews address the Epic deal directly, some including an ASCII giving Epic the bird over this. An interesting aspect of this situation is highlighted by Ars Technica, where they discuss how the lower commission taken by the Epic Games Store may lead to some games being sold there at a lower price. This is the case with Metro Exodus, which can be pre-purchased from Epic for ten dollars less than Steam was charging. Ars notes this still means more profit for the developer and publisher, as their 70% cut of Steam’s $59.99 price tag is $41.93, while 88% of Epic’s $49.99 SRP is $43.99.

XPG is the gaming division of ADATA, and has been manufacturing high performance computer peripherals for gamers and enthusiasts since 2010. XPG keeps close contact with the enthusiast market to determine their needs and develop the appropriate devices. Today, we are looking at their INFAREX K20 mechanical gaming keyboard that is available for $44.99 shipped. 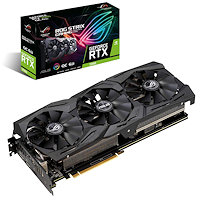 We review the new ASUS RTX 2060 STRIX OC edition. This premium product has already been tweaked the cards towards an 1830 MHz Boost frequency for you, making this a very rather fast offer in the RTX lineup, that looks terrific and familiar as well.

The past few months RTX became a tough sell and NVIDIAs popularity declined in a negative spiral. Whenever that happens, as a company you need to set things right. The first attempt at that will be what we review today, a product that most people can afford, the GeForce RTX 2060. The xx60 range typically is mainstream slash mid-range, however, at 349 USD (and really that’s where it’ll start) we do wonder how the general public will feel about that price. The last-gen GTX 1060 was launched at 299 USD. Before that era mainstream was in a 199 USD range. So in just a few years, prices have risen 75%, one year away of getting doubled if this trend continues. Admittedly, technology evolves, the fabrication nodes are more expensive, the anything RTX also uses more expensive GDDR6 memory. Everything factors in. Let’s hope it’s enough, as we really do like the RTX 2060 and it is in a price range that most people can afford. The big question that remains, is this product enough?