At gamescom 2017, Gaijin Entertainment announced that its popular vehicular combat MMOG War Thunder will soon add a sixth rank for Ground Forces via the upcoming New Era Update. The new rank will feature armoured vehicles from the 1960’s through the 1970’s and introduce new ground combat technologies, such as composite and reactive armour.

New mechanics added to War Thunder will significantly expand gameplay in top-rank battles, offering exciting challenges and skills to master to players. Stabilized cannons, one of the common features of Rank VI vehicles, allow players to shoot effectively on the move, while smokescreen launchers increase survivability after detection and open up new tactical opportunities. The introduction of modern armour technology will offer improved protection against HEAT shells and allow players to act more aggressively on the battlefield, which will see the addition of a great variety of new armoured vehicles from the second half of the 20th century.

At gamescom, the Soviet T-64A and US-American M60A1 RISE (P) were presented as the first vehicles on the new rank to feature modern armour technology. The T-64A, the world’s first mass-produced tank featuring composite armour, became a worldwide standard in tank production. It’s composite armour, which is a combination of several layers of different materials, offered improved protection against HEAT shells. In X-Ray view during the hangar screen, players of the T-64A can see in detail the protection their armour offers.

The M60A1 RISE (P) will be the first tank in War Thunder to feature Explosive Reactive Armour (ERA). Explosive-filled containers placed atop regular armour provide additional protection against HEAT shells. When hit, the detonation forces the container’s upper plate against the HEAT shell’s penetrator (a jet of metal moving at hypersonic speed), greatly reducing its effectiveness. Overwhelmingly useful against the first hit to the area, this type of protection leaves the armour below vulnerable to follow-up shots. The updated hit camera will clearly show attacking players which parts of ERA were hit and destroyed.

Additional iconic vehicles from the second half of the 20th century include the American-German MBT-70 project, or KPz 70 for the German variant. Both feature a powerful 152mm cannon capable of shooting conventional shells and guided missiles. The M50 MAG ‘Ontos’ is a powerful US tank destroyer armed with six 106mm recoilless rifles. The world famous BMP-1 personal carrier will enrich the Soviet tree with an amphibious multi-purpose vehicle equipped with a regular cannon and ATGMs.

Paradox Interactive, a stately pleasure palace devoted to ambitious rulers from all corners of the globe, announces a new expansion coming soon to Crusader Kings II. In “Jade Dragon,” the richest empire on earth looks to the west, seeking subjects and adventure.

In Crusader Kings II: Jade Dragon, Paradox Development Studio introduces the Empire of China as an off-map influence that can give great rewards or great dangers to those whose realms lie in the shadow of the Dragon. Flatter the Emperor with gifts of gold or concubines. Ask favors from the mighty prince. Stay on the good side of his appointed marshals on your borders.

What’s the old saying about crisis being both “danger” and “opportunity”?

Paradox hopes you are not too Jaded to enjoy a new trailer. 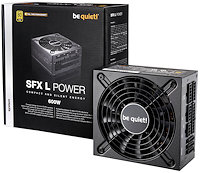 BeQuiet! recently expanded their power supply lineup with the addition of two new small form factor (SFX-L) units, the SFX-L 500W and SFX-L 600W. The new power supplies are fully modular and optimized for quiet operation as you might expect from BeQuiet!. The SFX-L 500W and SFX-L 600W are 80 Plus Gold certified for high efficiency and feature a high-quality 120mm cooling fan thanks to the lengthened SFX-L chassis design. While SFX-L power supplies are designed for use in small form factor enclosures, the BeQuiet! SFX-L power supplies can also be used in standard ATX cases to save room via the included SFX to ATX adapter bracket. However, keep in mind the cables are quite short as these power supplies are mainly intended for Small Form Factor builds. We will be taking a detailed look at the new BeQuiet! SFX-L 600W power supply in this review.

In this review we take a look at the ASRock X399 Taichi. This stylish AMD Ryzen Threadripper motherboard is available for 349 USD / 369 Euros and might be an attractive offer for the sheer amount of sweetness you receive in return. In this motherboard you will spot three locations for M2 SSDs combined with audio based upon a Realtek ALC 1220 and TI NE5532 Premium Headset Amplifier. ASRock is embedding a 2 x GigaLAN Intel I211AT into the board and sure, a bit of RGB LEDs as well (albeit very subtle). The CPU can be powered by 8+4 pin power connectors. The board has four PCI-Express x16 slots and an array of OC buttons as well as a diagnostic POST LED. Since X399 will bring support of up-to 64 PCIe Gen3 lanes bringing anything and everything multi-GPU support multi-GPU into play, including full-on quad GPU support, the spacing on the mobo does support it. Unfortunately ASRock did not implement any Aquantia AQC-107 LAN chip can be spotted, a bit of a miss for such a high-end product, you do get 802.11 a/b/g/n/ac + BT4.2 Wireless Ethernet, however a rather poor implementation of it, we’ll show you that in the review. You’ll spot a nice design familiar to that Tachi design. The X399 board is among the cheaper ones available listed at € 369,- / 349 USD.

There’s a new video showing off the dark, eerie interior of the new map coming on August 29 with the launch of Operation Blood Orchid. Dubbed “Theme Park,” the map is set in a deteriorating amusement park in Hong Kong, where smiling tiger and monkey mascots welcome players to the field of conflict. Proceeding past teacup rides into a spacious hall, players will have to resist the temptation to check out the arcade games and stop for a snack at the concession stands while proceeding to the objective. Gargoyles and mummies await inside what appears to be a haunted house section of the park, as you can see in the teaser video HERE.

The Theme Park map will be available for free to all players when Operation Blood Orchid launches on August 29.

The anticipated new chapter of the Order of Battle series is here: Burma Road is out!

Lead the British forces and their allies in the desperate defence of south Asia against the invading Japanese army. Fight across an unexplored theater and defend the gate to India.

Terrain is a double edged sword, it will hinder and endanger both your troops and those of your enemy. Turn this to your advantage: only by mastering the intricacies of jungle warfare will you manage to overcome your opponent. Make use of expert jungle fighters and train your army to adapt to the theater.

Execute deep infiltration attacks into enemy territory, striking unexpectedly and disrupting the Japanese supply lines! Make them pay for any progress until they have bled enough that they can be beaten back.

Burma Road adds a vast number of new units (over 70!) to an already huge roster. With new planes, artillery, infantry and several new factions, specializations and commanders and a campaign 13 scenarios long, Burma Road is a must have for any Order of Battle fan.

It is accompanied by a big update which brings the game to v.4.1.1. Among all new content being added to the game, some Burma Road units and commanders will be made available in other campaigns. 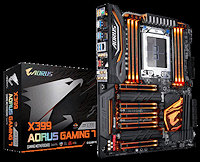 Recently AMD launched their mega-core Ryzen Threadripper processors and a new chipset to support these heavy duty processors. In this review we take the brilliant Gigabyte X399 Aorus Gaming 7 for a spin.

Threadripper processors do not only offer many CPU cores and threads, they also offer quad channel memory compatibility as well as 64 PCI-Express Generation 3.0 lanes on the processor alone. That last fact opens up a tremendous amount of possibilities for any motherboard manufacturer, as restrictions are lifted since there is plenty of bandwidth to work with. Well, leave it up-to Gigabyte to design something intricate and tasteful, they designed a motherboard that is going completely off the chart when we talk features. Triple M2 SSDs (full x4 PCie gen 3), a U2 connector, how about eight DIMM channels. You will spot many PCIE connectors, USB 3.1 ports as well as an abundance of storage options.

By Ian Boudrea @ The Wargamer

The problem facing any developer setting out to make a real-time strategy game today, particularly one set in World War II, is how to distinguish their title from a pack that’s already chock-full of very good games. StarCraft II’s success frightened off most competition for years, and between the excellent Company of Heroes and the janky-but-loveable Men of War series, it’s tough to keep your steel pot above the water line. Kite Games’ Sudden Strike 4 doesn’t try anything fancy, and while it’s a nice return to tactical basics at its core, the flaws make it hard to shake the feeling you could be playing a better, older game.