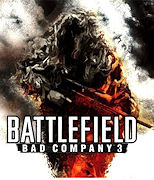 A YouTuber named AlmightyDaq is attracting attention with a new video called Battlefield 2018 Leaked Insider information. According to this, the next installment in the military shooter series will be Battlefield: Bad Company 3. Believing this seems like a stretch at first, since this is only the third video posted to that channel in over a year. But this carries some extra credibility since one of the previous videos there is called Battlefield 2016 Leaked Insider information, which turned out to be a detailed and accurate prediction of DICE’s plans for Battlefield 1. VG247 offers this summary of details from the video:

Now, he claims he has insider information about DICE’s next Battlefield, which he’s confident is going to be Battlefield: Bad Company 3. According to his source, the game is going to take place in the mid and post-Vietnam War era, up to the Cold War.

There’s going to be a campaign, with missions taking place throughout these conflicts, though he adds it’s not going to be historically accurate. The choice of era could mean that the lovable squad from the first two games may not return, though he didn’t have anything to say about them.

Multiplayer will bring back the focus on tighter maps, compared to Battlefield 1 and 4’s all-out war themes with larger maps. Conquest, Rush, Operations, and even smaller modes like TDM ,and Domination are all returning.

The choice of the era will naturally affect the weapon roster, which, according to his source, will also feature Battlefield 4 levels of customisation. Vehicles include tanks, LAVs, helicopters.

There’s going to be at least one new mode, which he says is similar to Squad Obliteration from Battlefield 4, supporting ten players in 5v5. Maps will be comparable in size to Bad Company 2 maps like Harvest Day, Oasis, and Grand Bazaar from Battlefield 3. In short, small-to-medium maps offering condensed action.

The four main classes in Assault, Engineer, Support, and Recon are all returning. AlmightyDaq does say that Bad Company 2 may bring back the Battlepack system, but there’s no plan to add microtransactions, though he says the backlash Star Wars: Battlefront 2 received factored into this.