Return to the Wasteland today with Fallout 4: Game of the Year Edition. With all the latest gameplay updates (including Survival mode), graphical enhancements, the ability to play Mods for free on PC and consoles, plus all official add-ons included, this is the ultimate way to experience the award-winning post-nuclear adventure from Bethesda Game Studios.

Winner of more than 200 “Best Of” awards – including the 2016 BAFTA and 2016 D.I.C.E. Game of the Year – Fallout 4 is the studio’s most ambitious game yet. As the sole survivor of Vault 111, you enter a world destroyed by nuclear war. Every second is a fight for survival, and every choice is yours. Only you can rebuild and determine the fate of the Wasteland.

Fallout 4: Game of the Year Edition includes the fully updated original game along with all six add-ons: Nuka-World, Vault-Tec Workshop, Contraptions Workshop, Far Harbor, Wasteland Workshop and Automatron. Fallout 4: Game of the Year Edition is available now on PlayStation 4, Xbox One and PC. Be sure to reserve your copy in the upcoming weeks from select digital and physical retailers.

For more information about Fallout 4, visit the official Fallout 4 website.

RAID’s unique character classes, hero special abilities, customizable weapons and uniforms, and real-world war-torn locations bring this surreal conflict to life as players fight for their freedom against the dastardly Nazi regime through sabotage, robbery and assassination. Four prisoners of war, freed by an ominous secret British intelligence officer named “Mrs. White,” must band together to take down Hitler and his Third Reich once and for all.

Players will utilize key game features to save Europe from the Nazi threat and get rich, including:

Aspiring raiders have two ways they can begin the fight against the Reich on Steam:

RAID: World War II Standard Edition at $39.99, which includes the full base game.

RAID: World War II Special Edition at $64.99 which includes the full base game plus:

WarfareSims and MatrixGames are proud to announce Shifting Sands, the third DLC/Standalone to be released under the Command label!

Egypt, Israel, Lebanon, Syria, … few places in the world could claim the title of being one of the most conflict-ridden regions such as the Eastern Mediterranean. Religious and geopolitical fractures are ravaging the region since the end of the British Mandate over Palestine in 1948.

Countless conflicts have erupted all over the years -in particular between the State of Israel and its Arab neighbours – constantly changing warfare’s nature.

Only fast-thinking commanders will be successful, in a world where threats are never static and last conflict’s triumphant strategy will lead you to disaster in the next!

Command: Shifting Sands traces the history of the Arab-Israeli conflicts following the proclamation of the State of Israel: from the sidelines of the Suez crisis, through the lightning Six-Day War, the guerilla-like War Of Attrition and the strategic surprise of the Yom Kippur War, all the way to the historic Osirak raid and the epic air battle over the Bekaa Valley.

Get more information about Command: Shifting Sands from its official Product Page!

Command: Shifting Sands can be played as a separate game (with the possibility to upgrade it to the base game with all the available database and scenarios at any point in time). Alternatively, it can be integrated as a new set of scenarios for owners of the original Command: Modern Air/Naval Operations Game of Year Edition!

Mozilla is announcing that the latest version of its Firefox browser, Firefox 57, is just too good for just another numbered release. The improvements under the hood are so great, they say, and the performance improvements over previous Firefox releases are so grand, that only one name would have been enough to convey this message. That’s why the latest Firefox release has been christened “Firefox Quantum“.

Mozilla are saying their new Firefox Quantum browser delivers 2x the score in Speedometer as their previous Firefox 56. The new, refined browser didn’t appear overnight, though; it’s seen numerous improvements under the hood through the application of the Goldilocks principle to browser design, straddling an approach between increased performance and acceptable memory usage. Multi-process and optimized memory footprint are part of the secret sauce, but a new, super-charged CSS engine written in Rust goes a long way. Prioritization of the open tab also helps this increased speed, while (Mozilla says) reducing memory utilization by 30% when compared to Chrome.

Sim155 Ltd. has announced that Combat Air Patrol 2 (CAP2) v810.4 update for the flight and naval combat simulator game is expected to be available in early October. This new update will contain a richer environment, with more buildings, lush vegetation, and a host of custom objects including power lines, lighthouses, water tanks, ATC towers, rigs etc. Lighting has been added to roads, runways, taxiways and buildings, illuminating villages and cities for superior immersion. The cockpit lighting in the AV8B Harrier II has also been updated, including night illumination.

You can follow the development of Combat Air Patrol 2 via its Steam Community Hub and at the games official website. 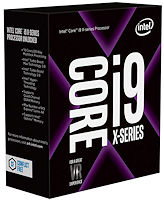 Activision has released a pair of “Meet the Allies” mini-trailers from Call of Duty: WWII.  One trailer introduces Major Arthur Crowley, while the second introduces French Resistance fighter Rousseau.

Get more game information at the official Call of Duty: WWII website.

Closer Combat, based on the Conquest Mode aims to make the beginning of battle more authentic by restricting the vehicle rush to the center of the map. This gives players more time to define strategy and more control on unit placement. In Closer Combat mode:

Other new features in today’s update include a remastered, more accessible first campaign mission, a new shortcut to toggle “slow-mo” in single player mode, and official servers for 4v4 games, to help reduce lags induced by the peer-to-peer mode, along with more balancing and more bug fixing.

Players can dive into in-game events throughout September

World of Warships is celebrating its second anniversary! Over the past couple of years, the game has gone from strength to strength with the help of its passionate community. Just two years ago, World of Warships launched with 10 maps and 90 ships from Japan and the US. Now, players can take to the seas with 228 ships across 10 nations and a massive 30 battle arenas.

“I’m really excited about the sheer amount of work the team has done over two years,” said Arthur Plociennik, World of Warships Executive Producer. “We’ve stepped up our game by cooperating with our players and channeling their feedback to improve and evolve their experience. So far, we delivered many updates and have big plans of moving further.”

In celebration of the game and its community, World of Warships will launch several fantastic in-game festivities that will run throughout September.

For the more information, visit the official World of Warships website.