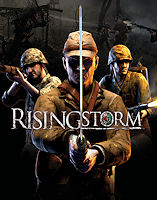 We’ve put together an action packed new trailer for the update that can be viewed here.

The Rising Storm: Armored Assault Free Content Pack is available now on Steam as well as many other digital outlets. Rising Storm is also on sale at a 75% off discount during Steam’s Midweek Madness Sale!