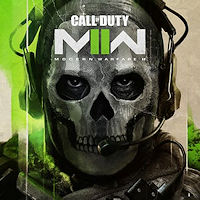 The wait is over. Starting today, fans around the world can jump into the highly anticipated Call of Duty: Modern Warfare II. Following the biggest beta in Call of Duty franchise history, the entertainment blockbuster ushers in a new era for the franchise with a host of new gameplay and technical innovations, in the most advanced Call of Duty experience ever. Call of Duty: Modern Warfare II delivers a massive amount of content on day one, including an epic and thrilling single-player campaign, incredibly immersive multiplayer action, and a new Special Ops tactical cooperative experience for Call of Duty players. Together with the all-new, free-to-play Warzone 2.0 coming on November 16, it’s an unrivaled offering for Call of Duty fans everywhere.

With amazing audio and visually stunning graphics, Modern Warfare II not only delivers an action-packed experience, but also raises the bar as the most state of the art Call of Duty experience ever. One unified game engine powers both Modern Warfare II and the new Warzone 2.0, delivering a seamless gameplay experience across both titles.