CBT access will be provided to all owners of early access packages. The admission of players will be conducted in waves, but as soon as reasonably possible. Within a week, every package owner will receive an invitation email. Players who have purchased early access packages earlier than others will be allowed into testing first. New users will be able to join other beta testers immediately after the end of the last wave.

The official Battlestate Games YouTube channel has posted a video about the start of CBT HERE.

With the start of this new phase, Escape from Tarkov receives a significant number of updates such as the addition of a new game location – Shoreline, along with re-balancing of existing locations and the addition of new spots to explore, more useful items, additional medicines and equipment, an advanced arsenal of weapons and weapon modifications, a balanced economy and insurance system, and lastly, a general chat to search for info or seek out raid companions.

“In recent months we have done a formidable job optimizing the speed and stability of the game, and fixed a lot of errors,” said Nikita Buyanov, head of the Battlestate Games. “Our main task is to make it comfortable to play for everyone. Therefore, I hope that players will understand the precautions we took with the gradual admission process. Of course, the development of the game doesn’t stop there. It will grow richer with features and content with every consecutive update, as soon as they are ready. For example, the closed beta testing will be soon expanded with the quest system.”

The studio also notes that there is no non-disclosure agreement (NDA) set forth for the closed beta testing. All users now have the right to make, store and share screenshots and videos, broadcast their gameplay and post game materials online.

Learn more about the project testing plans and the estimated completion time frame, and also pre-order the game on the official website of the project. 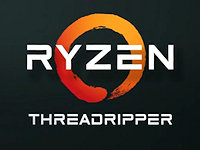 AMD has finally unveiled the curtain off their RX Vega enthusiast gaming hardware. With two versions having 4096 and 3584 next gen compute units, and priced at $499 and $399 respectively, AMD aims to appease the needs of the end user waiting for a single-card solution capable of providing a good gaming experience at WQHD and UHD resolutions. Backed by FreeSync, Enhanced Sync, and new Radeon Software features, we may finally have a contender for NVIDIA’s Pascal-based GPUs in the sub-$500 market.

Gaijin Entertainment today announced a massive expansion to the Naval Forces of the vehicular action MMO War Thunder. Now, each of the five fleets represented in the game’s most recent game mode feature their own Destroyers. These include the 1936-class Z20 Karl Galster for Germany, the Tribal-class for Britain, the 7-U-class for the USSR, the Fletcher-class for the USA and Yugumo-class for Japan. Try all of them in an upcoming Naval Forces testing weekend!

DESTROYERS IN NAVAL FORCES
The first Naval Battles in War Thunder featuring destroyers were received with overwhelmingly positive feedback by the players. Now, Naval Battles feature three different types of vehicles – aircraft, torpedo boats and destroyers – allowing players to perfectly adapt their choice of vehicle to the current situation on the battlefield.

Equipped with the largest-caliber weapons currently available in Naval Forces, Destroyers can engage opponents over extreme distances, even up to the opposite end of the map. To defend themselves from torpedo boats and attacking aircraft, they employ a large variety of lower-caliber automatic machine guns and cannons. The comprehensive, realistic damage model of Destroyers will allow virtual captains to truly feel ‘at the helm’ of a sizeable warship, requiring them to quickly make important tactical decisions. While the captain himself directs the fire of the main cannons, he can decide who are the priority targets for the crew manning the secondary armament, or which sections of the ship to focus on during repairs. In combat, time is of the essence – as damaged destroyers become a prime target for both torpedo boats and bombers.

For those keen to get early access to the regular testing sessions of ship combat in War Thunder and make their voice heard in the development process, more information is available here.

OPERATION S.U.M.M.E.R.
July 28th sees the start of Operation S.U.M.M.E.R., a month-long series of rewarding in-game activities. The two ground vehicles up for grabs this year are the Type 65, a powerful Chinese Anti-Aircraft modification of the famous T-34 medium tank for the Soviet tree, and the German Sd.Kfz. 234/4 “Pakwagen”, a heavy armored car equipped with a 75mm cannon. Virtual pilots will be able to take off in two new monoplane fighter aircraft, the P-43A-1 Lancer for the USA and the Ki-94-II for Japan. Further detailed information on the event and a daily updated calendar will be available on the game’s official website here.

About War Thunder
War Thunder is a free-to-play, cross-platform, massively multiplayer military masterpiece for PC, PS4, Mac and Linux with millions of fans worldwide, that allows players to fight their way across air land and sea with access to over 800+ historically accurate planes and armored vehicles from WWII to the Cold War. Fans can expect hundreds more added as Gaijin Entertainment commits to ongoing development via regular updates. For more information, please visit the official War Thunder website.

About Call of Duty: Infinite Warfare:

Infinite Warfare introduces an all-new story happening throughout our solar system, delivering gameplay innovations, such as space dog-fighting and zero-g combat, as well as seamless transitions from experience-to-experience keeping players constantly immersed in the action. Call of Duty: Infinite Warfare is published by Activision Publishing, Inc., a wholly owned subsidiary of Activision Blizzard, Inc and developed by Activision’s Infinity Ward.

Wolfenstein II: The New Colossus is so far looking like a game of two parts: the fast, loud, fighting bit, all gunmetal grey and muzzle flash, and semi-regular spurts of claret; and the slow, quiet and well-observed one, where war veteran turned long arm of the resistance William ‘B.J.’ Blazkowicz takes in what’s happening to the world he once knew. In the E3 preview it was seeing the terrible, personal, raw sadism of the returning antagonist Frau Engel. In this more recent one, it’s seeing how Nazism is shaping America.

Matrix Games announce that Pole Positions, the sixth installment in the Command LIVE series, has been released. This new episode explores a scenario in which the United States have to conduct a dangerous operation against Russian infrastructure without being detected!

The militarization of the Arctic is in today’s lead stories, as the region is playing an important but underrated role in the fragile post Cold-War balance between Washington and Moscow. The access to areas previously hard to reach has convinced most coastal states to increase their claims in the region.

The United States, in particular, are worried by news of the great progress made by the Russians in the deployment of the SHELF’ underwater Sound Surveillance System (SOSUS), and experts say that we might expect a reaction to this threat.

Can this reaction trigger an open conflict?

You can purchase Command LIVE: Pole Positions via its official product page!