AMD has just announced their 2016 major software update release (following Catalyst Omega in 2014 and Crimson Edition in 2015). It’s dubbed the “Crimson ReLive” release (numbered 12.6.1), and is purported to bring a lot of features and performance improvements across the board for AMD products, as has been historically achieved by AMD with these annual driver releases. This time, there’s just one other thing: game recording and streaming through the built-in ReLive app. It serves as a streaming app that works for both professional, developer and consumer use cases. It supports major streaming giants (such as Twitch and YouTube), includes an in-app toolbar and custom overlay, and is apparently going to feature its own tab inside AMD’s updated driver suite, with minimal reported impact on performance.

The British Dominions and Commonwealth states take centre stage in Together for Victory, the first expansion to Hearts of Iron IV, the hit World War II grand strategy wargame from Paradox Development Studios. And now a date has been set for the brave offspring of the Empire to show off their new uniforms.

Together for Victory will be available on December 15, 2016 for $14.99 at major digital retailers, including the Paradox Store.

This expansion is not only the first for Hearts of Iron IV, but sets the model for many future add-ons, bringing new detail and gameplay options to nations outside of the great powers. Canada, Australia, New Zealand, South Africa and the Raj of India have been given unique National Focus trees, more leaders to choose from, and a selection of industrial corporations to add extra color to your experience.

Game Designer Dan Lind has enlisted to present a short video summarizing what you can expect.

Together for Victory also includes:

Together for Victory is just ten days away! Mobilize your inner army and prepare for an even wider perspective on the world’s darkest hour.

Anyone can hold the helm when the sea is calm… but can you manage the deck of the Nimitz-class nuclear powered supercarrier, the USS Ronald Regan (CVN-76)?

Carrier Deck is a fast paced time management game where you will play as the Air Officer on board a CVN-76 in the midst of active war.

Load the right planes and helicopters up and ready them for the required military missions. Manage both launching and landing the planes, avoiding crashes that could spread throughout the deck wrecking multiple planes and damaging the ship.

Test your skills in a full spectrum of operations across the globe in extensive campaign mode, or just try the Skirmish mode for a quick challenge.

Carrier Deck will be released on PC and Steam. It is now entering its beta, so if you want to take part in it please apply here. We need motivated beta testers and your support and feedback would be extremely appreciated! 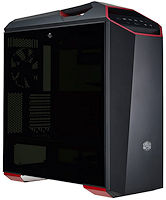 Cooler Master is a world leader in PC cases and gaming peripherals. If you are a PC enthusiast then you know their name quite well. Whether it be cases, gaming headsets, case fans, or other accessories Cooler Master is at the pinnacle of design and innovation. They have some of the most unique and cutting edge case designs in all of the enthusiast world. With cases ranging from your plain Jane type case all the way to way out designs that blow the mind. So with that said, today we are going to take a look at the Cooler Master MasterCase Maker 5t. This is a case that incorporates style, modular design, as well as ease of use. Once the Cooler Master MasterCase Maker 5t is available for retail purchase around December 22nd it will carry an MSRP of $249.99 as well as a 2 year limited warranty. But enough about all of that, lets dig into this case and see what it has to offer. 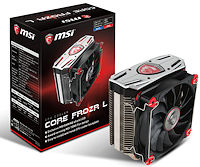 It’s a crowded market out there but there’s always room for something snazzy or a good performer, especially when it comes to cooling. We’ve seen a number of new liquid coolers hit the market, but rather than join that fray, MSI, which is better known for its graphics cards, laptops and motherboards, has joined the air-cooled party instead with the rather smart looking Core Frozr L.

Fans hungry for more info on Sniper Elite 4 can now watch “Italy 1943″, the first in a series of new story trailers for 2017′s first AAA shooter.

Featuring previously unseen concept art, environments, factions and brand new story details, “Italy 1943” recounts the intricate machinations behind the Allied invasion of Italy. In Sniper Elite 4, Karl Fairburne will help release the country from the shackles of Fascism, fanning the flames of resistance, and in doing so uncover a terrifying Nazi technology threatening the whole of Europe.

“In Sniper Elite 4, Karl is plunged into a country that’s been under the yoke of Mussolini’s Fascism for over two decades. Political opposition to the regime was either crushed early on or escaped abroad. Now, though, discontent is growing…”

Look out for future intel videos in the coming weeks: Each one will offer choice insights into Sniper Elite 4‘s dramatic story, revealing the intriguing characters, stunning locations and absorbing subplots you’ll encounter in wartime Italy.

For more info and to view the reveal trailer, head to the new Sniper Elite 4 website.