SEGA offers a new video for Total War: Attila, the follow-up title to Total War: Rome II scheduled to be available on February 17th, 2015, across all territories on both physical and digital formats. Developed by Creative Assembly, the next installment in the multi award-winning Total War series of strategy games will include some features that fans have been asking for, such as family trees and skill trees. It also features advanced street-fighting, civilians, complete settlement destruction and dynamic fire that can rage across a city as armies clash.

The Huns’ expert horsemanship makes them formidable foes. In battle, their combination of ranged attacks and the speed at which they can cover ground is breath-taking – and terrifying – to behold. In Total War: Attila the Huns’ starting hordes are strong, but need time to grow before they become a major force with which to scour the world. With their unique, unrelenting faction traits, the Huns could develop into an overwhelming force with the right guiding hand. They will need a legendary leader… will it be you?

Ubisoft announced that Assassin’s Creed: Rogue for Windows PC will be available for sale on March 10, 2015 across EMEA territories.

The acclaimed naval components from previous Assassin’s Creed games have been enhanced in Assassin’s Creed: Rogue. The game also gives players new weapons to use on both land and sea in pursuit of taking down the Assassins, including a new ship called the Morrigan.

Havoc includes a new cooperative experience, Exo Zombies. Featuring a story told through the eyes of four employees of the Atlas corporation and played by a celebrity cast consisting of John Malkovich (In the Line of Fire, RED, Burn After Reading), Bill Paxton (Aliens, Titanic, Edge of Tomorrow), Rose McGowan (Planet Terror, Scream) and Jon Bernthal (Fury, The Wolf of Wall Street), Exo Zombies ushers in a new breed of zombies and a truly unique experience, all included first in the Havoc DLC Pack. The actors provide their voice over and likeness in a dark and cinematic adventure new to Call of Duty: Advanced Warfare. These four performers help enlist players into a world where a DNA bioweapon unexpectedly spawns a bloodthirsty, ravenous mutant horde infecting a secret Atlas research facility and sending personnel running for their lives. Following a failed evacuation, four survivors, un-trained and underprepared, must face the most vicious mutations ever unleashed.

Find out more about the Havoc DLC via the official Call of Duty: Advanced Warfare website.

The new screenshots from DLC are available on the Men of War official website.

Conceived and written before real conflict arrived in 2014, Combat Mission: Black Sea is a military simulation depicting a fictional 2017 conflict between NATO and Russia in Ukraine. Command American, Ukrainian, or Russian ground forces in the increasingly sophisticated and deadly environment that is modern combined arms warfare.

Combat Mission: Black Sea is an all new standalone game and does not require any of the other Combat Mission titles. Black Sea depicts three modern militaries in extreme detail, including the United States Army, Ukrainian Ground Forces, and Russian Ground Forces. Included are the combat formations and equipment used by infantry, armored, Stryker, motor rifle, and tank brigades.

For more details about the game, an overview of the new features, and a bunch of beta screenshots, jump right here to the Combat Mission: Black Sea game page. 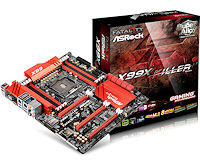 We review the ASRock Fatal1ty X99X Killer motherboard, this high-end X99 motherboard from ASrock has lovely features yet remains priced competitively in the 225 EURO / 279 USD margin. It has good tweaking options and allows up-to 3-way multi-GPU gaming in Crossfire or SLI. Features are nice, like the ten SATA 6 Gbps ports, the two Gigabit NIC jacks and the 7.1 channel HD audio as delivered by the high-end Realtek ALC1150 codec covered by an EMI shield, of course. 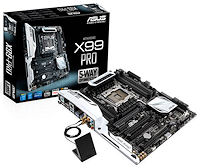 The X99-PRO seems to combine most of the X99-Deluxe’s features and overclocking potential into a package that’s more affordable. However, that lower price does hide several areas that have been cut back. So at first glance this motherboard looks to be every bit as promising as the Deluxe, but while it looks great on paper we are going to find out if the X99-PRO can actually meet our lofty expectations.