Wargaming to Support Series of Restorations at Bovington Tank Museum

Wargaming today unveiled details of its presence at the annual Tankfest, taking place at The Tank Museum in Bovington, England, on June 28 and 29. The company is raising funds to support vehicle restorations at the museum and will reveal its brand new mobile gaming unit, a WWII MGT-20 truck, at the event.

Wargaming organized an in-game special ahead of the military festival, inviting World of Tanks players to purchase a series of premium shop packages from June 21–22, from which the proceeds will go towards restoration projects at Bovington, including repairs of the British Comet tank, the Allied M4 Sherman tank, and the mighty German Jagd Kanonon tank destroyer.

“Wargaming has a long history of collaboration with The Tank Museum in Bovington. We both believe that legendary military warfare has great historic value and should be preserved for future generations,” said Wargaming CEO Victor Kislyi. “This year we’ve offered our players a chance to contribute to the restoration of the museum’s collections, and have been overwhelmingly impressed with their enthusiasm. Seeing our community so eager to participate in such projects allows us to plan for future efforts in supporting events like these.”

Along with announcing its donation, Wargaming will officially open the Company’s MGT-20 event truck. The vehicle will be equipped with gaming stations and Xbox 360 consoles ready and waiting for players to come and test out World of Tanks and World of Tanks: Xbox 360 Edition. Other community events at Tankfest will include raffles, trivia games, Q&A sessions with developers, and giveaways for players.

Get more game info at the official World of Tanks Website.

David Thompson, Lead Designer and Co-Founder of BattleGoat commented, “Both new scenarios are pretty good challenges for our players, especially the resistance encountered on British soil once German troops begin to approach London!”

In addition to the new update, BattleGoat is pleased to be participating in the Steam Summer Sale where Supreme Ruler 1936 is currently 33% off its regular price!

We’ve been fans of MSI’s “Gaming” series for some time now. The Z97 Gaming 7 has big shoes to fill and competition is heating up as competitors take a page from MSI’s book and bring some of respective offerings into parity with MSI’s price points. Does MSI still have what it takes to rule this particular market? We are about to find out. 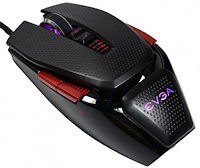 EVGA is currently on the move to release its own branded peripherals and we’re taking a look at one of their new mice that’s hoping to make a splash in a crowded pond. The TORQ X10 and TORQ X10 Carbon stray away from the video cards EVGA is most well-known for though their motherboards and power supplies are an indicator that they can do just fine outside of their usual space. We’ve got the TORQ X10 which also comes in the Carbon variant that utilizes a carbon fiber surface on parts of the mouse.

We review the dual-GPU GeForce GTX Titan Z. The card is much talked about as NVIDIA introduced the product at prices that are incredibly high. Then Nvidia decided to refuse to send out samples to the media. To this day that fact has remained the same, however once cards get into retail they inevitably will end up with the media regardless of what Nvidia wants. So today we test the dual GPU based Titan Z. A card that created a lot of controversy, as such we’ll go in-depth once again to see whether or not this 2800 EUR product even has a chance to compete with the 1300 EUR Radeon R9 295×2.

This may come as a surprise to some, but in war, you don’t have to kill every one of the enemy’s forces to win. Sometimes, the best way to complete your mission objective doesn’t involve facing a threat head-on at all. Enemy Front attempts to build a game on this mindset, and at times it delivers a mix of run-and-gun action and stealth with open stages featuring multiple paths. More often than not, however, its technology is too far behind the times to support the premise, and it doesn’t make for a good multiplayer mode either.

Here’s a new trailer from Call of Duty: Advanced Warfare with a behind the scenes look at the story in the upcoming military shooter sequel. As Activision puts it:

“Three years of development went into crafting the world of Call of Duty: Advanced Warfare. Sledgehammer Games Creative Director Bret Robbins discusses how research and technology come together to elevate the storytelling experience.”

Rack your 9mm and take to the streets – PC players now have instant access to the Battlefield Hardline Beta.

Just for signing up you’ll receive:

Those freebies not enough for you? We got you covered.

Gear up and prepare for war on the streets of Los Angeles like you’ve never seen.

Hannibal – the legendary Carthaginian military commander – is reviewing his troops before the battle. Today he’s waging one of his most important campaigns with the release of  Terror of Rome, the latest installment of the Alea Jacta Est Series!

In this new Grand Strategy game using the AGEod engine(www.ageod.com) , you will be able to join the Roman or the Carthaginian forces and relive one of the biggest clash of Ancient History with only one goal in mind: vying for hegemony in Mediterranean territories.

Hannibal: Terror of Rome is a true simulation that puts you in the place of the main commanders of the Ancient World. You will be in charge of building, managing, organizing and maneuvering armies, whilst taking into account the economic, military and political situation. The game is built on the renowned AGE engine and offers a comprehensive level of detail and historical accuracy.

Note this is a stand-alone game that does not require the Alea Jacta Est base game to play.

Get more information on Hannibal: Terror of Rome from its official product page.