The Pigeon Lands at Tea Time: La Résistance has its Release Date

The codes have been cracked and your agents are ready to move. The enemy will do their best to uncover your mission, but you’ve been preparing for this day for months. You will expose the collaborators and bring the vengeance of the oppressed to the very doorstep of the occupier. You are La Résistance. And the date of the operation has been set.

Paradox Development Studio is ready to announce that La Résistance, the next expansion to Hearts of Iron IV, will be available for all generals and spymasters on February 25, 2020. Hearts of Iron IV, Paradox’s best-selling strategy wargame about World War II, will now be supplemented by an expansion that highlights the challenge of governing unruly conquests and the power of well-placed spies.

Features of Hearts of Iron IV: La Résistance include:

Infinity Ward announces the solution to yesterday’s problems with the new Call of Duty: Modern Warfare patch. Word this is this should be solved thanks to a new backend fix. They are also working on a fix for those users who did not ignore the error prompt as they eventually suggested. Word is that though your stats were reset, your progression is intact:

We want to give a status update on the error prompt issue that occurred while rolling out today’s title update.

A backend fix has already been deployed across all platforms, so you won’t see a download prompt or see anything pop-up on screen to notify you a fix is available. This fix looks at two things:

Part of today’s update included additional loadout slots. If you created classes in these slots, you’ll see that they have been reset back to default. This will only happen one time. If you didn’t create any additional classes in those slots, you won’t notice anything. This also fixes an issue where clicking on these slots could kick some players back to the multiplayer screen.

We’re actively working on a fix for this, but do not have one to deploy tonight. You are still able to play the game as usual and your progression will still track, but please be aware that once we do have a fix, we may have to roll back your stats to the state they were in prior to today’s update.

We appreciate everyone’s patience while we work through this issue and thank you to everyone who has helped by sending us their information, videos, and screenshots. We’ll provide another update when we have more information for those whose stats were reset and again, thank you all for your patience. 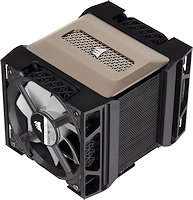 When you think of PC cooling, many of you will immediately think of both Corsair and an AIO cooler. You would be right to do so, they’re one of the biggest brands out there, and their AIO coolers are regarded as many of the best. Plus, their prices are pretty competitive, we know the performance is great, and they look good. So, what is Corsair doing making an air cooler? Well, this isn’t the first time. They did it a few years back with some budget air coolers, and well, they were a bit crap. Corsair is a much more premium brand these days, and the new A500 looks set to match their portfolio.

Military Simulation Fans Will be Able to Participate in Joint Operations of Air, Naval and Ground Forces

Gaijin Entertainment announced that the second season of World War mode called “Attack from the Sea” will arrive in War Thunder, the military online action game, very soon. This time players will be able to reconstruct famous historical battles using not only ground and air forces, but also naval units. The new season will see the US army defending the Philippine island of Luzon from the Imperial Japanese forces, while the Soviets will try to land their troops on the Crimean peninsula occupied by the Germans. Two inland battle scenarios will also be available – the battle for Caen and Operation Nordwind.

In World War mode the commanders of either side move air and ground armies on a strategic map, and when those armies meet, their clash is resolved with a battle session between players. The second season will add new types of armies like coastal artillery, landing ships and boat, destroyer and cruiser squadrons. New types of battle sessions include the defense of landing units convoys, air defense of coastal artillery and daring boat raids against heavy cruisers. The result of each clash influences the situation on the strategy map and the outcome of the whole operation.

Only vehicles that actually participated in the historical battle are permitted in World War battle reconstruction. Players that have not unlocked those vehicles or have not even tried that specific nation tech tree yet, will still be able to use them. During the first season of World War, the game provided the basic modifications only for the vehicles, but in the second season players will get fully upgraded tanks, ships and planes. Players will also have more freedom to choose the specific vehicles they want to use where it does not contradict historical accuracy.

More detailed information on the new season of World War is available at the official War Thunder website.

If you have read our three reviews yesterday, you will have noticed that the factory tweaked versions of the 5600 XT cards received BIOS updates that make them substantially faster.

NVIDIA lowered RTX 2060 pricing to 299 USD. And there’s where AMD made an 180 degree turn and pretty much created two separated SKUs for the 5600 XT. That would be the reference product, and then the factory tweaked (OC models) with greatly enhanced specs like a 180 Watt power envelope (opposed to 150W), an increase of the maximum turbo clock as well as a bump in GDDR6 memory data-rate going from 12 towards 14 Gbps.

Some board obviously already made retail prior to that BIOS update. Below you can see a collection of board partner links, with the BIOS updates and flash utilities.

Slitherine Games has revealed the release date you were all waiting for: Panzer Corps 2 will be released on March 19th. View the Panzer Corps 2 Release Date Announce Trailer HERE.

It will also be possible to pre-order the game starting on February 6th. Pre-ordering Panzer Corps 2 will give you access to a series of exclusive assets and a nice discount on the final price.

Yesterday was in general a big day for Panzer Corps 2. Slitherine Games had the producer of the game, David Sharrock, live on their Twitch channel for over a hour (watch the replay in case you missed it), during which he showcased plenty new features and new, never seen before gameplay footage.

Furthermore, as we had announced, Pixelated Apollo streamed part of the single player campaign for the first time ever. You can watch his take on the invasion of Poland HERE.

We have two more pieces of news for all Panzer Corps fans.

Get more information on Panzer Corps 2 from its official product page.

AMD today released Radeon Software Adrenalin 20.1.3 beta drivers. These drivers add support for the new Radeon RX 5600 XT graphics card that’s hitting the shelves today; in addition to fixing a handful issues. To begin with, the drivers address a display signal loss noticed when performing parallel actions such as web browsing, gaming or watching video. Game crashes related to Nioh, Dragon Quest Builders 2, WWE 2K20, Dead or Alive 6 and Atelier Ryza were fixed. Wolfenstein 2: The New Colossus now appears correctly in Radeon Software. Text overflow in some UI elements have been fixed. Loss of fan-tuning settings when switching between available GPUs has been fixed. Another kind of intermittent black screen on desktop idling for extended periods has been fixed.