More game info can be found on the official Rising Storm 2: Vietnam website.

Few wargames of the past have reached a legendary aura like The Operational Art of War. The incredible flexibility of the editor, the massive number of playable scenarios, the quality of the AI, made Norm Koger’s latest effort an operational wargame with unsurpassed standard.

No surprise that the recent announcement of a new chapter in the series captured the interest of many wargamers out there.

But as the saying goes “a picture is worth a thousand words”, a Live Stream is definitely better than 1000 pictures, and applying this rule, we are happy to announce that next week on Tuesday 27th we will be taking a look at The Operational Art of War IV LIVE!

Agrippa Maxentius will play some of the scenarios available in the game, including Iwo-Jima and Korea 1951 and show-off the different strategies, the features, the key innovations and more.

We will stream Tuesday 27th at 11 am CEST / 3 pm GMT / 5 pm CEST and for the first time ever, we will be live simultaneously on our official Twitch Channel, Youtube Channel and Mixer Channel at the same time.

Get more information about The Operational Art of War IV on the official Product Page.

Kill every Nazi in sight and spark the second American Revolution

Bethesda Softworks released another video for Wolfenstein II: The New Colossus, the sequel to the first-person shooter Wolfenstein: The New Order slated to launch worldwide on October 27, 2017 for Xbox One, PlayStation 4 and PC. Developed by MachineGames, Wolfenstein II: The New Colossus sends you to Nazi-controlled America where you’ll embark on an exhilarating adventure to free the world from the evil empire’s stranglehold. You will fight back against the Nazis in iconic locations such as small-town Roswell, New Mexico, the flooded streets of New Orleans, and a post-nuclear Manhattan. 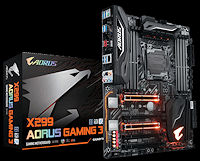 In our first Intel X299 motherboard review we take a look at what GIGABYTE has to offer in the X299 AORUS Gaming 3 – which offers Skylake-X and Kaby Lake-X processors a catalogue of enthusiast-grade features. 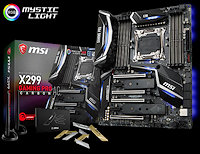 We review the X299 Gaming Pro Carbon AC motherboard from MSI. A motherboard with looks and many features on which to embark with that new Core X processor series. This motherboard is intended for Intel’s Skylake-X processors that will be released this summer based on Socket LGA2066, however, the motherboard also supports Kaby Lake-X procs in the form of the quad-core Core i7 7740K and Core i5 7640K.

MachineGames isn’t just known for their strong storytelling. They’re also a powerhouse in the realm of pure gameplay. And their latest game is no different. Announced at the Bethesda E3 2017 Showcase, Wolfenstein II: The New Colossus delivers the goods when it comes to intense – and intensely fun – shooter action.

“What really puts MachineGames on the map is that while we’re making really strong narrative games, we give enough room to have the proper gameplay experience,” says Senior Game Designer Arcade Berg. “It’s not that one is overpowering the other.”

From upgraded weapons to enhanced dual-wielding to bumped-up Nazi enemies, watch our latest video – with exclusive insights from the development team – for a first look at what’s new in The New Colossus.

While the gameplay has been taken to the next level for the latest chapter in BJ Blazkowicz’s saga, the goal remains the same: Obliterate the abhorrent Nazi regime. Which, of course, is all the motivation you’ll need to rally the resistance and liberate America. “They’re the perfect enemy,” says Executive Producer Jerk Gustafsson. “I mean, who doesn’t want to kill Nazis?”

But even with the futuristic technology and over-the-top action, The New Colossus will still make you feel like a real-world hero. “No matter how crazy things get, you are always emotionally invested in what you’re doing,” says Creative Director Jens Matthies. “For this game, our theme was catharsis. So at the end of it, I think you will be ready to go out on the streets and start a revolution.”

AMD late Wednesday released the latest version of Radeon Software Crimson ReLive Edition. Version 17.6.2 beta is the second release for this month, and comes with a quick-fix for the performance loss noticed in DiRT 4 after its latest game-patch, when the MSAA is cranked up to 8x. The rest of its feature-set appears unchanged from the previous 17.6.1 drivers. 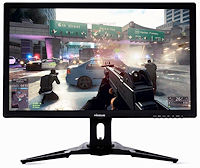 Los Angeles-based Nixeus has been working with AMD on FreeSync since the project’s inception. Nixeus was among the first companies to offer an affordable, Full-HD FreeSync monitor with a wide adaptive-sync frequency range and one of Nixeus’ monitors was used in AMD’s initial FreeSync demos all the way back in 2014. Now the company is readying a brand-new FreeSync-compatible display, the Nixeus EDG 27, that features an IPS panel, 2560×1440 WQHD resolution, and a price point that undercuts competing offerings.