Kingston Technology, one of the leaders in the industry has been rather well known for its previous HyperX 3K Series Drives. But as most already know, Kingston started to branch out its HyperX line up to its own brand as of the recent years and the HyperX brand has grown substantially. With this in mind, we are going to be looking at one of these new SSD Drives part of the Savage Series from HyperX.

Large scale strategy games set in the Pacific Theatre of WW2, such as Matrix Games’ War in the Pacific – Admiral’s Edition or their upcoming Order of Battle: Pacific, are extremely popular. However, by their very nature these large scale strategy games cannot show the nitty gritty of what actually happened in individual battles and encounters. Fortunately, the Second World War is one of the best documented conflicts of all time and there is an abundance of material available to fill this gap. Here at Wargamer.com we regularly carry historical articles for the Pacific Theatre of Operations penned by regular contributor John Dudek. Here we delve back to August 1942. We hope this adds context to your games.

Now in its 15th year, the award-winning Total War continues to offer a unique combination of huge-scale real-time battles and an addictive turn-based campaign game of statecraft, politics and empire building.

Total War: Warhammer will take the series to a realm of grand high fantasy for the very first time in its history. Our rules have changed, and with change comes war on a scale as yet unimagined.

The limitlessly deep and rich universe of Warhammer heralds a new era for Total War. Gigantic monsters, flying creatures, legendary heroes and storms of magical power take their place on the battlefield, alongside thousands of warriors clashing in real-time tactical battles.

In the turn-based campaign game, players will find the Old World an unforgiving and treacherous place, filled with endless war and cunning alliances alike. Whichever race you choose to play as and however you seek conquest, you will be faced with a conflict that threatens to tear the very fabric of reality asunder.

The first in an epic trilogy of titles, Total War: Warhammer will deliver hundreds of hours of absorbing gameplay. It will combine with two further standalone instalments and additional content packs to create the single largest Total War experience ever.

“We’ve always loved the Warhammer universe, and couldn’t wait to approach it with the same colossal scale and authenticity that has characterised our titles for the last 15 years,” said Total War: Warhammer Project Lead, Ian Roxburgh. “We’re bringing it to life in a way that nobody’s attempted before.”

Watch the announcement trailer, voiced by celebrated actor Steven Berkoff,  for just a taste of this forthcoming match made in gaming heaven.

For the latest news about this title and the other Total War games in development, visit www.totalwar.com. 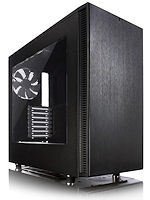 The Fractal Design Define S sports the same build quality and look as the Define family of enclosures, which we have come to love, but bears one very big difference: It is geared toward those building a custom liquid-cooling loop. With dedicated mounting possibilities for radiators, pump, and reservoir, the Define S shines where most other mid-tower cases fail by offering more than just a mounting possibility for pre-assembled liquid-cooling solutions.

Hardware | Donster | April 22, 2015 |
Brother against Brother: The Drawing of the Sword Released 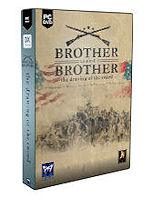 Ascendance, the second massive DLC pack for Call of Duty: Advanced Warfare  is coming to PC on 30th April. The definitive DLC package, with its four new thrilling maps, the formidable OHM, a 2-in-1 directed energy light machine gun/shotgun, the OHM Werewolf custom variant and the all-new Exo Grapple ability and playlist delivering a faster way to reach strategic vantage points or a brutal secondary weapon to take down the competition, exclusively on Ascendance maps.

Learn more about the Call of Duty: Advance Warfare Ascendance DLC on its official webpage.

Something a bit different in our regular historical piece slot this week. It is a sad, but inevitable fact, that the number of living veterans from World War 2 is very small. However, our regular columnist, John Dudek, had the privilege of meeting one recently and took the opportunity to chat with him about his experiences in the US submarine service.

Matrix Games has announced the release of the version 1.0.5 patch for the definitive grand strategy game Civil War II. A significant number of changes and improvements are brought to you upgrading the game to make it even more historically accurate: neutral Indians are passive (should stop them from besieging or interfering with USA/CSA units) and leaders of different nations, for the same side, don’t compete in the same chain of command anymore!

Download this update now and improve turn resolution speed by at least 50%!

Be sure to check the entire changelog here.

Get more information about the game from its product page.