Since its release in March, Vietnam ’65 has gained the favour of an ever expanding fan community, and the developers have been working hard to make the game even better. Many suggestions and requests have been made and discussed, and the results of this fascinating joint venture between players and developers will soon be revealed in the form of a significant update of the game scheduled for the beginning of May!

The new version has many new features and bug fixes, along with several specific popularly requested improvements, like fog of war, names for US bases and units, combat modifiers (including weather, level of supply…) and custom game options.

You can get more information about this major patch by clicking here.

Take to the high seas with World of Warships Developer Diaries #5: Japanese warships. In the latest installment, viewers can discover the history of the deadly and versatile Japanese warships stalking the oceans during the game’s Closed Beta.

The new dev diaries will check out the Japanese fleet, discovering what this nation’s Tech Tree has to offer and exploring how these vessels stacked up against the might of the U.S. Navy. Viewers can get to grips with Japan’s concept of qualitative superiority—outfitting vessels with as many guns as possible—and the design ethos that made their warships perfect for aggressive naval warfare.

The devs will also be analyzing iconic Japanese vessels such as the Mogami cruiser, which was equipped with lethal Long Lance torpedoes—enough firepower to blow anything out of the water. There’s also the most famous of all Japanese battleships: Yamato. The pride of the Imperial Japanese Navy, Yamato was one of the heaviest and most powerfully armed battleships ever constructed, a true terror lurking in the deep.

All this great intel is capped off with tips and tactics from the developers themselves, ensuring that anyone at the helm of these legendary vessels utilizes them to the fullest. 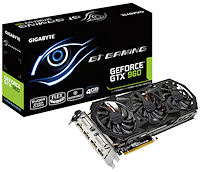 We review the 4GB model of the Gigabyte G1 Gaming GeForce GTX 960. The GTX 960 is the mainstream product that we figured has a notch too little memory, will this 4GB version resolve your and our concerns? We do know that this card is among the most silent we have ever tested, it also has great looks including a proper back-plate. The G1 Gaming comes factory overclocked, has a WindForce X3 based cooler and is a great overclocker as well. Let’s check it out, shall we?

NVIDIA released its latest “Game Ready” marked and WHQL-signed GeForce drivers, in the run up to a big game release – Grand Theft Auto V (GTA-V), in this case. NVIDIA also took the opportunity to bump its version numbering to R350, with the GeForce 350.12 WHQL numbering these drivers are being released with, today. These drivers come with a boat-load of optimizations for GTA-V, including SLI profiles, Dynamic Super Resolution (DSR) support, and GeForce Experience optimal settings. GTA-V supports NVIDIA-exclusive features such as MFAA, TXAA, percentage-closer soft-shadows (PCSS), 4K surround, and more. The R350 driver series also introduces OpenCL 1.2 support.

NVIDIA’s GeForce Game Ready 350.12 WHQL drivers can be downloaded from GeForce.com or through GeForce Experience.

Following today’s teaser trailer, Activision has now officially confirmed that this year’s Call of Duty title is in fact Call of Duty: Black Ops III from Treyarch Studios, the team that created the franchise.

Treyarch also created the now-popular Zombies mode, which will likely be featured in Black Ops III.

Although Activision has now confirmed Black Ops III, the publisher isn’t yet ready to share more details. But you won’t have to wait much longer to learn more, as the game’s official reveal is slated for April 26.

Set during the chaotic turn of the 10th Century; the world starts to emerge from the Dark Ages divided and at war. Combining intense battles with army management, kingdom building and devious social plotting offering rich, bite-sized Total War experiences.

Players will find themselves needing to rebuild a crumbled empire. Through managing the needs of their own fiefdom, players marshal formidable armies with which to duel against neighbouring kingdoms.

Intended to be the perfect slice of Total War gaming on the go, Total War Battles: Kingdom has been in a limited closed beta since announce last year and today goes into a wider Open Beta on PC. This Open Beta signals the start of the public releases for Total War Battles: Kingdom, with Mac and tablet versions coming later this year. With one persistent world, players will be able to continue their campaign across multiple devices, at home, work or out and about.

“Our armament must be adequate to the needs, but our faith is not primarily in these machines of defense but in ourselves.” (Chester W. Nimitz – US Fleet Admiral)

The Pacific Ocean: more than 160 million square kilometers of water. December 1941 – On one side the Imperial Japanese Navy with more than 400 ships and 1750 planes. On the other, the US Pacific Fleet with more than 200 vessels and hundreds of planes. An intense and merciless hide and seek game is about to start on the world’s largest ocean!

In Order of Battle: Pacific, players will be able to take command of both nations in a dynamic series of campaigns for supremacy in this strategic Theater of Operations. Iconic battles will be featured, but the performance of the players will directly influence the course of each campaign. Only commanders who know how to effectively combine land, air and naval units will have the chance to plant their flag on the multiple Pacific Islands.

Order of Battle: Pacific has now an official release date, as the game will be available on April 30! Developer The Artistocrats are now working on the final details to ensure a safe and successful ceremonial ship launching, later this month.

In the meantime, the official trailer of the game, introducing the Theater of Operations and some of its iconic units has just been released alongside the official Steam page.

Get more information on Order of Battle: Pacific from its official product page.

Those who are completely new to Arma 3, but are looking for the complete experience, could purchase the Arma 3 Extended Edition. The Extended Edition includes the Arma 3 Digital Deluxe Edition and the Arma 3 DLC Bundle, and saves people 9.99 EUR/11.99 GBP/14.99 USD over buying the vanilla game and DLC bundle separately.