Home Archive Forum About
Top Gun: Maverick Expansion Will be Released Coming May 25

Microsoft Flight Simulator 2020′s free Top Gun expansion will be published. The expansion was announced a year ago and was originally scheduled to be launched in November 2021, however that date was later pushed back. On Twitter, Microsoft confirms the Top Gun: Maverick expansion’s release date. Fighter jets from the film are included in the free DLC. Although the developer Asobo has not revealed which aircraft will be featured in the expansion, it is known that players will be able to fly in Tom Cruise’s fighter plane. An earlier trailer also indicates the inclusion of an American aircraft carrier for landing and takeoff.

The release date is slightly earlier than that of the film of the same name, which is scheduled for May 27. Microsoft had stated that the release of the Flight Simulator extension and the film would take place around the same time. However, no official and precise release date had been set. 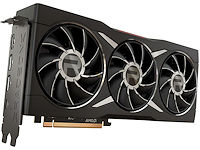 AMD has announced the launching of the new Radeon RX 6950 XT, RX 6750 XT, and RX 6650 XT series of video cards. AMD has lifted the embargo on reviews for a large number of new graphics cards from various manufactures. We have gathered a number of reviews from various websites and have listed their respective hardware review pages below.

Alpha Squad has just been set its final mission as they must descend further into hell to destroy Project Ragnarök and bring the nightmare to an end once and for all. The new Ragnarök Campaign & Character Pack for Zombie Army 4: Dead War contains a 2-part campaign mission as well as new outfits for Karl, Marie and Josiah and is available now on PlayStation 4, PlayStation 5, Xbox One, Xbox Series X|S, Epic Games Store, Steam, Microsoft Store, Google Stadia as well as for the newly released Nintendo Switch version. Additionally all Zombie Army 4 players will also receive the new “Death Collector” Horde Map free as part of a title update today.

Rebellion, one of the world’s most successful video games developers and publishers, has released a hellish new trailer showcasing the content from the Season 4 pack.

In the new mission the few surviving members of the cult have retreated deep into hell and put the mysterious Projekt Ragnarök into effect. With the help of Schweiger, Alpha Squad need to stop the plan which threatens to destroy the world.

First-Person Shooters Zombie Army 4: Dead War | Donster | May 5, 2022 |
Take A Closer Look at the Depth of Features in Sniper Elite 5

Rebellion, one of the world’s most successful video games developers and publishers, has today released a new trailer for Sniper Elite 5 which showcases the game’s features and game modes, including the first glimpse of multiplayer and Invasion Mode. With all footage captured in game, the new Features Trailer is available to view HERE.

The game’s expansive campaign is set in France in 1944 and centres around the events of D-Day. Elite marksman Karl Fairburne uncovers a Nazi plot called Operation Kraken that could turn the tide of the war back in their favour. Working in the shadows behind enemy lines, Karl has to use all the skills at his disposal to destroy Operation Kraken and the mastermind behind it Abelard Möller. The full Campaign is playable in two player online co-op allowing players to team up as they fight the Axis force and track down Möller.

However, human players can also try to thwart Karl’s progress as the new Invasion Mode allows an opposing player to join your game as an Axis Sniper tasked with hunting Karl down and taking him out. The invading player can make us of AI Axis soldiers to help them find Karl’s location, creating a high stakes game of cat and mouse. Meanwhile Karl can utilise phones placed within the level to gather intel on the invader and their location. Invasion Mode can be toggled on/off in the game menu.

Multiplayer is not restricted to the campaign as a suite of tense multiplayer combat modes are also available. Complete with all format crossplay, Sniper Elite 5’s multiplayer features four core game modes each with a host of customisation options allowing players to create their own matches.

The Sniper Elite franchise has always been recognised for its advance gun physics and this have been elevated even further for Sniper Elite 5. With weaponry painstaking recreated from real world reference to ensure maximum authenticity, the guns in Sniper Elite 5 contain a meticulous level of detail and all have their own unique feel and characteristics to the player.

The series defining Kill Cam has also been elevated. Clinical kills with pistols and SMG will now trigger the Kill Cam in addition to rifle and takedown kills. Bullets will ricochet off bone, causing increased devastation which is shown to the player in even more gory detail than ever before.

Weapon customisation has also been greatly enhanced with players now able to change a weapon’s stock, magazines, receiver, barrel, scopes and iron sights as well as its materials. This allows every player to create a suite of weapons that perfectly suit their individual playstyle as well as the mission that they are undertaking. Customisation options are unlocked in the game by discovering workbenches that are hidden within the maps. At these benches players can then customise their loadout meaning that they can adapt their playstyle and approach on the fly without having to restart a mission.

New traversal mechanics have unlocked even more playstyle options. The routes you take can define if you are stealthy and stay in the shadows or go loud and take the fight to the enemies head on. The ability to climb vines for example allows Karl to reach new areas of the map giving him sneaky routes, great vantage points and access to secret locations further adding to each mission’s replayability.

Learn more about Sniper Elite 5 on the games official website.

Rebellion, one of the world’s most successful independent studios, has today released a new video for Sniper Elite 5 which gives in-depth insight from the development team about the variety of weapons in the game as well as the incredible customization options available to the player. The new Weapons & Customization Spotlight also reveals the steps the team at Rebellion takes to recreate the authentic weapons in minute detail and is available to view HERE.

Rebellion worked with renowned military historian and star of the Combat Dealers TV show, Bruce Crompton as well as the Imperial War Museum and Royal Armouries Museum to capture thousands of reference images and audio recordings of World War 2 weapons and vehicles to help ensure maximum authenticity. The new video takes you behind the scenes and shows the meticulous level of detail that goes into creating the game.

Sniper Elite 5 offers a level of customization never seen before in the franchise with players able to change a weapon’s stock, magazines, receiver, barrel, scopes and iron sights as well as the materials. This enables the player to finesse their weapons to best suit their playstyle, whether that is stealthy and methodical, ‘run and gun’, or a mixture of the two. Customization options can also be accessed during gameplay as the player discovers Workbenches in the game maps. These will in-turn unlock further customization options.

The latest game in the award winning franchise, Sniper Elite 5 will release simultaneously on Xbox Game Pass, Xbox One, Xbox Series X|S and PlayStation 4 & 5, Epic, Steam and Windows Store on May 26th 2022. The game is available to pre-order now and players that do pre-order will receive an additional Target Führer campaign mission entitled “Wolf Mountain”. A Deluxe Edition is also available, which will include Season Pass One, as well as the P.1938 Suppressed Pistol for pre-orders.

To keep up to date with all the latest Sniper Elite 5 news please visit sniper.com.

For the first time in the series’ history, Strategic Command will be taking you to the 19th century battlefields of the American Civil War. In this turn-based strategy game, you will control the armies, research, production and diplomatic policy of either the Union or the Confederacy during a time of great innovation and dramatic battles.

Strategic Command: American Civil War is coming soon with a massive 296 x 224 map, covering all of North America from Canada and New Mexico to the Caribbean at a 15km/9mi scale.

This is the largest hex-based map ever offered by the Strategic Command series, 6 campaigns covering the Civil War from first shot to last, new unit types, new technologies, riverine warfare, historical event popups, PBEM++ and much more, check out the product page for full details HERE.