Obsidian Entertainment and Paradox Interactive today announced that “The Road to Eternity,” the behind-the-scenes documentary following the incredible fan-funded role-playing game (RPG) Pillars of Eternity, has been released in its entirety for viewers worldwide. Created as part of the wildly successful Kickstarter campaign in late 2012, “The Road to Eternity” provides a rare and unfiltered in-depth look at how crowdfunding not only saved the studio during one of the darkest points in its history, but led to the creation of one of the most anticipated and highly reviewed RPGs of all time. Pillars of Eternity is often quoted as not only fulfilling promises made to its backers, but far exceeding them. Its overwhelming critical and commercial success has contributed greatly in validating crowdfunding as a movement in funding games.

In “The Road to Eternity,” Obsidian’s talented team of developers Josh Sawyer, Adam Brennecke and CEO Feargus Urquhart who have contributed to such notable franchises as Fallout, Star Wars, and Dungeons & Dragons pull back the curtain on the Pillars of Eternity development story, and share unguarded thoughts and testimonials about the bleak lows and the dizzying highs of their journey. The documentary offers a great deal of inside information for fans, as well as a rare look into what crowdfunding can mean to an independent game developer.

Months ago NVIDIA promised GeForce video card owners that were using the Fermi GPU that Windows Display Driver Model (WDDM) version 2.0 support would be coming in 2015. This is a big deal for many Fermi owners as they have patiently been waiting for mixed WDDM support and the other Windows 10 features. Windows 10 includes WDDM 2.0, which is designed to dramatically reduce workload on the kernel-mode driver for GPUs that support virtual memory addressing, to allow multithreading parallelism in the user-mode driver and result in lower CPU utilization.

The new NVIDIA GeForce 361.43 WHQL Drivers along with the Windows 10 November Update will now allow Fermi GPU owners to use WDDM 2.0 in single GPU configurations. For mixed-GPU configurations (Fermi being used in the same system with Kepler or Maxwell GPUs) you’ll be able to use WDDM 2.0 for the very first time. For those that are running Fermi GPUs in SLI, you are still stuck on WDDM 1.3.

Other than Fermi WDDM 2.0 support, the GeForce 361.43 WHQL drivers has support for GameWorks VR 1.1 including VR SLI support for OpenGL applications and support for the latest Oculus SDK. If you want the latest drivers for the best VR gaming experience, look no further.

You can download the new GeForce 361.43 WHQL drivers from GeForce Experience and GeForce.com.

A Christmas gift for all the fans of Flashpoint Campaigns!

This is a tremendously intense battle. It’s a NATO attack scenario and it uses all 14 hours that can be allocated for a scenario’s resolution. Created by the Mad Russian to highlight the new larger map and full time allowed for scenario resolution, just in time for the Christmas holidays!

From OTS to you, Merry Christmas!

You can download the .zip file of the scenario in the download section of the game or simple by clicking here.

Players Can Refer up to Four Friends and Get Rewards

Today, Ubisoft announced a friend referral program for owners of Tom Clancy’s Rainbow Six: Siege on Windows PC. Starting now, all existing Windows PC players can give up to four friends full access to the game this weekend by visiting rainbow6keys.ubi.com. Whether these recruits want to play 5 vs. 5 multiplayer, co-op Terrorist Hunt or one of the solo Situations, the entire game will be available to them for free this weekend without restrictions.

· Existing PC players can visit rainbow6keys.ubi.com right now to receive four referral keys.
· Recruits can start pre-loading the game as of now, through Uplay™.
· Free weekend access begins Friday, December 18, 12:01 am CET and lasts through Sunday, December 20, 06:01 am CET.
· Each recruit who redeems a key will reward referrers with a 24-hour Renown Boost that they will receive shortly after the program ends.
· Recruits who decide to purchase the full game will receive a 25% discount from the Uplay Shop and keep their in-game progression.

AMD released the WHQL-signed version of Radeon Software Crimson Edition 15.11.1 as the new 15.12 WHQL. It addresses a variety of game-specific issues, including rendering errors on Star Wars: Battlefront; bugs on Fallout 4; texture-compression issues with Just Cause 3; poor CrossFire performance with Call of Duty: Black Ops 3. It also addresses a critical issue in which the driver would either spool fan-speeds all the way up to 100% on load, or lock them down at 30%, causing certain GPUs to overheat. A variety of bugs specific to the Radeon Settings app were also addressed.

You can download the Radeon Software Crimson Edition 15.12 WHQL here.

We saw the panzers arrive, crushing everything under their tracks. We thought our Air Forces would save us, but they were completely smashed in the first days of fighting.

Cities fell one after the other. Our forces withdrew deeper and deeper inside the Motherland.

Now Winter is coming and Moscow is close to being besieged.

It’s time to push back the invaders!

The acclaimed wargame series Panzer Corps is back with another incredible stand-alone expansion! Soviet Corps will bring you at the head of the Red Army in its grimmest moment: you will have to stop the overpowering Wehrmacht! Save every resource possible, retake the initiative and push the Germans to Berlin!

This expansion is ready to enter the Beta Phase! Be part of this great milestone and help us in giving the final touches!

You can apply for the Beta here.

Matrix Games have announced that Siliconsoft Systems Inc., the Development Studio behind Tigers on the Hunt – the upcoming hard-core tactical wargame – has released the new games cover art!

A fearsome Panzerkampfwagen VI – also known as the Tiger I – stands alone, its tracks in the mud, while its commander watches, ready to engage the enemy!

Tigers on the Hunt is a World War 2 wargame for PC.

It creates a truly and immersive depth tactical simulation. It boasts a ferocious and adaptive AI which will dynamically respond to a player’s manoeuvres. Players can enjoy massive battles across up to 12 connected geomorphic maps with over 200 Infantry units, 100 Support Weapons, 100 Ordnance pieces and 50 Vehicles per side!

Get more information from its official product page!

Strategy and Wargaming Tigers on the Hunt | Donster | December 17, 2015 |
World of Tanks is Now Available for Windows 10 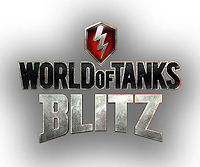 World of Tanks Blitz has arrived on Windows 10! Tankers across the world can now jump into quick skirmishes on any Windows 10 device – mobiles, tablets and PCs alike. By expanding to a new platform, the game brings 7-vs-7 tank combat to a brand-new audience with an array of enhanced gameplay functionalities.

Optimized for Windows 10, players will battle on one World of Tanks Blitz server across iOS, Android and Windows 10 platforms. To ensure equal chances of victory, those on Windows 10 PC devices will have a separate matchmaking queue.

Finally, to make World of Tanks Blitz a true cross-play experience, a number of in-game interfaces and elements have also been enhanced, which includes intuitive touch-screen controls for tablets and phones, and keyboard and mouse support for those gaming on Windows 10 PCs.

World of Tanks Blitz has already been downloaded over 40 million times across iOS and Android, and features over 200 tanks from Germany, Great Britain, the United States, the USSR and Japan.

To learn more about the upcoming release of World of Tanks Blitz on Windows 10, visit the official portal.