Legendary Zero pilot Saburo Sakai was Japan’s most recognized ace, but few knew the man behind the legend

Saburo Sakai is probably Japan’s best-known pilot of World War II, with the possible exception of Captain Mitsuo Fuchida of Pearl Harbor infamy. In a seven-year combat career, Sakai survived horrible injuries and impossible odds, and almost got a chance to kill Lyndon Baines Johnson. The fact that Sakai never made a combat launch from an aircraft carrier in no way detracts from his significance as a naval aviator and Japan’s third-ranking fighter ace.

During World War II the United States used American Indian code talkers to thwart enemy decoding of battlefield radio and telephone traffic. The exploits of these men—almost all of whom were Navajos serving with the Marines the Pacific—are justly famous, thanks to several popular written histories and the 2002 film Windtalkers.

Yet few people realize that U.S. reliance on code talkers during wartime did not originate with Navajos on some jungle-covered South Sea island. It was, instead, on the shell-pocked Western Front battlefields of World War I that American Indians—mostly Choctaws in Army uniforms—were first tasked with transmitting crucial military communications in languages the enemy could not decipher.

The story of the B-17s that arrived over Hawaii during the Japanese attack has been told many times, but what happened to them?

On December 7, 1941, 12 unarmed B-17s on their way to reinforce the Philippines arrived over Oahu to find Pearl Harbor and Hickam Field under attack.

Six, led by Major Truman Landon, were from the 19th Bomb Group’s 38th Reconnaissance Squadron. Two of them, Landon’s 41-2413 and 41-2408 piloted by Lieutenant Karl Barthelmess, were brand-new B-17Es. The other four were obsolescent B-17Cs that would never see combat again. Following were six B-17Es from the 88th Reconnaissance Squadron, 7th Bomb Group, led by Captain Richard Carmichael in 41-2429.

Carmichael decided to fly northeast, “just off the ground,” and try Bellows Field. At Bellows he encountered more chaos, and at Kaneohe and Wheeler too. With little choice left he turned into the wind, lowered the landing gear and flaps and, in a near stall, dragged the Flying Fortress onto the runway of the short auxiliary strip at Haleiwa. Lieutenant Harold Chaffin had landed there five minutes earlier in 41-2430. Lieutenants Robert Thacker in 41-2432, Harry Brandon in 41-2433 and David Rawls in 41-2434 braved Japanese and friendly fire to land at Hickam. Lieutenant Robert Ramsey, Brandon’s copilot, recalled “getting shooted at, muchly, by both countries.” Lieutenant Frank Bostrom in 41-2416 landed on a golf course at Kahuku. One B-17C was destroyed on landing and another dam­­­­­­aged beyond repair, but all eight B-17Es and two B-17Cs were safely down by the time the Navy issued orders to “cease firing on B-17s at­­tempt­­­­ing to land at Hickam.”

ON THE CALENDAR, World War II ended with Japan’s surrender on September 2, 1945. For millions of American military personnel who made it through the hostilities, the duration dragged on into 1946. However, for the families of more than 279,000 Americans who died overseas, the war continued until loved ones reached their final resting places. Often this was through a U.S. Army program repatriating deceased servicemen and women aboard mortuary trains that in their day were front-page news but now are forgotten.

Although obsolescent even before World War II began, the Ju-87 Stuka terrorized ground troops and found a late-war niche as a tank-buster.

Never has a warplane so obsolete, vulnerable and technologically basic wrought so much damage to its enemies as did the Junkers Ju-87 Stuka. Even as Germany invaded Poland and triggered World War II, its Ministry of Aviation (ministerium, or RLM) was hard at work on a replace- Reichsluftfahrtment for its dive bomber, and the early Ju-87B was intended to be the last model made. No surprise, since typically an air force begins development of the next-generation aircraft the instant the current machine goes into service. But hard as they tried, the Germans never came up with a Stuka successor, so the angular, archaic “little bomber,” as the Luftwaffe called it, was the airplane that on September 1, 1939, dropped the first bombs of the war, and on May 4, 1945, flew the final Luftwaffe ground-assault mission. The very last propaganda film made by the Luftwaffe showed Stukas attacking Soviet tanks on the outskirts of Berlin, smoke streaming from their big antitank cannons. That’s 5½ years of nonstop combat by an airplane adjudged by some to be too primitive, too slow and too vulnerable before the war even began. 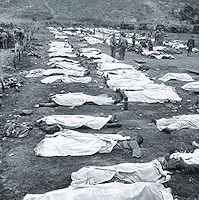 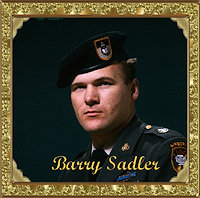 Outnumbered and outgunned, the Marine pilots of VMF-221 paid a heavy price for their heroic efforts to stem the Japanese onslaught on Midway Atoll 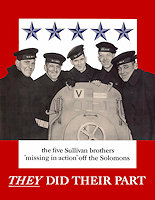 In the late evening and early morning of November 12-13, 1942, the United States and Japan engaged in one of the most brutal naval battles of World War II. Minutes into the fight, north of Guadalcanal, a torpedo from Japanese destroyer Amatsukaze ripped into the port side of the American light cruiser USS Juneau, taking out its steering and guns and killing 19 men in the forward engine room. The keel buckled and the propellers jammed. During the 10-15 minutes the crew was engaged in battle, sailors vomited and wept; to hide from the barrage, others tried to claw their way into the steel belly of their vessel. The ship listed to port, with its bow low in the water, and the stink of fuel made it difficult to breathe below deck.