On the 5th of April, 1986, terrorists detonated a bomb in a Berlin nightclub. The bomb killed 2 American soldiers and a Turkish woman and injured 229 others, 79 of whom were American.

In response, citing evidence that the government of Libya was responsible for the bombing, US president Ronald Reagan ordered airstrikes against Libya on the night of April 14/15, code-named OPERATION EL DORADO CANYON.

Kushan Gaming has something special in store for you, This Saturday, his CMO Twitch stream will be covering the Operation El Dorado, 1986 scenario, but instead of giving just 2 hours of gameplay, he will be playing in real-time, without time acceleration!

Kushan will be conducting the operations for almost 8-10 hours, covering the flight around France and Spain, the strike itself and then the path to Rota.

The show will be starting at 6 pm BST and will last until the scenario is complete. Remember to bring some coffee and good stories to tell: this will be a long ride!

Operation El Dorado Canyon, 1986 scenario has been designed by Kushan himself. He did a lot of research into the operation using multiple sources of information. The scenario recreates every aspect of the raid, including the USAF strike from the United Kingdom with its trip around France and Spain and along the north coast of Africa with multiple in-air refuellings. Also simulated is the very strict ROE the pilots had to operate under.

Find out more about Command: Modern Operations at the games official webpage. 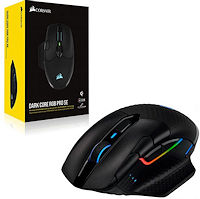 NVIDIA has released GeForce software version 445.87 WHQL. The drivers come game-ready for “Minecraft with RTX” beta. Optimization is also added for “Call of Duty Modern Warfare 2: Campaign Remastered,” “Saints Row: The Third Remastered,” and “SnowRunner.” Among the issues fixed are a BSOD noticed with “Rise of the Tomb Raider” in DirectX 12 mode, a black flickering in “Doom Eternal,” some DirectX 11 games failing to launch with Image Sharpening being enabled, and a graphical corruption when waking up a notebook display from sleep.

You can download the GeForce Software 445.87 WHQL drivers via GeForce.com.

In support of this release, the Arma 3 base game and all Arma 3 downloadable content packs (DLC) are on sale from today until April 21 (10:00 PST/18:00 CEST) on both Steam and the Bohemia Store, with discounts of up to 70%. The Arma 3 Apex Edition, which includes the Arma 3, Arma 3 Apex, and three extra DLC packs, provides an additional 15% bundle discount.

In Arma 3 Apex: Old Man, the player assumes the role of a retired Legionnaire living on the South Pacific island of Tanoa. When a new strain of malaria causes yet another humanitarian crisis, and local authorities fail to distribute an effective vaccine to the civilian population, “Old Man” is tipped off about a possible plot. Together with a former military contact, he attempts to avert a catastrophic power play in the region.

The new scenario drops the player into Tanoa’s 100 square kilometer tropical terrain with just a few instructions. It’s up to the player to find their way around, gather intel, obtain weapons and equipment, and decide on the best tactics to accomplish objectives. While the scenario aims to offer an authentic experience, the player does have access to a few convenience features, such as the option to wait and skip time, and the ability to fast travel between known safe houses.

Arma 3 Apex: Old Man provides more than 10 hours of playtime. It is released together with a free platform update for all Arma 3 users. This update adds new static machine gun variants and several other assets to the game, and implements various fixes and improvements. The full changelog for update 1.98 can be found on the Arma 3 website.

Join the fight and advance on a special event map towards spectacular rewards!

Armored Warfare proudly announces the release of “Raid” during its on-going “Spirithaven” season. Taking place mid-season, commanders of the vehicular combat MMO are invited to a unique event battlefield, available from April 14 to May 14. Players that have followed the narrative missions of Armored Warfare’s seasons into the harsh realities of the near future have found themselves in a cut-throat world where resources have become increasingly scarce. The new month-long “Raid” event will put players into the role of raiders, conquering the territory of the event map to claim what is theirs. Four main rewards in the form of spectacular vehicle skins await succeeding commanders, along with a very special bonus skin as reward for players that complete all the challenges!

Players will move along the lines representing roads and other paths forming a grid. Each grid intersection has a point that is either a mission that they must complete (Mission Points), or a reward that they may claim (Reward Points). Completing the mission or claiming the reward unlocks another portion of the grid. Each of the four main prizes await them placed at the far corners of the territory map. Players can get access to the event by completing the fourth Spirithaven Special Operation on the Extreme difficulty or purchasing access for 499 Gold.

Stake your claim and battle it out to all four corners of the map for honor and glory in Spirithaven’s latest special event. Additional information on the Raid event can be found at the official Armored Warfare community site.

We test and review the Fractal Design Celsius+ series, an All-in-One Liquid cooling kit that is decent in performance with an up-to 360mm radiator and with a choice of Prisma ARGB fans or Dynamic X2 (no-RGB) fans. These liquid cooling kits are pre-fitted with a single loop and ready to install straight out of the box. Armed with pretty nice looks, sleeved tubing Fractal Design offers a competitive model in the massive LCS kit arena.

World of Tanks invites players to complete one simple battle mission to earn access to the full single player version of Master of Orion for Free!

World of Tanks today invites commanders to rediscover the legendary Master of Orion universe – gifting access to the iconic 4X strategy game to any player who completes one simple battle mission in World of Tanks!

In order to take the fight to outer-space, players need only complete a simple battle mission in World of Tanks Random Battles (including Grand Battles) between April 9 and April 23, using any tier. Once these are complete, players will be able to download Master of Orion, with all races and single player mode unlocked, downloadable via the Wargaming.net Game Center. Commanders will also receive unique Master of Orion customizations for their World of Tanks vehicles as a reward!

Max Chuvalov, Publishing Director of World of Tanks said: ‘We are excited to give our commanders the chance to take their conquest spaceward, using their tactical skillsets in another atmosphere – for free! For both old players and new, the Master of Orion universe is a boundless and exciting strategy game that will give adventurers the chance to explore the final frontier from their front room. Make sure you jump into World of Tanks right away to download this amazing content!’

Within the downloadable single player package, players will have the chance to experiment with over 75 researchable technologies, explore giant galaxies with up to 100 solar systems, modify spaceships to achieve victory – with access to the original game, the Revenge of Antares DLC, The Terran Khanate alien race and Retro Fleets from the collector’s edition.

Diehard fans of the initial titles will be relieved to know that this revival was built under the watchful eyes of the original development team – and has retained its unique interstellar warfare and beautiful exploration. Players are invited to experience a fully orchestrated score as they confront hostile civilizations, negotiate with mysterious aliens, share knowledge with allies and uncover this artfully imagined universe.

Season Three for Call of Duty: Modern Warfare is now live, offering new content and rewards for players of the military shooter and Call of Duty: Warzone, its free-to-play battle royale spin-off. Here’s a new trailer showing off the accompanying battle pass. Here are all the details:

“When you play Modern Warfare and Warzone, you’re joining a massive community of players having fun, staying connected and playing together,” said David Stohl, Co-Studio Head, Infinity Ward. “Season Three is packed with free, new content coming to players across both Warzone and Modern Warfare. From the new maps and modes coming to core Multiplayer and the new ways to play in Warzone – including all-new Quad gameplay, this season is going to be awesome; we can’t wait for everyone to jump in and start playing.”