Day of Infamy Blasts Out of Early Access Today 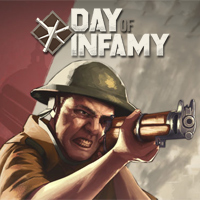 Slitherine and Every Single Soldier are once again taking the strategy genre from a totally new angle. After the stunning success of Vietnam ’65, the counter-insurgency gaming system create by Johan Nagel is back in a new setting, with a new look and with a monumental list of new features.

As before, you are faced with the task of destroying an ever elusive enemy while striving to win the Hearts & Minds of the local population. You must juggle spending resources to fight the enemy, while at the same time capitalizing on the opportunity to bring civilians to you cause.

You are facing a barrage of obstacles, from IED’s to hidden enemies such as local militia that excel at guerrilla warfare as well as Taliban troops that make their way over the mountains from Pakistan to stifle your efforts. You own casualties can severely damage military progress, while eliminating enemy troops and assisting villages and improving their infrastructure can significantly assist you. You will have many tools to achieve success, from the mighty Apache Helicopter, to Special Forces units which can be used to train Afghan National Army Units, or to hunt down the enemy.

Logistics are also a key factor: defending supply convoys without which troops will suffer and will be vulnerable to ambushes and loss of combat effectiveness is the key to attain a solid victory.

Furthermore a tense political situation grips the country. Unpredictable Political Events can significantly alter the outcome of the struggle and Elections will play a vital role in the mission to stabilize Afghanistan.

With 18 different campaign scenarios starting from the initial actions in Afghanistan to the culmination of American involvement there are tens of hours of counter-insurgency warfare to be played. The game also has an extremely customizable Skirmish mode which allows to consistently alter any parameter of the operation the your liking.

Afghanistan ’11 is available on the Slitherine site and on Steam. Check out the product page for more details.

Celebrating the major milestone of more than 3 million Arma 3 copies sold, Bohemia Interactive today published a new video to offer a special first look at the upcoming Jets DLC and to discuss their plans for Arma 3 in 2017 and beyond.

In the video, Creative Director Jay Crowe provides a quick retrospective of Arma 3’s journey so far, and scans the horizon for what is currently in development.

“It’s become something of a yearly tradition to share our plans for Arma 3 via a quick retrospective of progress, and a look ahead at the work in front of us. Although 2017’s no exception – it’s once again our pleasure to present our development, with a particular focus on the upcoming Jets DLC – this year is extra special, as we celebrate passing the 3 million milestone for the Arma 3 playerbase.”

While the official release of the Arma 3 Jets DLC is scheduled for May 2017, Bohemia Interactive intends to make its contents available for public testing on Arma 3’s Dev-Branch in the next few weeks. To gain pre-release access, players should pre-order the Arma 3 Jets DLC on the Bohemia Store with a 10% pre-order discount (original price: € 9.99 / $ 11.99 / £ 8.99).

The first chapter in Deathstorm, a brand new mini-campaign for Sniper Elite 4, is out now on PlayStation 4 (Europe/North America), Xbox One and PC (Steam). As well as that, there’s a whole load of new content now available – keep reading for all the details!

Deathstorm Part 1: Inception is the opening chapter and mission in the three-part campaign, playable from start to finish for 1-2 players. Set after the events of the main game, the first chapter takes players to the colder terrain of northern Italy, and a Nazi naval base recently targeted in a bombing run.

With imposing scaffolding, a German destroyer and myriad Kriegsmarine soldiers to negotiate, Karl Fairburne must help finish what the bombing run started. But his primary mission concerns the secret Manhattan Project: To retrieve a critical, mysterious package codenamed Deathstorm.

Multiplayer fans, meanwhile, can dive in to Elimination, a brand new and free multiplayer game mode!

This two-team mode for up to 12 players is all about trying to whittle down your opponent’s numbers. If you kill an enemy player, they’re forced to sit out on the sidelines. But if their team kills one of your teammates, they tag back in one of their sidelined comrades. In Elimination, all is not lost, even when you’re 1 v 6.

Sniper Elite 4 players can now download their first free multiplayer map too, called Night Woods. As previously pledged by Rebellion, ALL additional multiplayer maps and modes for the game will be FREE.

Since we released Strategic Command in November last year, our next goal was to keep improving the game, making it better and better.

The first official update – the “Garand Update” – brought a huge amount of fixes and improvements but, even if important, the update didn’t include a very anticipated feature, Multiplayer.

Today, your patience has been rewarded, as the PBEM system has been integrated into Strategic Command and it is finally available!

But the news is not over, because alongside the PBEM, the version 1.02 updates the game in many aspects!

Here are some highlights:

Get more information on the Strategic Command WWII: War in Europe from its official Product Page.

AMD have released the Radeon Software Crimson ReLive Edition 17.3.3 Beta drivers. These drivers come with optimization for “Mass Effect: Andromeda,” including support for AMD CrossFire in DirectX 11 mode. To enable CrossFire, however, you need to input “-RenderDevice.AmdCrossfireEnable 1″ as a command-line argument (set launch options in Origin). The drivers also fix a texture flickering issue noticed with the game.

Battlestate Games has released some new screenshots for Escape from Tarkov. The main feature of the nearest update is the Scav game mode.

Scavs are Tarkov locals who decided to walk the path of bandits. Essentially, a Scav is a side character which can deliver you an entirely different gameplay experience. Equipment, weapons, place and time of Scav spawning on location are set randomly.

The most important thing about playing as Scav is that if you get killed in the raid, you will not lose anything from your main character’s possessions, and if you survive, you can add whatever you looted to the cache.

In other words, this is an alternative way to find and save items and to take part in combat, but without constant fear of losing everything that was found or brought into the Raid.

Escape from Tarkov is a hardcore story-driven MMO featuring elements of both FPS and RPGs. The events take place in the Russian city of Tarkov, which has been sealed off by roadblocks after having plunged into chaos of warfare between private military companies. Escape from Tarkov’s Hazardous Environment Combat Simulator employs a number of custom system modules to create incredibly immersive gameplay and lets players feel the reality of what is happening in the game.

More info on Escape From Tarkov can be found at the game’s official website.

The game is a brutal, authentic recreation of the Vietnam War, allowing players to join the fight

Iceberg Interactive and Tripwire Interactive have unveiled a new video for Rising Storm 2: Vietnam, illustrating the sequel to 2013′s Rising Storm in the works at Anti-Matter Games and due to be launched for PC later this year. The game invites players to experience intense tactical action with up to 64 players in battles, with each force having their own unique abilities and tactical advantages such as Napalm Strikes, Artillery Barrages, surface-to-air missile strikes, traps, ambushes and more.

Make a difference and heal yourself and your friends in the hellfire of battle with First Aid Kits for Heroes & Generals.

More than 60 different weapons can put an end to your life as a soldier in WW2 MMOFPS Heroes & Generals. However, with the just released ‘Medic!’-update and the new First Aid Kits you can now treat a wounded teammate or heal yourself in battle.

“Soldiers who know how to effectively utilize a First Aid Kit on the frontline will provide a major tactical advantage to their teams,” says Jacob Andersen, Game Director at Reto-Moto: “First Aid Kits have been one of the most requested features among the community, and we are happy to finally have them in Heroes & Generals.”

With the ‘Medic!’-update all soldiers in Heroes & Generals have the option of equipping either the standard First Aid Kit or the larger Medic Pouch. By doing so, players can now support their friends in combat in addition to “just” shoot at the enemy – they can even, if they so desire, equip their soldiers with multiple Medic Pouches and minimal weaponry to create in effect their own field medic class.

The First Aid Kit and Medic Pouch are available for all factions and for all soldier types in Heroes & Generals today.

Along with the new update Heroes & Generals also offers players a Veteran Year Bundle available in the ingame store for a limited time only.

The full changelog for the Update 1.05 ‘Medic!’ can be found here.

Heroes & Generals is available for free at HeroesAndGenerals.com.