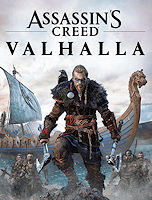 Assassin’s Creed Valhalla is my favorite Assassin’s Creed, which is saying something considering it’s a series that spans 23 games. It builds on the already excellent RPG foundations laid by Origins and Odyssey, but with meaningful improvements that iron out many of the frustrations I had with both games. Case in point: Not once during the 60-hour story was I told to stop and level up a bunch before I could take on the next quest. That also means Ubisoft isn’t selling optional experience boosts, either. Thank god.