Order of Battle to Feature the Kriegsmarine!

Order of Battle returns to its roots with this DLC and it expands to the icy waters of the North Sea and the Atlantic Ocean, pitting the Kriegsmarine against the might of the Royal Navy and its allies.

Order of Battle: Kriegsmarine features a subject rarely touched upon by other games and never with such level of detail: you will follow the German navy in its years-long campaign to challenge the Allied supremacy of the sea.

This will put you in situations which you’ve never faced before in the Order of Battle series. You will fight as the underdog and support land operations, perform convoy-raiding missions, lure enemy ships into deadly ambushes and make extensive use of submarines. Fight through historical and what-if scenarios alike and demonstrate you are the real master of the seas!

The game will feature iconic ships such as the Bismarck and the Scharnhorst, introduces a wide range of submarines, naval bombers, flying boats, gun boats, destroyers, cruisers, and it’ll be even possible to make use of the Graf Zeppelin carrier!

Kriegsmarine will start its beta soon. We are looking for willing and active beta testers to help us finding bugs and give us suggestions. We need your help, so if you’re interested click here and join the beta.

This beta will also be the first testing phase of the new skirmish mode, a much-anticipated feature in Order of Battle.

Learn more about Order of Battle: Kriegsmarine at the games official webpage.

Paradox Development Studio and Hearts of Iron IV continue their musical synergy with Swedish heavy metal band Sabaton. Best known for their songs about real historical events and the human side of war, Sabaton has licensed ten new songs for Hearts of Iron IV, each illustrating a moment of World War II with passion and power chords.

Highlights of this second music pack for HoI4 include 40:1, a song honoring the brave but futile defense of Wizna by a Polish army far outnumbered by invading Germans, and To Hell and Back, the story of highly decorated war hero Audie Murphy and his struggles with PTSD. The full music list follows:

Buyers of Intel’s new Kaby Lake processors already have a huge number of Z270 options but the ASUS Maximus IX Hero stands apart with an awesome combination of features and pricing. The Maximus IX Hero that are reviewing today represents the most affordable entry into the ROG family, with a suggested retail price of about $230 USD. Despite sitting behind the Maximus IX Code and the Maximus IX Formula – which feature various additions ranging from full-body shielding, to onboard Wi-Fi, to MOSFET water blocks, and greater RGB LED lighting – the Maximus IX Hero shouldn’t be overlooked since it features a very healthy specs list.

NVIDIA has released the 378.49 version of their Game-Ready GeForce drivers. Highlights include the optimal gaming experience for Resident Evil 7 Biohazard, Conan Exiles early access, and the For Honor closed beta, as well as the VR-enabled version of Obduction.

You can download the new GeForce 378.49 Game-Ready GeForce drivers from GeForce Experience and GeForce.com.

Plus, five stupid things you can do, but probably shouldn’t.

Since Sniper Elite 4 was announced early last year, I’ve had several opportunities to go hands on with the game. Just before the Christmas break, however, I was invited along to developer Rebellion’s studios for my most extensive play session yet.

In the first video you’ll be able to watch my valiant attempt at completing Sniper Elite 4′s first level, San Celini. It’s a mid-sized sandbox that offers multiple routes and plenty of vantage points for some impressive long-range sniper kills.

It all starts off pretty well and I manage to demonstrate a couple of new additions to the series, including silenced ammo for your rifle, which allows you to take out a few targets without having to worry about using environmental sounds to mask your shots.

However, as with most things I do, chaos was close at hand and, as time for my hands on started running out, the pressure to rush through increased, resulting in a panicked firefight inside a swanky Italian villa. Hardly the stealthiest of approaches, but a good chance to show off some grenade and assault rifle kills.

Watch the videos and read more of the article here.

Ubisoft  reveals details about Last Stand, the upcoming third expansion for Tom Clancy’s The Division. They have released this teaser trailer. Some info on the new expansion:

In Expansion III: Last Stand, we’re adding new ways to compete with other players and a new way to experience the Dark Zone, in a brand new separate game mode! Compared to the open and unstructured nature of the Dark Zone you’ll find in the game right now, Last Stand is session based and features clear objectives and win conditions, while still incorporating aspects of the Dark Zone such as PvE enemies and Landmarks.

When the situation in the Dark Zone escalated, as the outbreak spiraled out of control and all semblance of civilization collapsed, the Joint Task Force was forced to withdraw from the area, leaving behind important tactical terminals; SHD tech data relays loaded with operational information. Now, Rogue agents are closing in on those relays and if they manage to get their hands on the information, it would be catastrophic for the SHD and the mission to save New York.

It will be your job, together with a group of seven other Division agents, to stop that from happening.

Find out more about the Last Stand expansion here via the Tom Clancy’s The Division Intelligence Annex.

CI Games introduces Sniper: Ghost Warrior 3, the most complete sniper experiences in the market to date. Each character has his or her unique experiences and motivations, both professionally and personally. How each of the characters’ goals and personality quirks conflict or compliment each other makes for a deeper richer player experience. Jon North is dropped into a hot conflict zone in the Republic of Georgia. Located at the crossroads of Western Asia and Eastern Europe, Georgia is of critical strategic importance and is sliding into the chaos and slaughter of civil war. Jon’s JSOC mission is to neutralize the Separatist Leaders who are destabilizing the country.

Personally, Jon is coming to grips with the capture and presumed death of his younger brother, Robert, nearly two years ago. Jon was present at the attack and was unable to save Robert. Recent intelligence chatter puts a very much alive Robert in Georgia, in an area controlled by Separatists. Jon believes he has a second chance to do right by his brother.

Jon is a Marine first, and deeply committed to the relentless pursuit of his professional mission. Frank Simms, Jon’s long-time JSOC handler, is sympathetic to Jon’s personal goal, as long as Jon completes his official assignment. Jon chooses a team who will help him accomplish both.

His first pick is Lydia Jorjadze, an ex-Georgian SFB and mercenary. Lydia is a battle-tested veteran who fought bravely at Jon’s side in Afghanistan. Their passionate affair ended when Jon abruptly disappeared after emerging from a deadly firefight. Lydia agrees to help Jon, with a personal agenda of finding out what really happened in Afghanistan.

Raquel Shein, a deadly MOSSAD agent, also agrees to help if Jon will help her find Sergei Flostov. Flostov is a brilliant rogue scientist conducting forbidden experiments. The Israelis want to find him and shut him down.

As the team eliminates Separatist Leaders, and teams with the Georgian Resistance, a mysterious high tech sniper, named Amazi, both thwarts and assists them. Jon fights through a treacherous web of criminal, military, and shadowy terrorist forces. 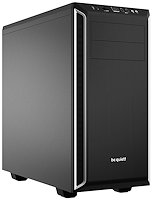 Chassis manufacturers are eager to add tempered glass and RGB lighting to their latest performance enclosures, but there’s a lot to be said for keeping things simple. If bright lights and showy exteriors just aren’t your cup of tea, there’s a good chance you’ll appreciate the design and inner workings of be quiet!‘s latest mid-tower solution, the Pure Base 600.