The first part of this article is a quick tour of IL-2's interface. The Russian style is clean but appealing. Simplicity and ease of use seems to mark not only Russian aircraft, but also aircraft simulations. 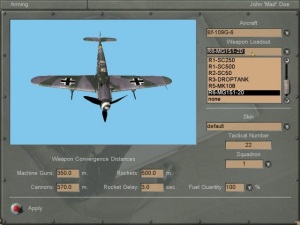 
For the first time in a commercial combat flight simulation, the setup for ordnance also allows selection of paint scheme. Custom skins will appear here, as well as default screens. Notice the ability to select Squadron and tactical designations as well. (This screen may change for the final release). 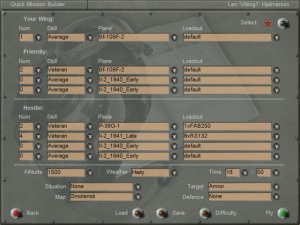 
The Quick Mission Builder is prototypical. All the information is at your fingertips, and you can quickly design the type of encounter you prefer. 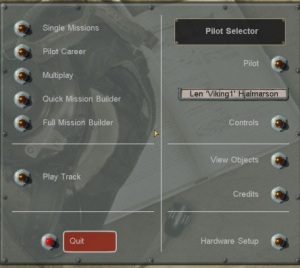 
This is the first screen you see after the initial splash screen. In the pre-beta, the Pilot Career option and Object Viewer were not available. 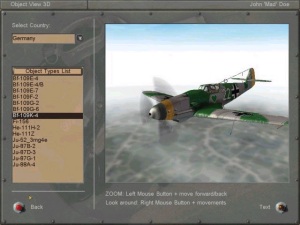 
The Object Viewer uses in-game graphics, so you see exactly what the object will look like when you are flying. 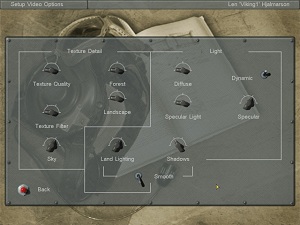 
The Video Setup shows some options we haven't seen before. This screen also may change for the final release. I played with the shadows setting and was surprised to see full shadows for trees, buildings, and even for smoke! On the highest settings even the shadows are perspective correct, elongating and distorting according to the angular relationship of the object to the sun and proximity to the ground. 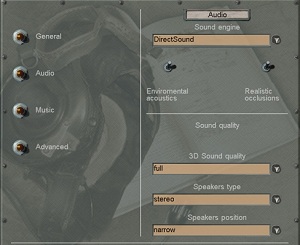 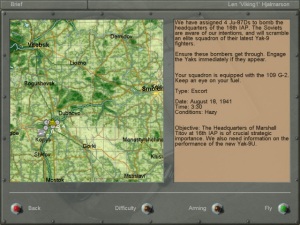 
The full Mission Builder is very powerful, and while we could play with it, it didn't allow us to actually save our changes. 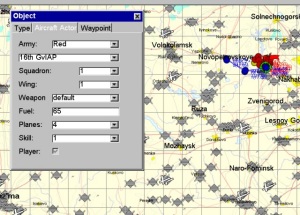 
This first image shows the default zoom level with a Russian aircraft selected. Adding a new aircraft is as simple as bringing up the Object Menu, selecting Type, and then left clicking while holding down the CTL key on the keyboard. 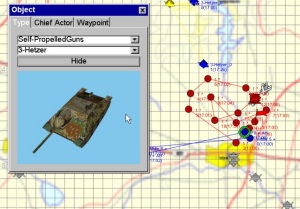 
This time we have a ground object selected. To zoom the map in I held the SHIFT button on the keyboard and then used the left button to draw a box on the area of interest. When I released the mouse button the map zoomed in to the box.

To place the three Hetzer self-propelled guns I held down the CTL key while left clicking on the map. Next, I moved the cursor and clicked again, placing the second and then third waypoints. 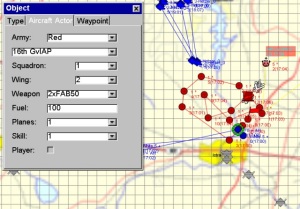 
This time I placed a P39Q flight into the mission. 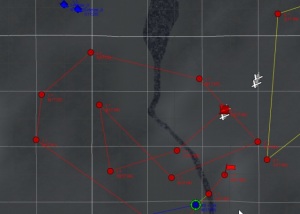 Higher zoom level on the map.


This image shows a higher zoom level on the same map. There doesn't appear to be any limit to how high the mission builder will go.

Using the builder seems very easy. I couldn't find any way to access an "event" or logic type component, and it could be that this part of the builder wasn't finished for the pre-beta. I'm looking forward to a fully enabled version in the beta! 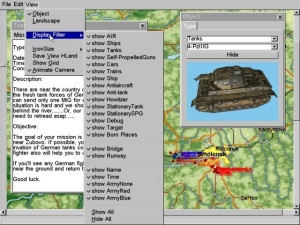 Another view of the mission builder interface.