Sometimes its those little things that count.. someone remembers your birthday. Your wife buys you a new joystick. Your daughter presents you with a note that says, I love Daddy! 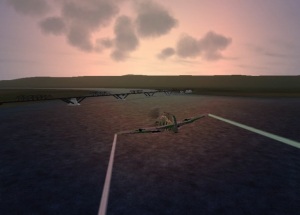 Check out the reflections.


Or those other little things . . . reflections on the water as your 109 skirts over the river... puffs of smoke from the tires as you touch down on the runway.. smoke from the exhaust on startup.. empty shell casings falling away behind your plane as you fire on that MiG 3. 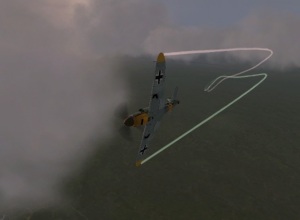 Anyone for an air show? 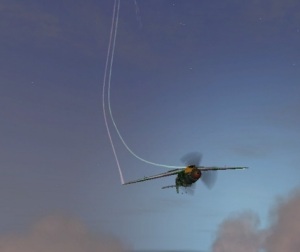 Red smoke for port and green for starboard. Very nice!


Or maybe its those nice little features the ability to turn on smoke effects and trace your wanderings through the virtual sky. Or track files that you can review later and observe exactly how that bandit got the advantage. In IL-2 you can review the files later, making changes to the point of view, and then save the file with the changes. I did this with a particularly nice kill I made and it was almost as thrilling watching the action again later! A ten minute track file took 180 k on my hard drive, which means we will be sharing our favorite files online. 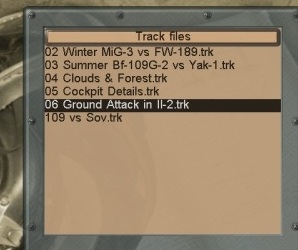 
Infantry and Ground AttackAnother small thing recently announced for IL-2 (no, the Fw190 isnt in yet) is the addition of troops. The icing on the cake was already there, but now we have a collection of cherries too! These guys look fantastic, and for the ground action will add that finishing touch. In the pre-beta I have the artillery pieces looked rather odd sitting out there by themselves, firing away. 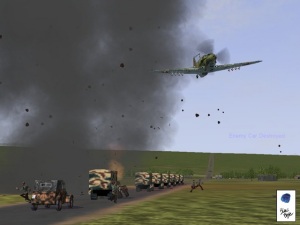 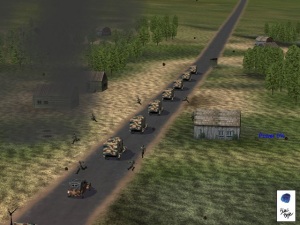 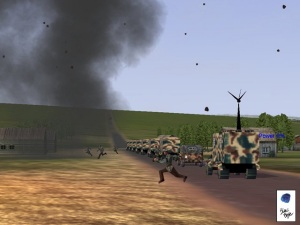 These guys are taking a beating. 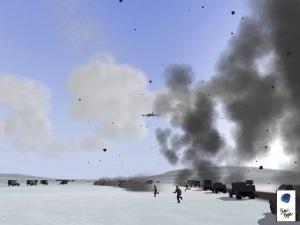 
Ground detail is nothing less than astonishing. Weve had simulations which have offered us fantastic detail in the air, but no simulation has yet done offered us equal detail on the ground. 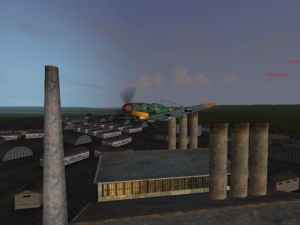 Flying Near a Factory 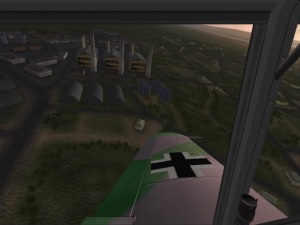 Part of the Same Factory 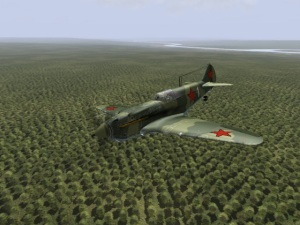 
In this fourth preview I thought I would give you a run down on some air to ground action. Ive put the IL-2 through its paces and had a chance to marvel at both the toughness of the machine and the size of the challenge faced in air to ground action. Here is my mission report, compiled from a few different runs in the ground support mission.

Setting: low cloud and snowing. Terrain is covered with snow. Hmm.. where does the bloody sky end and land begin? Have to keep close eye on instruments. 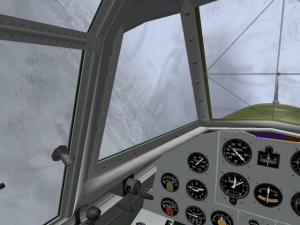 
Mission Start: about 3 km from action. You can see the firefight, with Russian artillery taking on German artillery and tanks. Germans also have artillery support. No other aircraft around.. no wonder! Who would want to fly in this? 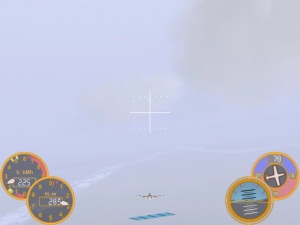 
My IL2 is armed with cannon, machine guns (useless) and rockets and I'm at 190 meters. So long as I hold this alt I can see fairly well. Above 300m it gets pretty scary.

At 3km I can make some of the tanks, and the rest are little dirty snowstorms up ahead, which are tanks on the move.

I pick out one column and climb to 250m and orient myself about 80 degrees to the column then start my turn. I want to line them up for maximum effect. 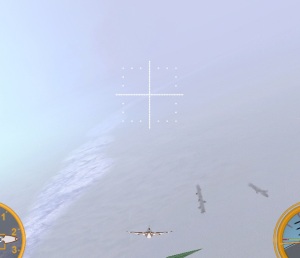 
As I close I cut the throttle and begin my dive, and they start to scatter (bastards!). I line up the front ones as well as I can and let go with two rockets, then a half second later two more. For four rockets I get one kill and stir up a big mess of dirt and snow. 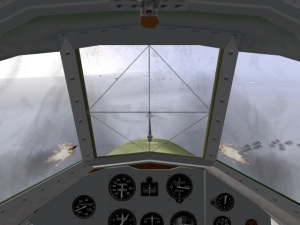 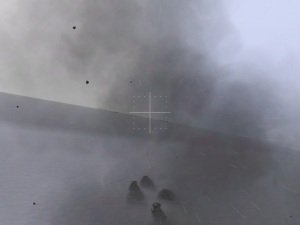 Smoke from the Kill

Full throttle and weaving slightly, my gunner is back in action and letting fly at the column from the rear. A few tracers are passing by the canopy. At 300 meters I have probably become a difficult target and I start my turn, descending slightly. I'm a bit concerned about fatricide and I'm watching the compass closely. I don't want to pump any shells into friendly tanks!

Now it's time to see what these cannons will do.

I'm closing quickly at 220 meters and cut the throttle again. This tank seems to pick up speed fairly well for its size.

I have lined up four tanks this time and pick one at around 500 meters and let fly with three bursts. I see the impacts on the tank but no effect. Obviously a frontal attack on these babies is pointless.

Again there are tracers as I pull out of the dive. This time I hear an impact but there is no effect on my control.

As I level I am thinking I need to come at the tanks from the side, so I reposition my second ingress.

This time I have to deal with moving targets. Coming at tanks from the front or back is easier for targetting purposes. 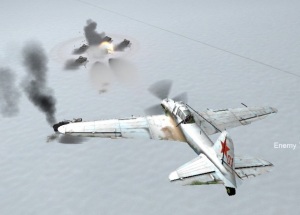 View of the Carnage


But this time as I let fly I see an explosion. Got another one! I'm wondering how many rounds I have left. As I pull up at 15 meters I feel a couple of impacts and my plane lurches right. I'm still climbing but now fighting to trim the plane. I glance to my right and see the missing wingtip. My rudder also has some damage but its minor. 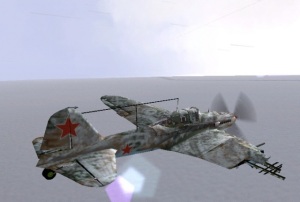 
So much for the fighting on this day, we're heading home. 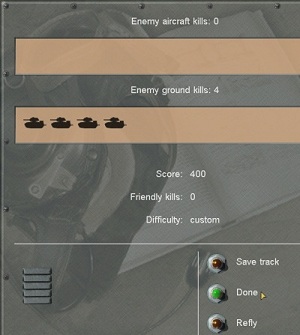