Any sufficiently advanced technology is indistinguishable from magic.

Okay, honestly, that doesnt happen to me very often, but how do I convey to you how far 1C:Maddox Games has managed to take this flight simulation?

As I was completing my second hour of flying my subconscious mind registered a knock on my office door. Curses, they found me! No doubt I was in trouble for shooting down two Sturmoviks. Ah, no, right, this is only a game. Repeat after me.. Its only a game.

I dutifully paused IL-2 and dragged myself to the door. Ah, my good friend Nick, also a commercial pilot. I had mentioned to him the night before that I would be firing up the latest flight simulation technology in the morning.

Mumbling some alien greeting he shouldered past me to gape numbly at the screen.

Phhlb, rigghh, errrmmnnnh? he asked? I waited patiently for his mind to reconnect with reality. No use. He sat down in my plush chair and grasped both sticks in his hands. His feet mystically positioned themselves on the rudder pedals. He stared blankly, then, Well, how do you make it WORK? I hit P to unpause the sim. 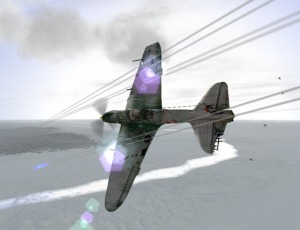 Taking on the IL-2 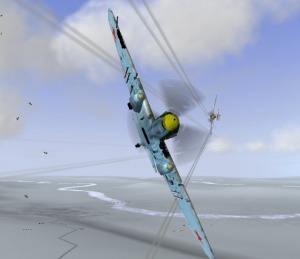 Taking on the IL-2


What do you think of the flight model?

You know, how does it FEEL? The subjective isnt usually a good place to begin with Nick, but I could tell that he was in the reptilian brain. Real fighter pilots fly by instinct.

In answer to my question he did a snap roll and pulled smoothly onto the tail of another Sturmovik. All five guns belched fire. The IL-2 loosed a couple rounds and SNAP.. there went Nicks wing.

Er . . .  I intoned intelligently, Try coming up UNDERNEATH the bandit.

I switched him to an outside view. He stared at his falling airplane. His eyes went wide. His jaw worked silently. I could tell . . . he was hooked.

Later over a cup of coffee we debriefed.

Nick tells me its the best hes seen (heck, I knew that!). He also tells me the feeling of flight is excellent. Being an Aces High devotee and a commercial pilot to boot, I figured he oughta know.

What did he think of the cockpit and effects? He got that glazed look in his eye again. Excellent. Can I pre-order? Yep, like I said, HOOKED. 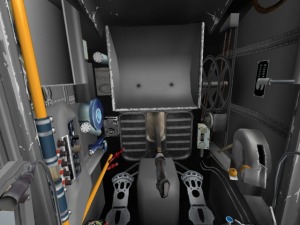 Down View in the Cockpit


There isnt much revolution that can be done on our current display systems with views. As a result, IL-2 offers the typical options. Lets do a quick tour.

When you first hop into a mission in the 109 youll find yourself at the standard forward cockpit view which offers 70 degrees FOV. This is a pretty standard view for taking on a bandit. 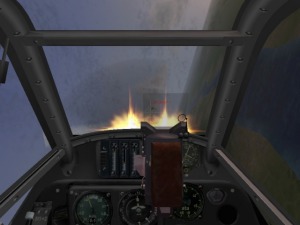 
If you use the keypad, you can quickly navigate horizontally or vertically around the cockpit in a predictable manner. 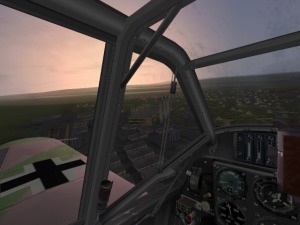 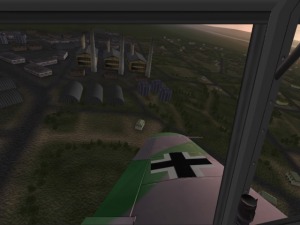 
Alternatively, you can pan the cockpit to exactly the position you prefer using the mouse. I programmed the cursor control to my TQS so I can quickly pan the cockpit views without taking my hands off my sticks. 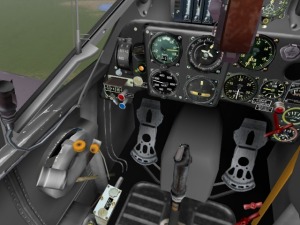 Pan View down and left 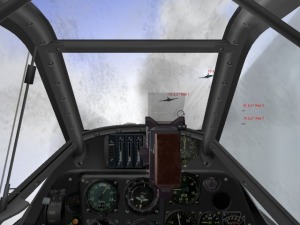 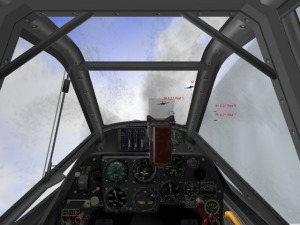 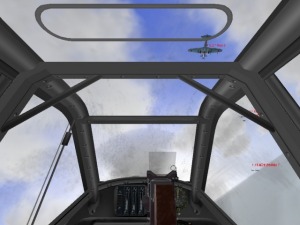 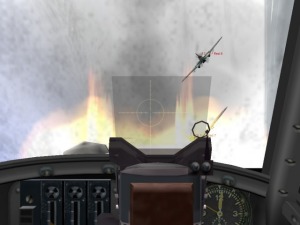 
Using CTL F1 brings up a no cockpit view with four gauges. You can then use the F2 or F7 keys to add an external pannable view or chase view, respectively. Hitting CTL F1 again gets rid of the gauges, and hitting CTL F1 for a third time brings back the fwd cockpit. It is possible that there may be another variant of the external view with gauges added for the final release. 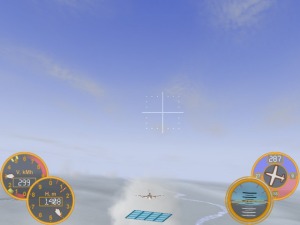 No Cockpit with Gauges 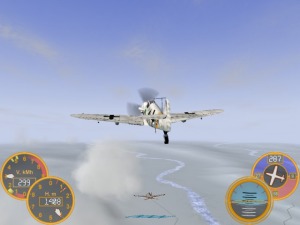 No Cockpit with F2 External

Some have been wondering if there is a head-bob feature in IL-2 similar to that in Battle of Britain. There is, but it is more finely tuned and not very noticeable. Unless you pull sudden gs you may not notice it at all.

The padlock works as you would expect, or perhaps, better than we have seen in many other simulations. For example, if you padlock a target that slips into the clouds, your lock will break after approximately two seconds.

Furthermore, you can't padlock distant objects and as in Battle of Britain you can select realistic head tracking constraints. I tried to padlock a LaGG-3 but the padlock would not initiate until I was under 3 km in range.

One of the innovations compared to some padlocks is that the bandit is not ALWAYS centered in your view. The target can move in a fairly broad area in your forward view until the cockpit begins to shift to track the bandit. This really helps with orientation and gun stability when you are closing on the bandit. 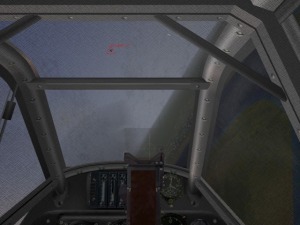 
In the image above you can see that I am padlocked on a LaGG 3. The grey out effect is due to my pulling excessive gs to get to this position. 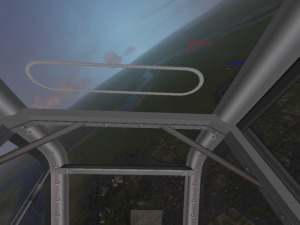 
This second padlock image shows the wide field of view cockpit with padlock view carrying me up into an upward view. The next image shows a strained glance up and to the rear. Im not sure if this view is beyond normal constraints because not all the setup options are accessible in the pre-beta version I have. 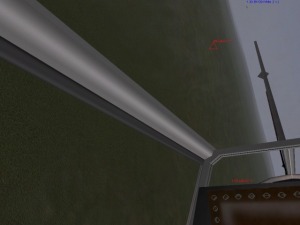 
This next view shows an outside player to target perspective. While some players feel this is a cheat, Im glad for the option to use it. There has to be some way to compensate for the constraints of a typical display system. 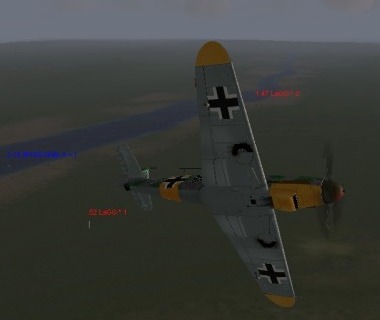 
Hitting F5 while padlocked to a target takes you to an outside player to target view across your aircraft looking at the target.

Some of you will be wondering how readable the instruments are in the internal wide cockpit view. This image is cropped from an original 1024x768 bitmap and then saved as a gif without resizing.


Finally, a teaser from one of the most recent builds of the beta. If this image doesnt cause you to lose consciousness you are probably already dead. 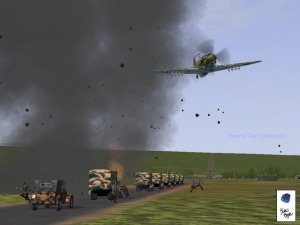 IL-2 will have ground troops!