Did you know that both Janes WW2 Fighters and IL-2 simulate the Me109 G-6? They do indeed.

Do you consider that WW2 Fighters had far superior graphics to EAW, and that in fact it was the most graphically immersive prop combat simulation ever released? Of course you do.

Did you know that IL-2 Sturmovik will simulate three versions of the Me109 in detail, including different cockpits for each? These versions are the F2, G2 and G6.

In the current preview build the cockpit is that of the F-2, which lacked the horizon indicator of the later models. But the faithfulness of the 109 cockpit in IL-2 to the actual aircraft is simply stunning.

In order to make a comparison between the 109 cockpit in WW2 Fighters and that in IL-2, I had to fire up WW2 Fighters, which I hadnt flown for a few months. I was prepared to see the glorious graphics after a long time away; I was not prepared to be disappointed. 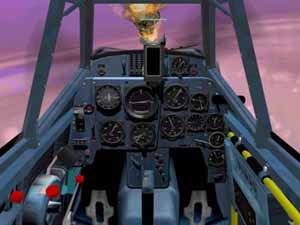 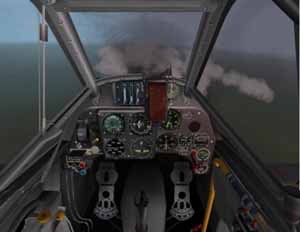 
These next two images are cropped from the original screen capture and compressed. Click each to see the larger, non-resized version. 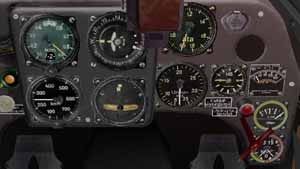 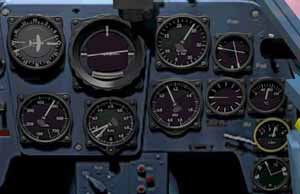 
The wide view field of view in IL-2 is not quite as wide as that in Janes WW2 Fighters, but you can see that the difference in detail is substantial. Using this cockpit full screen makes the differences stand out even further.

The greater shock to my system came on comparison of the external aircraft detail in these two simulations. After a few hours in IL-2, the aircraft exteriors in WW2 Fighters looked washed out and blurry. This first image is from WW2 Fighters, and the second is from IL-2. 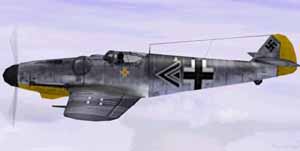 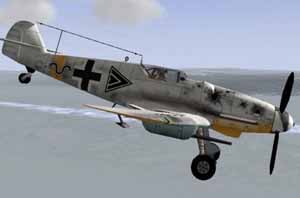 
Finally, I thought that a side view of the summer paint scheme in IL-2 would even more clearly show the lavish detail and sharpness of the textures. 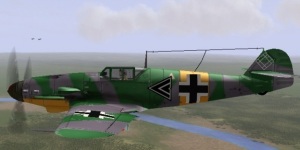 
After 20 minutes of flying WW2 Fighters I began to understand how far graphics and hardware abilities have evolved in the last three years. There is simply no comparison. 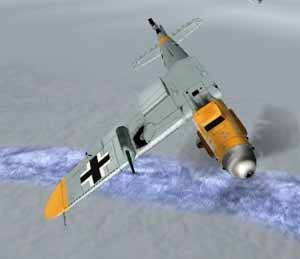 
The winning combination is excellent use of light, including light source shading and dynamic lighting with specular highlights, and high detail in all the textures. The combination is simply unbelievable.

Now of course there are other simulations out there that also model the Me109, most notably EAW and Rowan's Battle of Britain. Just for fun, I've included some additional shots of these aircraft in action. First, European Air War. For its day it was a pretty impressive bit of work! 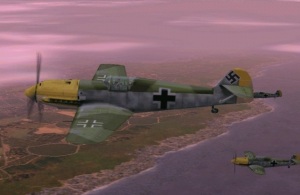 
Battle of Britain represents a nice improvement in artwork over EAW. This skin is not original to the sim, but a modification by Ctp_Farrel with some of my own finishing work added. 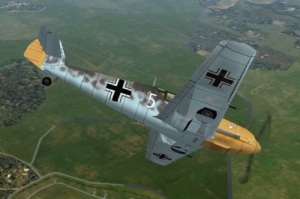 
The other recent 109 release was in Wayward Design's B17: The Mighty Eighth. This is the best of the bunch, not including IL-2. Here is a profile of the Me109 in B17. 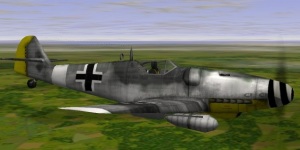 
The cockpit is also quite good in B17. Far be it from us to exclude Wayward's effort from this comparison. Here is the central instrument panel cut out of a larger screen shot from the Me109 in B17. 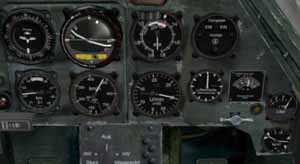 Of course the comparison of WW2 Fighters to IL-2 is ridiculous. Hardware horsepower and graphics sophistication have come many miles since the time of the Jane's release. B17 would be a better comparison, but B17 is not a fighter simulation and there is no serious dogfighting action.

Detail throughout IL-2 is incredibly high. The aircraft in IL-2 will set new standards in detail this year, for appearance as well as flight and damage models. It's a great time to be a virtual warrior!