Horse and Musket, by Boku Strategy Games and distributed by Shrapnel Games, is a study of the art of war in the 18th century. The battles of this game are primarily centered around campaigns in Europe: The Great Northern War, The War of the Spanish Succession, The War of the Austrian Succession, and the Seven Years War (known in the America's as the French and Indian War, making it the first world war). Also included are three battles of the American Revolution: Brandywine, Germantown, and Monmouth. Missing from this line up is a classic battle of annihilation: Cowpens, as well as Saratoga and Yorktown. 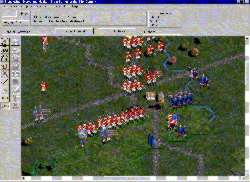 Fig. 1. Situation at the Battle of Brandywine.

Horse and Musket is a solitaire or two-player game that runs on Windows 95, or 98, or NT, with Direct x 6.0 or later, a 486/66 MHz, w 16MB RAM, 4 MB Hard Disk Space, a CD ROM drive, and an SVGA monitor. The player can play either side in the solitaire scenarios, but the instructions usually recommend a human or computer player. Network and hot seat play is also supported.

The game is played on hexes of 150 yards, while each unit is a battalion or 2 to 3 squadrons of cavalry, or 15 artillery pieces. Each turn represents about 15 minutes. As such, these three scales (distance, unit, and time) all seem to mesh correctly to accurately represent the military command structure of the period. The map is zoomable from 25% to 100% to 400% magnifications. Most play is done at the 100% level, but the 25% level is good for an overall appreciation of the terrain and situation in larger scenarios while the 400% level is good for sorting out a confused tactical situation. 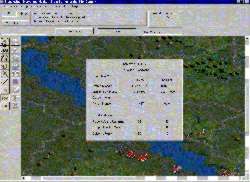