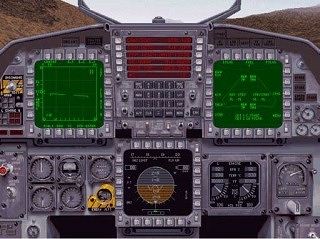 Finally we have updated screen shots from Janes F15, which by all reports is on track for near release. Good news for mud moving fans! With the same attention to detail given to Longbow 2 and 688(i), F15 will break new ground in a number of areas, the most celebrated at present being the flight model.

F15 will use point-and-click instrumentation and user-definable multi purpose displays, calling to mind the early efforts of Microprose with Fleet Defender and more recent cockpits from iMagic. The cockpit is looking very, very good as you can see from the shot above as well as the one to the left. Click on the image at left for a high res CombatSim exclusive (105K). 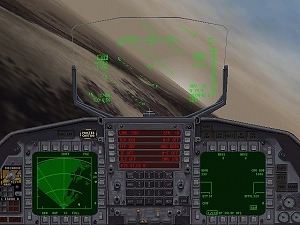 As you can see in this shot, the ground mapping radar mode looks to set the same standard for excellence in modelling as we saw in Longbow 2. Doubtless the IR modes will be equally impressive! The larger shot will give you a good sense of the environment modelling: terrain and clouds look every bit as good as Longbow 2. 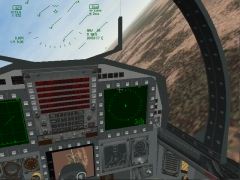 Naturally, the back seat Weapons Officer position is fully modelled. Although details are not available yet its likely that the AP will include an enhanced virtual pilot mode so that players who want to fly from the WSO position can count on their virtual buddy to keep them out of harms way and immersed in action. The shot below taken from the back seat gives you a good sense of the effort typical of Janes.

Speaking of the WSO, the programmer doing the AI for F15 also did the AI for Microprose's classic Fleet Defender. That sim was ahead of its time, and we have reason to expect great things of F15. Might we eventually see a Tomcat sim from Janes? Who knows? But we can dream....

To the eternal delight of many fans, Janes F15 WILL include mid-air refueling. I understand that realism is a high priority here also and that this part of the sim will keep the hard core crowd smiling. Since Janes has always included easy flight modelling options to ease the learning curve, refueling will be a snap for those who don't have as much time to invest in the sim. 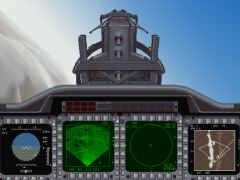 As for immersion, F15 will also offer smart bomb camera views and real-world F-15E squadrons. We haven't heard much about this lately, but last fall there was talk about the effort being placed into squadron modelling. The main goal of this effort is to involve the player in a sense of real drama. Players will be able to choose from 12 active actual USAF F-15E squadrons. With consultants including pilots who flew the F15 in Desert Storm, it should be intense!

Other elements to help with the sense of "being there" include radio chatter. DiDs F22: ADF took this to a new level in December, allowing us to listen in on the action of other flights. In general this has been a welcome growth area for sims and Janes is likely to keep us happy with the chatter in F15.

Longbow 2 is probably at the top of the heap for accurate simulation of a huge variety of weapons and platforms. F15 will do no less with more than 50 detailed weapons systems. With all the resources of Janes at their finger tips Andy Hollis and crew are determined to create a winning follow up, and they have the ability to do it! Here is one of the key opponents to NATO efforts in F15. 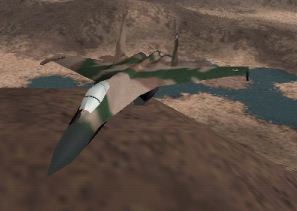 The setting is Desert Storm, and missions are based on actual events and sorties flown in the Gulf War. Players will also be able to jump into a hypothetical campaign set over the mountains of Iran. The modelled world comprises more than 3 million square miles of geographically accurate terrain.

Multiplay will support the usual options in head to head mode: TCP/IP, modem, network or direct serial connections. The mission builder we will access is the same tool used by the game designers to create F-15's campaigns and missions. We'll be able to trade missions by email and Janes is committed to adding new ones for download at their web site.

As for flight modelling, F15 will venture where no pilot has gone before in a military flight simulation for the PC. Rather than compiling data on aircraft performance and creating routines that will model that performance in a variety of situations, Janes obtained the math that the USAF actually employs to model aircraft performance-- DATCOM. These equations have been incorporated directly into F15E. 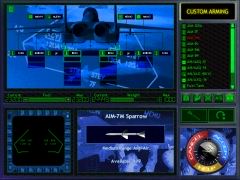 That bit of work completed part one of an entirely new approach on the PC. part two was composed of stability derivatives for the F15. For that subject Janes enlisted Air Force engineers who shared the public domain data with them. Yeah, sounds great, but what makes this so different than simply using the old methods?

Having gone through the work described above Janes has essentially created a virtual reality physics model. In other words, the real aircraft and its performance have now been modelled on the PC. As a result, all the planes actual performance characteristics are in place. There is no longer a need to model particular situations in the flight envelope, with the inevitable result that some situations are not truly modelled. Every subtle effect will be in place, just as it would for the real aircraft and real pilot. Stalls, spins, speed bleed, inertia... none of these will be specifically modelled as in previous attempts at the genre, yet all will be immediately in place. Yes, this is history in the making! 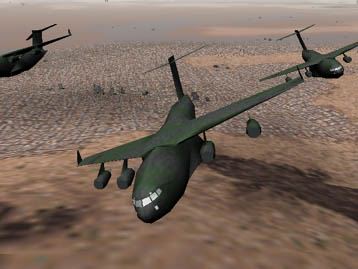 Whats it like when you first spool up the engines? We watched as the jet rolled down the runway and approached takeoff speed. Excellent detail of the moving control surfaces was evident on rotation. Pushing the throttle to the stops, the afterburners lit after some engine lag, first igniting on one engine and then the other. It may only be a small detail, but it looked and felt very true-to-life. This attention to detail is what shows the attitude of the F-15 team.

Utilities are the builder features. They are tools to aid in the development (such as new mission, load mission, save mission) but will not appear in the mission. NOTE: This is only a brief summary of the various selections available in the 'utilities' category of the Mission builder. Some functions may include additional 'sub-functions' when appropriate.

Placement features allow the designer to put objects into the mission. Nearly every object that appears in the game is available to include in user created missions. Placement is straighforward and can be done with a high degree of realism (such as objects that have nothing to do with the mission) or with no more consideration than the objects necessary to complete the mission. NOTE: This is only a brief summary of the various selections available in the 'Placement' category of the Mission builder. Some functions may include additional 'sub-functions' when appropriate. 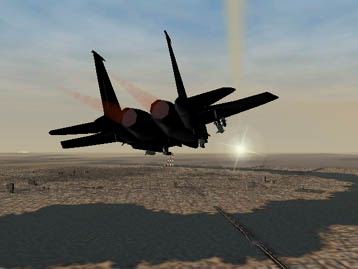 Function features is a powerful tool within the mission builder that provides the action in the game. It is essentially a script programming tool where the designer designates what the situation is, how objects interact and what and when actions will occur. Like the Placement, the Function category can be more or less realistic depending on the aspirations of the designer. NOTE: This is only a brief summary of the various selections available in the 'Function' category of the Mission builder. Some functions may include additional 'sub-functions' when appropriate. 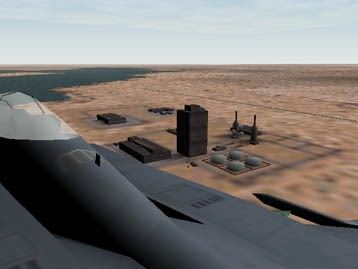 An extremely powerful component within the function category is the Events 'manager'. Events are the heart of the Mission builder. Designing Events into a mission makes things move, makes things happen at the right time, makes things react to what the player does. When a player gets the feeling of 'reality', it is the result of careful event design.

There are four different categories of Events: Time Event, Area Event, Goal State Event, Object Event. Because the designer can link multiple Events (set flags dependant on other flags, have multiple conditions, etc.) this feature enables a well crafted mission to provide mission replayablility. The interactivity of Events can quickly become a complex network of actions and reactions so the designer should expect setting up Events to take time, forethought and practice.

Mission text give the intended player instructions (briefing, etc) and feedback on the mission. Any text the player sees is defined by the designer. Similar to the Function feature, the text can vary what text is shown according to whether crertain goals were accomplished during the mission. These variations, anticipated by the designer, serve to lend authenticity to the mission.

More information on the real F15 is available here: F15.