Home Archive Forum About
An Interview with Simon Kershaw, Producer for F22 ADF 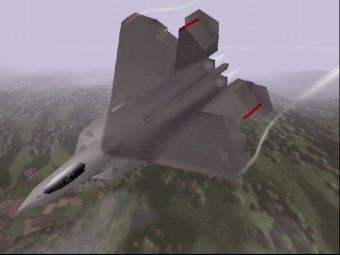 Digital Image Design set out to redefine the 3D combat-flight simulation genre in 1997. After their award winning simulation of the EF2000 and its ongoing improvement with 3d acceleration and the TactCom enhancements they set their sites higher. F22: Air Dominance Fighter and the follow on, Total Air War, will integrate the multiplayer and tactical battlefield with a ground warfare intelligence in a comprehensive new stealth fighter simulation.

In December of '97 DiD released F22: ADF. Air Dominance Fighter is a generation and more beyond DiDs second TFX: EF2000. Almost every area of game play has been expanded or improved. In graphics, terrain, objects, clouds, effects and damage are much improved. Lighting effects aren't up to Longbow 2, but missiles glow and flares at night are impressive. Maximum resolution has moved from 640x400 to 800x600 in Glide. (Direct3d support expanded greatly with the release of the patch). Voice and comms are vastly expanded, so much so that there is little comparison to EF2000 in this area. The comms you will hear from other flights while you fly in ADF actually represent what is happening around you in real time.

ADFs avionics are finely detailed, bringing us the best yet in an F22 simulation. In flight refueling has been improved, being the most advanced yet attempted in the simulation world. ATC is here, and beyond even iF22. And boom refueling is modelled, the first sim to accomplish this. ACMI is modelled in detail, in spite of some small requests for improvement.

Even though the missions are scripted, the environment is very active and "feels" dynamic. There is air and ground action all around, showcased beautifully by the Smartview system which has been upgraded to supply voice interaction simultaneously. The sim, like EF2000, has a very immersive feel to it, improved by clouds and effects beyond EF2000. Finally, the AWACS component was an entirely new direction for this level of simulation design, and a percursor to the Theatre Commander mode of Total Air War.

Its no wonder, then, that DiD scooped TWO Top Games Industry 'Oscars' at Milia d'Or Awards Ceremony in Cannes, France in February for F-22 Air Dominance Fighter. F-22 ADF secured the 'Best Simulation' award and went on to win the 'Grand Prize Game' award. It was the first time the Award for Best Game has ever been awarded for a simulation at Milia. Milia d'Or 98 saw a record attendance, with over 8,000 participants, 2,800 companies and more than 50 countries represented.

Second Comings are getting to be almost expected in the computer gaming industry. Longbow 2 was well worth the price of admission, adding 3d hardware acceleration, vastly increased object detail, a fully dynamic campaign, new vehicles to fly and even tactical command ability via the mission planner. In the same way, Total Air War will move us beyond the limitations of ADF. 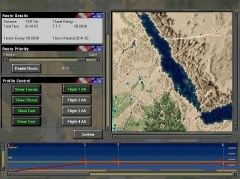 In spite of the beauty and breadth of F22 ADF, the lack of dynamic campaign AI and mission planning locked us into a battlefield that was too predictable (for a summary see ADF and sometimes leaves the player attempting to beat the script rather than the enemy. Roll on Total Air War! TAW will offer tactical planning and a Theatre Commander role along with a dynamic campaign AI. Lets move to the interview with Simon Kershaw.

Csim: First, congratulations for receiving the Grand Best Game award at Cannes for F-22: ADF, the first sim ever to win the overall best! And thanks for taking the time. I know you're busy with the ADF patch and trying to get TAW off the runway.

SPK: "Thanks. We have received a very great deal of recognition for F-22 Air Dominance Fighter along with a little healthy criticism, but overall it has been well received. The only significant criticism has been regarding the absence of a campaign, which, as you know, F-22 Total Air War will most certainly correct. 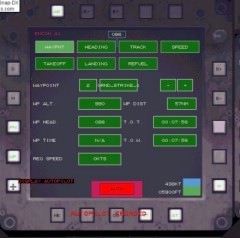 Winning the Milia Dor at Cannes for the Grand Best Game as well as Best Flight Sim of 1997 was a very nice seal of approval. I understand that best game was awarded for the way we had pushed the boundaries of the flights sim genre, and for the depth of detail incorporated in the product."

Csim: Can you tell us about your role in the ADF project?

Csim: Place Total Air War in context for us. Where does it fit in the Military simulation universe? In what ways is it unique?

The unique idea behind the F-22 is not its stealth, its integrated avionics, and weapons, or its thrust vectoring, or even Supercruise. What is unique about the F-22 is the way that its information systems, weapons, and its pilot are integrated in one stealthy, agile fighting platform, AND as part of a greater system that is designed to gain and maintain Total Air Superiority. This is to facilitate the complete war plan, wherever it is deployed, with the minimum loss of allied lives.

F-22 Total Air War is unique because it attempts to emulate all the above with as much attention being paid to the concepts, and details, of modern warfare as to the flying itself. This is the reason why DID features such as the AWACS, Mission Planner and Air Tasking Orders are included in one product. Good as the aircraft are when considered as individual elements, they really need to be understood as being part of a much larger system." 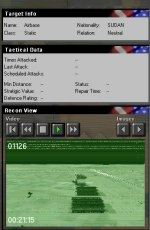 Csim: ADF was unique in its integration of the theatre command perspective from the AWACS module. How will TAW build on this component?

SPK: "The AWACS is one part of a total system designed solely with the aim of gaining total Air Superiority as quickly as possible with the minimum of risk.. F-22 Total Air Ware will emulate other parts of this total system with elements such as the War Room, AWACS, Air Tasking Orders, and of course the Mission Planner.

Please note that I use the word Emulate, rather than Simulate quite deliberately. The reason is that even if we and other interested companies were able to gain full access to some of these military systems, it would not be in the National Interest to fully simulate these systems. We can however synthesize the military ideas and displays in to an effective Emulation of the War system.

Engagement and immersion: convincing the participant that what they do matters; this is key! DID has a genuine edge based on our understanding of these military systems which arises directly from both our links with the military on many levels and of course the interests of our staff.

Csim: How will multi-player involvement impact TAW? Will we see a SIMNET approach where one player can act as theatre commander while others fly the missions?

SPK: "The multi-player element of F-22 Total Air War will expand on the content of this game area within F-22 Air Dominance Fighter.

DID is pursuing a total war SIMNET Approach which will manifest itself in F-22 Total Air War in some measure, and in future products. Currently Multi-player is being worked on, and I am not able to expand on my comments for the F-22 product at this time." 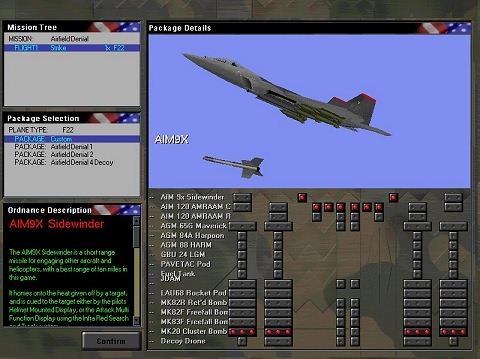 Csim: Obviously TAW will add an integrated mission planner with ability to select load-outs. How will this planner differ from the one we had in EF2000?

SPK: "The Mission Planner included within F-22 Total Air War will be easier to use than the previous product. It will also allow the player to edit many more mission parameters in an integrated and logically thought out interface. The most significant difference is that the new Mission Planner will allow the player both automatic and manual operation."