PC News Ghost Recon Patch v1.4
Red Storm has released another patch for Ghost Recon. This time fixing several issues brought about by the previous 1.3 patch including the infamous "No limp" removal which, thanks to an extremely vocal and dedicated community, has been returned. The patch addresses numerous other issues as well. The 5.8 MB zip file is downloadable now for all languages (see details for which version you should download). Download

You must have Island Thunder or GR patch 1.3 with Ghost Recon installed first. Players will be REQUIRED to use the GR CD after installing the patch. Previous versions of Ghost Recon will no longer be compatible with version 1.4. **** WARNING **** Replay files from a previous version of Ghost Recon will no longer work once a mission pack or patch is installed. However, saved campaigns and other settings WILL continue to work normally.

The first test occurred only one week after flight test assets and personnel were moved here from Naval Air Weapons Station China Lake, Calif., site of the first eight flights. Northrop Grumman has conducted 12 successful flights of the P-3 vehicle since the test series began in May. 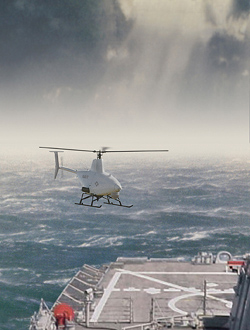 Northrop Grumman and the Navy moved the test program to Patuxent River's Webster Field facility to increase the number and frequency of test flights and to be closer to the Navy's Fire Scout program office for initial flights of the recently completed E-1 air vehicle -- the first to be built in the full production configuration. Flight testing will continue at Webster Field through the end of this year. Both P-3 and E-1 are production-configured vehicles.

Fire Scout is in development and low-rate initial production by Northrop Grumman as a force multiplier for Navy forces at sea and Marine Corps forces ashore. The Fire Scout program is funded in the 2003 defense budget for completion of the development and low-rate initial production system and developmental testing, culminating next year with the delivery to the Navy of five air vehicles with payloads and four ground control stations.

This current series of flights is focusing on autonomous flight, modular mission payload performance and the performance of the Navy ground control station (GCS). In particular, the tests are demonstrating GCS performance in receiving digital streaming video over the tactical common data link (TCDL) from the Fire Scout's advanced payload, an electro-optical/infrared sensor that includes a laser designator/rangefinder.

During these missions, the electro-optical and infrared sensors, provided by Northrop Grumman's Electronic Systems sector, Baltimore, Md., have demonstrated a full range of capabilities to locate, identify and track a mix of targets including vehicles, buildings and geographic features. In addition, the laser rangefinder was employed to evaluate the precision target location feature of the payload and vehicle management system.