PC News First Look: Lock On European Pack Shot
Ubi Soft has released a preview of the European packaging and logo for its upcoming jet simulation, Lock On. 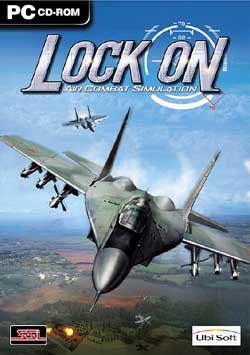 Operation Flashpoint: Resistance Update
Bohemia Games has announced that they are working on a new beta version of standalone server 1.87 (Win32) that will fix mission list problems and improve desync from version 1.85. We'll keep you updated with all news related to patch 1.87.

GI Combat Demo Released
Freedom Games has released the promised demo for G.I. Combat, offering the opportunity to try out their imminent 3D real-time war game set in World War II. The demo apparently contains a training mission but further details on its contents are not available. Download

GI Combat Goes Gold
Publisher Strategy First and Developer Freedom Games have announced that the, the RTS war game, G.I. Combat, has gone gold. In G.I. Combat, players launch themselves into the dynamic 3D environment, grab hold of the most renowned weapons in history, including the MP-40 and the Thompson, and command some of World War II s most powerful tanks and artillery such as the Jumbo Sherman, the Mark V Panther and the dreaded German 88. G.I. Combat lets PC gamers push back enemy offensives, lead assaults to capture key objectives and charge into the lush terrain of Normandy in one of the most historical battles of all time. G.I. Combat will be on retail shelves nationwide on November 5th. Screens.

Enemy of the Crown has been designed to be different from any campaign to date and is based on true historical events that took place between 1740-1764 in the corrupt Tsar-ruled Russia. The campaign is different from the mass of Euro/Arabic Campaigns that came with the Cossacks titles  particularly with a view to graphical scenery, using Winter-snow and Spring-mud based maps. Enemy of the Crown eases the player in with small maps and individual unit based combat, gradually working up to small bands then onto a full formation based assault of the fortress ending with a number of huge battlefield clashes, the campaign ends in the liberation of Russia and the appointment of a rightful Tsar with the destruction of Elizabeth.

The Desert Hawk plane took off from Jacobabad air base in southern Sindh province early on Thursday, but crashed soon afterwards, a police official who asked not to be identified said. He cited engine failure as the cause of the accident and ruled out rumors that it was shot down by unidentified gunmen. "It fell just outside the air base boundary," he said.