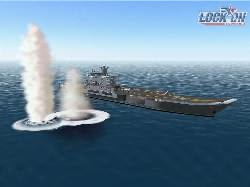 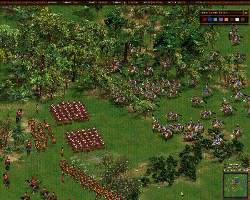 Microsoft to Reveal Windows Code
(Reuters) - Microsoft will reveal hundreds of pieces of proprietary computer code from its monopoly Windows operating system in the next several weeks to comply with an antitrust settlement it signed with the U.S. Justice Department last year, the company said on Monday.

The software giant said the disclosures are part of its first steps to comply with the settlement that must still be approved by a federal judge and remains opposed by nine state attorneys general seeking stiffer sanctions.

Microsoft said it plans to disclose nearly 400 pieces of computer code and internal operating rules, previously kept secret, which outside software developers can use to write programs to run on Windows.

"With these new (disclosures), software developers will have additional development choices in designing their Windows programs," the company said in a statement.

JEFX 2002, which began July 24 and runs through Aug. 9, is the fourth in a series of experiments designed to help the Air Force prepare for the challenges of operating in the 21st century. It combines live and simulated forces that are modeling a future command-and-control system while exploring advanced processes and technologies to decrease the time needed to attack targets.

This year, the experiment is part of Millennium Challenge 2002, a joint experiment designed to simulate the military services ability to work together on a realistic battlefield set in the year 2007.

"It will rapidly establish air dominance and subsequently guarantee that aerospace, land and sea forces will enjoy both freedom from attack and freedom to attack," he said.

One of the keys to GSTF is providing decision-makers the ability to predict what actions the enemy is most likely to make.

"With predictive battlespace awareness, the commander can better focus intelligence, surveillance and reconnaissance platforms, use them to confirm anticipated enemy locations, and quickly provide information to the targeting process," Hornburg said.

Initiatives within the experiment will explore how to decrease the time needed to find, fix, track, target, engage and assess enemy targets.

During the first phase of Millennium Challenge operations, simulated F-22s and B-2s will use precision-guided munitions to dominate the air and strike anti-access threats, enabling non-stealthy strike and support aircraft to join the attack. GSTF will combine the power-projection capabilities of other military services to systematically destroy hundreds of targets, roll back enemy defenses and clear the way for follow-on forces, Hornburg said.

"GSTF provides the capability to respond rapidly with massive, around-the-clock firepower. It will produce effects early, from longer ranges, with more precision than our current capabilities and methods of employment, creating air dominance and other war-winning effects for component commanders and possibly giving our adversaries a reason to quit," he said. (Source: Air Combat Command)