PC News Anti-Cheat For Wolfenstein
Even Balance, Inc. has announced they have been contracted by id Software, Inc. to integrate their anti-cheat technology, known as PunkBuster, into the newly released yet already highly acclaimed Return to Castle Wolfenstein (RTCW). Even Balance is working hard to get the integration code written and tested for an upcoming patch to the game. Based on preliminary work, they fully expect to be able to support and enhance all areas of the PunkBuster system and sustain only a brief beta period with RTCW.

The PunkBuster software will still be a separate and optional addition but will be directly integrated with the game when it is enabled by players and server administrators. As always, there will be no direct cost to players and server admins for non-commercial use of PunkBuster and they fully intend to support the clan and league communities, as well as mods that develop around RTCW with both free and premium support services and add-on software.

Intel, AMD Square Off with New Chips
Intel Corp. and Advanced Micro Devices, fierce rivals in the microprocessor market, on Monday unveiled their smallest and fastest-ever chips, enabling more powerful applications, such as games, streaming music and video, and office software packages. Advanced Micro Devices AMD.N launched its Athlon XP 2000+, which runs at 1.67 gigahertz, or 1.67 billion cycles a second, while Intel unveiled its new Pentium 4 chip, running at 2.2 gigahertz, analysts said. Intel's INTC.O previous fastest chip was the Pentium 4 running at 2 gigahertz, and Advanced Micro's was its Athlon XP1900+, which runs at 1.6 gigahertz. Last year, AMD briefly claimed the fastest running microprocessor, the primary computing engine of personal computers, although Intel has since pulled ahead. [More...]

Battlefront Modeller Contest
Battlefront, home of war and strategy games, has announced a unique contest for all WWII vehicle modellers. Send in pictures of your own best WWII vehicle models, and you might find them featured in Battlefront.com's new 3D World War Two computer wargame simulation: "Combat Mission - Barbarossa to Berlin". The main prize is a $300 Smart Jet air compressor from Iwata! And YOUR name in the game credits! Modellers can send in pictures of their best works to model contest. These will then be converted by Battlefront.coms graphics artist into in-game models and textures, complete will all the details.

Military News Band of Brothers Author, Plagiarist
OOPS! Historian Stephen Ambrose, best known for penning Band of Brothers, acknowledging he plagiarized sentences and phrases in his new tome, The Wild Blue, from a work by another historian. Ambrose apologized and said the passages will be corrected in future editions. [More...]

DOD Establishes Missile Defense Agency
Secretary of Defense Donald H. Rumsfeld has announced the redesignation of the Ballistic Missile Defense Organization (BMDO) as the Missile Defense Agency (MDA). Consistent with the president's emphasis on missile defense, the secretary also provided direction necessary to meet the top four priorities for the United States in this important mission area. These are:

Elevating BMDO to agency status recognizes the national priority and mission emphasis on missile defense. The current director of BMDO, Air Force Lt. Gen. Ronald T. Kadish, will assume the title of director, Missile Defense Agency. He will continue to report directly to Edward C. "Pete" Aldridge Jr., undersecretary of Defense for Acquisition, Technology, and Logistics. The secretary has tasked Aldridge with the responsibility of implementing his direction and will look to the Senior Executive Council for oversight of missile defense activities. Also, the full and cooperative efforts of the military Services, Joint Staff and defense agencies are essential.

The MDA is charged with developing the missile defense system and baselining the capability and configuration of its elements. The military departments will procure and provide for missile defense operations and support.

Elbit to Supply Avionics And Logistic Support For ALX
Elbit Systems Ltd., the international defense electronics company announced today, further to its announcement dated August 9, 2001, that contracts with the Government of Brazil and with Embraer, the Brazilian aircraft manufacturer, for Elbit Systems' participation in the ALX production program have become effective.

Under the contracts the Company will supply avionics systems, equipment and logistic support for the ALX aircraft to be manufactured by Embraer for the Brazilian Air Force.

The contracts are valued at more than $80 million and will be supplied over a period of approximately four years.

"Electronic warfare is not a discipline taught in engineering schools, and as a new engineer fresh from college you probably won't have a background in electronic warfare systems," said Welch.

Before this programme started, new electronic warfare engineers here were largely trained on an as-needed basis, according to Welch. He said the engineers were sent to specialised classes wherever they could find the training, but it was not a structured programme.

To consolidate training and avoid redundancy, electronic warfare directorate experts here established cooperative relationships with other similar electronic warfare test and evaluation organisations. They said the goal is not to be teaching the same thing at the same time in different locations.

$12 Billion In AAM Sales Through 2011
The air-to-air missile (AAM) market is expected to generate $12 billion in revenues over the next 10 years with the production of more than 53,000 short- and medium-range AAMs, according to Forecast International's "The Market for Air-to-Air Missiles."

MBDA, Europe's new megacorporation, plans to use the Meteor as its main weapon in a campaign to unseat Raytheon as the world's top provider of air-to-air missiles. Although the Meteor will be the standard medium-range AAM on next-generation European fighter aircraft, MBDA has a long way to go before it can eclipse Raytheon. 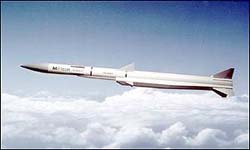 "Key to the success of this campaign will be MBDA's ability to convince operators of not only European but also US fighter aircraft that the Meteor is the superior system," Dickerson said.

If the Meteor's future is tied only to the Typhoon and Rafale fighters, the system will be doomed to perpetual second place to the AIM-120 AMRAAM. Although Eurofighter GmbH plans to manufacture 620 Typhoons between 2001 and 2014, the United States is expected to produce some 1,290 fighter/strike aircraft through 2010, many of which will be exported. 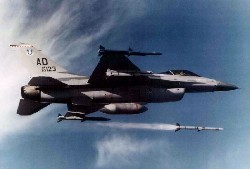 "If the Meteor is not integrated with a US combat aircraft, such as the Joint Strike Fighter, MBDA will likely find it extremely difficult to meet its goal of dominating the medium-range AAM market," said Dickerson.

Europe is making a less concerted effort to challenge US dominance of the short-range AAM market segment. European challengers to the US-built AIM-9X Sidewinder include the ASRAAM, MICA-IR and IRIS-T. The ASRAAM and MICA-IR are among the product lines of MBDA, but the IRIS-T is being developed by an international group headed by BGT.

EADS is working to convince BGT, which is owned by Diehl (80 percent) and EADS (20 percent), to join MBDA. However, BGT has been reluctant to become part of this European megacorp, fearing its unique corporate identify would vanish within such a large organisation. BGT also fears being tied to the unprofitable German missile maker LFK. Reportedly, LFK has a very heavy debt load, something that BGT is eager to avoid.

"Without greater co-operation between these firms, as well as the integration of these missiles with non-European aircraft, Europe will be unable to challenge the potential domination of this market segment by the AIM-9X Sidewinder," said Dickerson.

Forecast International/DMS Inc., is a provider of Market Intelligence and Analyses in the areas of aerospace, defense, power systems and military electronics.

South Korea To Deploy 110 Long-Range Missiles By 2004
South Korea will deploy 110 surface-to-surface missiles with a range of up to 300 km (187 miles) by early 2004, the South Korean Defence Ministry said on Friday. 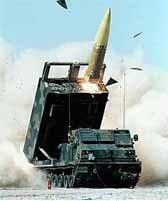 Under the Foreign Military Sales (FMS) contract, Lockheed Martin will provide one Block 1A missile for testing and 110 ballistic missiles by April 2004 in the company's first overseas sale of the latest missile model, according to the press release.

This marks the first time that South Korea will deploy 300-km missiles, which are, in theory, capable of striking Pyeongyang and other key North Korean cities.

Under a 1979 accord with the US, South Korea had been barred from developing or deploying missiles with the range of more than 180 km until January last year, when, after months of negotiations, it obtained US approval to develop missiles with a range of up to 300 km.

The US consent sparked speculation that it had given the green light to the missile development, in exchange for overseas sales of its long-range missiles.

The ministry requested 110 Block 1A missiles in December 1999, but negotiations hit a snag when the US continued to delay talks on allowing South Korea to deploy missiles with a range of up to 300km.

In early 2000, the ministry sent a letter to Washington warning the cancellation of the missile procurement project if the US continued to bar South Korea from deploying the 300km-range missiles.

Seoul spent 390 billion won ($342 million) on the purchase of ATACMS Block 1 missile systems with a range of 145 km in October 1997 as part of its surface-to-surface missile procurement project.

Each missile is packaged in a multiple launch rocket system (MLRS) launch pad and is fired from MLRS launchers. The launchers are capable of firing both rockets and missiles.

Coalition aircraft struck the al-Qaeda terrorist group compound because military officials observed "some activity" at the site. Historically the compound is known as a place the al-Qaeda would go to regroup. U.S. Central Command officials ordered the re-strike after they observed continued activity, said Pentagon spokeswoman Torie Clarke. 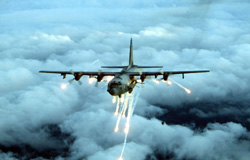 No battle damage assessment was yet available, she added.

U.S. and coalition forces had previously attacked the compound in November. It was also struck by U.S. cruise missiles in 1998 following terrorist attacks on U.S. embassies in Kenya and Tanzania.

"We're certainly trying to get them," she said. "We're using all sorts of resources to try to make that happen -- working with the interim government, working with the anti-Taliban forces, people on the ground."

Asked if U.S. officials have information on Omar's whereabouts, Clarke repeated comments Defense Secretary Donald Rumsfeld had made at a news briefing Jan 3.

"If we have information about where we think he might be, it would be foolish to say we think he's there, because then he probably would not be there," she said.

At present, she added, U.S. officials "do not know where Omar is. We will continue to use every resource we have and continue to aggressively take action to try to get him, UBL (Bin Laden) and the other senior al-Qaeda and Taliban leadership."

U.S. and anti-Taliban forces are focusing their efforts on the Tora Bora and Kandahar region in Afghanistan. There were 126 sorties yesterday, but the amount of ordnance dropped was unavailable, Clarke said.

Commando Solo broadcasts continued and aircraft made leaflet drops in both Tora Bora and Kandahar. The leaflets have proven to be effective in surfacing intelligence information, Clarke said.

U.S. officials now have control of 273 detainees, including 250 in Kandahar, 14 in Bagram, eight aboard the USS Bataan and one in Mazar-e-Sharif, she said.

Defense officials continue working on how military tribunals will be conducted and other details regarding the detainees. (American Forces Press Service)