The main criticisms were that the CF lacked basic information about the condition of equipment; there was a shortage of qualified maintenance personnel to staff fully operational units and maintenance depots; and had difficulty delivering spare parts for urgent repairs.

"The Department has frequently said that the Canadian Forces have never been more capable," said Sheila Fraser. "But until steps are taken to manage equipment readiness more adequately, these claims should be taken with a grain of salt."

The Auditor General's Report presents the first public information on the state of the ships, aircraft, and land combat vehicles of the Canadian Forces. Among the specific findings were the following:

"National Defence needs to move from talking about performance management to putting systems on the ground and making sure they work," said Ms. Fraser.

The report noted there was a conscious decision to decrease equipment readiness because of budget constraints and because the post-Cold War international situation no longer warranted high levels of readiness. Defence officials had said that these reductions were being carefully controlled. However, the Auditor General said careful control and good planning could only occur with better information about equipment readiness.

Art Eggleton, Canadian Minister of National Defense, responded to the findings by saying, "We recognise that the Forces are facing certain challenges - and we have been moving to address them in a responsible manner. Furthermore, we have been open and transparent about these matters, and have acknowledged them in published reports such as the National Defense Performance Report."

The Department recognised that there were challenges related to information management systems, shortages of qualified people to support equipment, and some Air Force equipment. However, the Minister said that the DND was addressing these challenges "...with initiatives that include the Material Acquisition and Support Information System (MASIS), the Canadian Forces Supply System Upgrade (CFSSU) project, vigorous recruiting and retention efforts, and equipment upgrades such as the modernisation of our CF-18 and Aurora aircraft fleets, and Hercules upgrades." 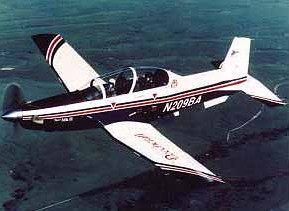 The decision, known as Milestone III, is a confirmation that the T-6A meets all US Air Force and US Navy requirements, and that the programme is ensured a long-term future. The services are expected to purchase nearly 800 of the aircraft through the year 2017.

"We expected this decision and are pleased that the USAF recognises the safety and capability of the T-6A. The T-6A is ideally suited for its mission to train new pilots. The T-6A met all USAF/USN operational key performance parameters," said David Riemer, vice president - Government Business for Raytheon Aircraft.

The T-6A training system became operational at Moody AFB with the class of student pilots in November 2001. In addition the T-6A has won two major international competitions. The NATO Flying Training in Canada (NFTC) programme flies 24 T-6As and has been training student pilots for a year, and the Hellenic Air Force of Greece started student pilot training in September 2001 with delivery of 17 of the 45 aircraft ordered.

This initial purchase of MLRS rockets by Egypt will be followed by a contract for MLRS launcher and ancillary training and support equipment.

The US Congress approved the FMS sale earlier this year. Delivery of the rocket pods (six MLRS rockets per pod) will begin in the fall of 2002 and be complete by the fall of 2003.

In addition to the US Army and Army National Guard, MLRS launchers and rockets are now in the inventories of (or have been ordered by) Egypt, France, Germany, the United Kingdom, Italy, the Netherlands, Israel, Bahrain, Japan, Norway, Denmark, Turkey, Greece and South Korea.

A single MLRS launcher can put more than two tons of destructive firepower on a target in less than one minute, and its full load of 12 rockets can cover 30 to 60 acres with thousands of grenade-like submunitions. Each of the submunitions in an MLRS rocket has about the same destructive power as a hand grenade and contains a shaped charge that allows it to penetrate light armour. MLRS also fires the Army Tactical Missile System (ATACMS) family of missiles.

The ER MLRS rocket can strike targets up to 28 miles (45 kilometres) away. To achieve the additional range, the existing MLRS warhead was shortened and the rocket motor stretched. Because it uses fewer submunitions, the ER rocket is lighter at burnout than the current version.

"The Chicago-based manufacturer's 737 airliner is generating a good deal of worldwide interest as a maritime patrol and electronic warfare platform," said Forecast International senior aviation analyst Bill Dane, "and we have heard reports that a modified variant of the small Boeing twin may have the inside track to fill the US Navy's upcoming Multirole Maritime Aircraft (MMA) requirement."

Dane added that the MMA would ultimately replace about 225 U.S.-operated P-3C Orions in the maritime patrol and anti-submarine warfare (ASW) missions.

The U.S. Air Force is looking at a plan to lease up to 100 Boeing 767 widebody airliners, at about $20 million per aircraft, for a ten-year period. Suitably modified, these could replace 135 of the service's KC-135E model tankers, which were based on the 707 airframe and are powered by vintage JT3D turbojet engines. Ultimately, the Air Force will also have to replace some 400 KC-135Rs, which have been re-engined with the more efficient CFM56 engines. Realistically, however, the KC-135Rs are unlikely to be replaced much before 2020.

The 767 is attracting a good deal of attention as a tanker/transport on the world market. Whether new production or conversions of ex-airline aircraft, the Boeing widebody is competing for a United Kingdom requirement (18-30 units), with Japan and Canada also showing strong interest. Italy has ordered four 767 tanker/transports and holds options on two more.

The 767 is seen by many as the ultimate successor to the 707 as the E-3 Airborne Warning and Control System (AWACS) platform; four 767 AWACS have already been purchased by the Japanese while USAF and NATO operate 32 and 17 707 AWACS, respectively. In addition, the UK operates seven E-3s, France deploys four, while Saudi Arabia numbers five (plus eight tanker variants) in its air force. The 767 is also being looked at very favorably to replace the E-8 Joint Surveillance Target Attack Radar System (JSTARS) platform, which is based on the venerable 707. USAF has sought funds for 16 JSTARS platforms, eight of which are now in service, and the NATO member nations may also acquire a number of these.

To avoid paying for a costly re-start of the AV-8B line, Taiwan would have to place an order in the very near future. It is likely that any deal with Taiwan would involve some airframe work being carried out by that country's Aero Industry Development Center (AIDC). A Taiwanese order could prolong the line, providing a window for additional international sales.

Finally, Boeing's F/A-18E/F line is being geared up for USN/USMC requirements calling for some 550 aircraft, and these could be worth in excess of $20 billion, a figure which would rise should any overseas customers order the aircraft. Boeing is also looking at an electronic warfare (EW) variant of the Super Hornet which could replace about 125 EA-6B Prowlers currently serving in that role. Boeing's military aircraft business may thus receive a significant boost by late decade, helping to offset losses in the company's commercial business as a result of events which came to an ugly head on September 11.