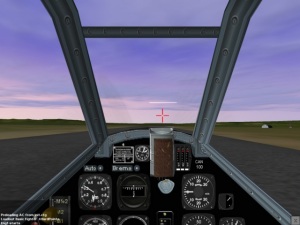 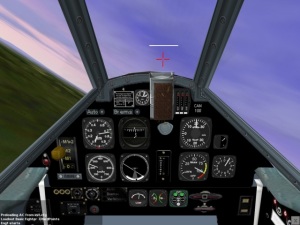 WarBirds: Me-109 Scroll Down View 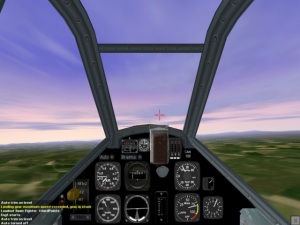 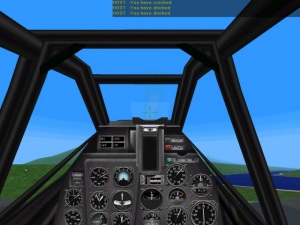 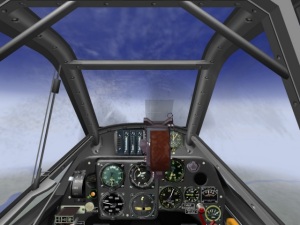 
The first three cockpit images are from the Me-109 in WarBirds III.

These cockpits speak for themselves. The Aces High Me-109 cockpit suddenly looks blocky, and I have a feeling it is actually a G model cockpit. The 109 cockpit in WarBirds III is almost as nice as the cockpit in IL-2, and the layout looks more like an F model.

Cockpit detail has been increasing almost rapidly as external aircraft detail in recent simulations. The cockpits in B-17 Flying Fortress: The Mighty 8th were also very good looking.

The view system in WarBirds III works as one would expect. You can set for pan mode or snap views, and you can zoom the cockpit view in or out one step. You can also change the key mapping and save separate sets for swapping on the fly, and you can change the response curve on your joystick and set the dead zone.

Why would you want to save separate key sets? Suppose in one flight you are flying the Fw-190, then on the next flight you take up a Ju-88. It would be convenient to have a separate key map for the different functions available in the bomber, including swapping to gun positions. Youll know what I mean when you try it. On the other hand, using a voice control program like Game Commander is also useful.

Force feedback is supported and can be adjusted along eight parameters, even more than in Rowans Battle of Britain. If you've never flown with force feedback, this is as good a time as any to experience it. Having force feedback won't make a novice into an expert, but it does help with situational awareness and it does increase immersion.

External views are also supported and can be panned using the keypad arrows or zoomed using the square brackets. Most of the images shown in this preview series were taken from the external views. In some images youll see the on-screen icons identifying friendly and enemy aircraft, though these can also be turned off. Icons also disappear when a target is obscured by cloud. 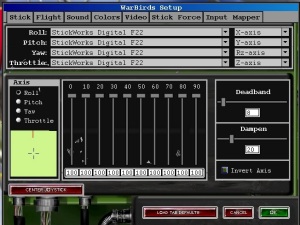 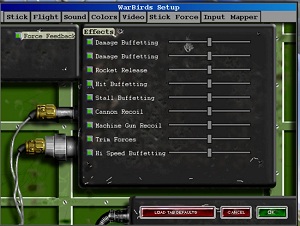 
When it comes time to hit the silk you simply hit the ENTER key three times. Youll see yourself skydiving to earth. Youll also be amazed at the animation of the pilot, who is articulated in all his joints.

Hitting the ENTER key a final time once you are outside the aircraft allows you to open your chute. Forgetting to do this will eventually mean a nasty meeting with mother earth. 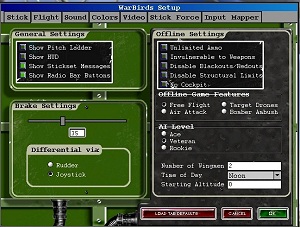 WarBirds: Setting up the flight.


Join the GameIf you are like me, an advanced weekend warrior who never has enough time to fly, the intimidation factor will be high as you consider joining your first online combat flight sim.

Never fear. I found the transition to flight in WarBirds the easiest I have yet experienced, in spite of the accurate flight models. 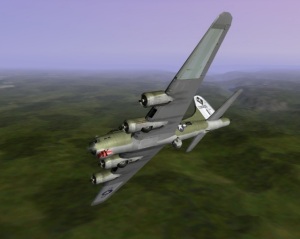 
Im not entirely sure why this is. It could be that recent time in other flight sims has improved my skills somewhat. Or, it could be my choice of mount. While the Me-109 isnt the fastest aircraft in the arena, its a good one for moderately skilled players. If you are a total novice, I recommend about twenty hours of offline practice in either the A6M2 Zero, or the Me-109. Dont bother with the Me-262 A-1, though I know you will be tempted. It just isnt a good way to learn air-to-air combat. 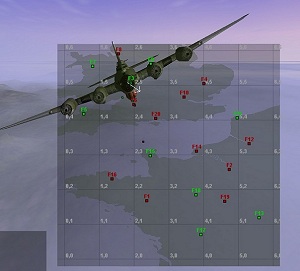 
The on-screen navigation map is brought up using F1. In the map image above you can see the transparent overlay, showing an outline of England with a white arrow pointing southeast near the F3 airbase marker. The white arrow represents my current position and direction, with my B-17 at the base of the arrow. The green bases are friendly and the red bases are enemies. The green dots represent the position of friendly aircraft, and the red dots represent enemies. (Sometimes the dots change color, since visual ID range is necessary for a definite ID).

It is also possible to zoom the map view in a couple of levels, and it is possible to go from the transparent map view to a solid overlay with the second press of F1. A third keypress removes the map overlay from the screen. You can bring the map on screen from any view, internal or external.

Connecting is a simple matter. You apply for your account on the WarBirds website, fill in the credit information and are emailed a password. The "Go Online" selection is in the main interface and you cant miss it. Choose your weapon, click the menu and away you go!

Youll find yourself on the runway in your mount of choice. Hit E to start the engines, the same as you do in the offline game. You can still switch to an outside view, very handy for takeoff in the Me-109.

ConclusionWarBirds has come a long way. Im looking forward to online play beyond the beta; this is the one that will cause me to leave Aces High behind.

Up to now Aces High has been a very different game than WarBirds, incorporating ground-to-air action and allowing the player to man tanks and AAA guns, and even to man naval guns. As WarBirds adds similar ground action there will be less and less conceptual distinction between the two games, and I expect well see many players choosing between the two on a more subjective basis.

As for numbers online, in February the Battle of Midway Event saw more than 370 players online in the same arena. WarBirds also offers online training at WB Training. Voice interaction is planned for a future release. In the meantime most players use Roger Wilco.

Did you know that WarBirds III supports both the PC and Macintosh playing in the same online world? Ace High does not support our Macintosh brethren. WarBirds III is also the ONLY online World War II flight sim available for the Macintosh. Now THAT is incredible.


Finally, this latest news from iEN:
On April 11th an update was released that includes the Me-109 F-4 (there are actually other aircraft ready to go but the beta is limiting release for testing purposes). This more streamlined 109 has only one 20mm cannon, but the muzzle velocity went from 1840fps to 2250fps! The F model is streamlined, faster and more maneuverable than the E and a real joy to fly. The update also expands the view system allowing for panning snap views that are sticky or return to center. 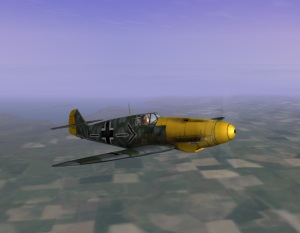 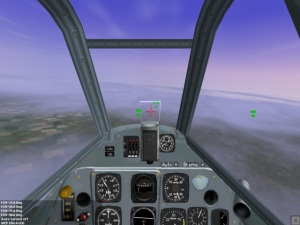 There are two account options to play WarBirds when the open beta closes.

Unlimited: $24.95 per month and you can fly an unlimited number of hours in any of the WarBirds arenas including Dawn of Aces (WWI simulation. Aces High charges $29.95 for an unlimited account).

Silver: Unlimited flying in the ACA, and $9.95 is applied to your account as a credit toward the hourly charged play of WarBirds. The hourly rate for the main WarBirds arenas is $1.99.

Test SystemI used an Abit KT7 RAID system for all flight tests. My system is a 1 GHz Athlon Thunderbird with 256 MB of RAM. Video is provided by GeForce 2 GTS Ultra, and sound is provided by the Turtle Beach Santa Cruz with surround sound and sub.

I used a ThrustMaster F22 Pro and TQS (digital conversion) plus ThrustMaster Elite pedals for all flight testing.