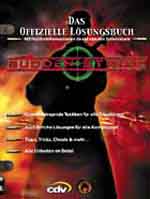 
IntroductionWhat makes a good game? I guess everybody has their own opinions. After many years, I have come to realise that for me, its not graphics, or historical fidelity or anything immediately quantifiable that you can print on the side of a box. Its that intangible thing that puts the hook in you, and keeps you coming back time after time to a totally unreasonable degree. Some games (very few if Im honest) do it right off. Grab you and suck you in, and spit you out months later to pick up the pieces of a ravaged social life. Others sneak up on you. You play them a bit, maybe notice a few problems, perhaps get frustrated. But they end up staying on your hard drive way beyond anything else. So how does Sudden Strike fit into this scheme of things? Well, let me illustrate with a couple of scenarios.

I arrive home from a late meeting. Its 11:30pm, and my wife and kids are in bed and asleep. Im tired and I have another meeting at 09:00 am the next day. So; do I take the sensible option and go to bed? Or do I try that third German campaign mission just one more time (and to be honest, I have to admit that during the long and boring meeting, possible alternative strategies kept coming unbidden into my head)? Yeah, thats right, Im not really that tired after all. So I sit down at the computer, and get into Sudden Strike. Just for half an hour mind you. No more. So half an hour later I become aware that my eyes are prickling, and I feel strangely cold. I check the clock, and notice that I have once again been the victim of a strange time dilatation effect, and it is actually 3:30 am (and worse still, for one fleeting moment, I actually consider not bothering to go to bed at all, just continuing to play until the kids get up in four hours time). This is bad craziness.

So, a few days later, Im out walking my dogs. I live in a beautiful part of the world. Mountains, forests, deer, eagles and lots of space. Im standing on a forest track looking down a wooded valley, just admiring the view. And I find myself wondering if a couple of snipers set on a knoll would be useful in picking off troops moving down the main road. And whether my engineers could build a pontoon bridge across the river on the other side. Sheesh, I think I need help.

OK, so, I liked Sudden Strike. Initially I was a little disappointed with the game, though I later came to appreciate its strengths and depth. It has flaws and faults, but for me at least it has the essential Ingredient X that raises it above the mass of digital dross that skitters over my hard drive like so much meaningless static.

Whats it all about?Sudden Strike is a real-time strategy game based in World War Two distributed by German software house CDV Software and developed by Fireglow Software. The game allows the player to undertake single missions and campaigns in command of Allied, German or Russian forces. Many elements of the game follow standard RTS conventions, as found in Command and Conquer, Red Alert and a plethora of others. Here, however, the emphasis is on historically based units and combat. There have been other attempts to meld the wargame and RTS genres (notably the Close Combat series), but nothing has attempted the sheer scale of Sudden Strike. CDV claim that up to 1000 units can be in the same scenario. I havent counted, but I dont have any reason to disbelieve them. Some of the conflicts are really vast. After battles you get some statistics showing losses to you and to the enemy. After some battles, my own infantry losses alone were well above 650 men. Which illustrates nicely the scale both of the battles and my ineptitude as a leader of men.