Home Archive Forum About
Editorial Survey: State of the Armor

by Leonard Hjalmarson and Neil Mouneimne 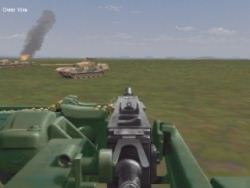 In 1997 we saw the release of two armor simulations, both very different from the other. iMagics iM1A2 Abrams took a fairly serious approach for the dedicated armor fans, and Novalogics' Armored Fist II took a lighter, action oriented approach.

In 1998 we are going to see Microprose, Zombie Interactive/MAK Technologies, iMagic Labs, and SSI make new entries in the tank simulation genre. These sims will feature a variety of approaches to campaign, graphics, integration of other assets, and historical setting. From iPanzer '44 and Panzer Commander to Spearhead and M1TP2, 1998 will be a summer of delight for armor fans all over the world. In addition, iMagic Labs plans a new release of iM1A2 Abrams with added support for 3dfx. Lets take a brief look at each simulation, comparing them in each major category for realism/physics/systems accuracy, integration of ground and air war, historical setting, graphics detailing (especially as it applies to depth of field), and complexity of design goals as it relates to integration and the move to a virtual battlefield.

Setting the Stage: Hardware in 1998

One of the major factors that is setting the stage for a new depth in design possibilities this year is the advent of 3d hardware and new power in CPUs. We've covered some of these issues in the past few months and are in the process of procuring more information, so I won't belabor these points here. Suffice it to say that with the advent of the PII, the near release of the K6 3d and the second generation of the 3dfx chipset, we are in the middle of a revolution in simulation design.

Simulations being released this year, however, are not uniform in their ability to benefit from these advances. Because these sims have been in process for anywhere from 18 months to two years designers have not been able to anticipate all the hardware power we are now seeing. Also, the requirements of a good ground warfare simulation are very different from other types of combat simulation. The state of the art in software design for 3d engines in ground warfare sims has lagged behind other sims and the hardware power now available through 3d accelerators. 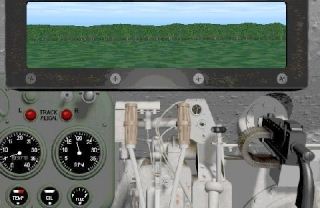 Nevertheless, all the armor sims released this year will be capable of taking advantage of 3d hardware acceleration to some degree. For some this will mean state of the art graphics, effects and terrain, and for all it will mean fluid frame rates, in spite of any fancy effects that are modelled! Lets take a look at the coming releases one category at a time, comparing them to an ideal necessary for a high level of realism.

Obviously, there are some unknowns in the picture, but we can make generalizations based on current knowledge of four of the simulations listed above.

Design goals for accuracy in systems modelling is fairly high in all four armor simulations anticipated this year. For obvious reasons, the most complex simulations will the the two modern armor sims, simply because modern armor utilizes very complex weapons and targetting systems. In spite of that fact, iPanzer '44 and Panzer Commander have both set their sites on accurate simulation of the systems of the day.

Along with systems, however, comes physics. In both Spearhead and M1TP2 its possible for tanks to throw treads and to roll if parking brakes are not set. Firing a round produces appropriate recoil and you can watch the tank rock on its haunches. I didn't see the same effect in the Panzer Commander beta, though its possible that it will show up in time for the release. iPanzer '44 will also model recoil and accurate ballistics.

With armor, both modern and historical, terrain is a major tactical consideration. For this reason graphics modelling, physics modelling and weather modelling become very important. 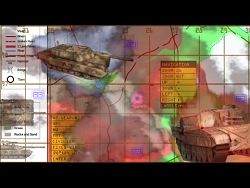 In Spearhead, M1TP2 and iPanzer '44 there are various types of terrain, and driving on sand, mud, or a hard surface makes a difference in the tanks manouverability and speed. John Williamson of Zombie commented:

There are 5 types of soil, plus water and 4 types of roads (and a rail road track). Each of which effects the top speed of all vehicles as well as fuel consumption. So if you are in a hurry, then you might want to take the road, but you need to keep in mind that the roads are usually the most heavily patrolled and defended, so it might be better to go the long way through the rough terrain. But if the mission requires you to hook up with a convoy in 7 minutes, then . . . .

All vehicles are slowed when go up hill and all vehicles speed up when they go down hill; the % incline effects both of these. If you are leading a convoy, you need to be careful as certain vehicles cannot go up hills as steep as your tank can.

From what I have seen to date weather modelling is most accurate in M1TP2 and Spearhead, but there is also fog in iPanzer '44 and Panzer Commander. 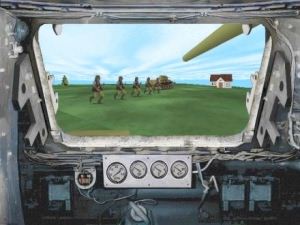 However, the historical simulations are weaker in the graphics department. This means that its always harder to see whats happening around you, even when using the various optical aids. Partly this is an accurate historical limitation, partly due to less sophisticated graphics engines. However, the alpha that we have seen of Panzer Commander could look quite different by the time it is released, and all we have seen of iPanzer '44 to date is screen shots. (Note that iPanzer '44 uses essentially the same graphics engine as iM1A2 Abrams).

As for environments, three of the simulations offer some diversity in environment whereas Spearhead is set specifically in the desert. Now let's look at the issues of depth of field and terrain readability. These have been mentioned in passing from time to time, but they really merit deeper discussion when we talk about armor sims. While at a brief glance the terrain in sims like iPanzer and Panzer Commander may seem adequate graphically, will it compare to the best of 1998 for depth of field and readability?

What exactly is depth of field? In the context of an armor simulation its the percerption of depth and distance at a proper scale, where the terrain is drawn with extreme accuracy out to very far distances (typically, maximum engagement range or ideally maximum sighting range). If you were to assume that a particular tank was 8 meters long, then the distance between you and a target 160 meters away should be 20 tank lengths. However, this is not true in most tank sims - the distance in "pixels" vs. the distance in "centimeters" usually works out so that things are much further away than they seem. The result is like having a magnifying glass strapped to your face wherever you go, which makes it harder to gain an accurate perspective of the layout of the battlefield.

Now you might wonder, why do designers do this? The reality is that this is part of the problem mentioned earlier on how 3d engines for ground combat sims have a different set of requirements and issues. Imagine that the entire world is a flat, featureless terrain painted like a sheet of graph paper. Let's say that to create terrain features, we can assign altitude values to each coordinate point at the gridline intersections. It's pretty easy to see that if you increase the distance between points, the detail you can put into the shape of the terrain becomes very limited - at it's extreme it becomes like the pyramid mountains of the original M1TP. Make the distance very small and you can have mountains will all kinds of complicated, interesting shapes to drive over. In effect, you are changing the "resolution" of the terrain. This is also known as the "mesh". 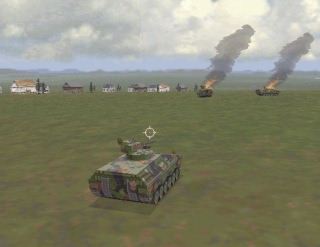 Now this is no big deal close-up. You want the terrain to be as interesting as possible - no more pyramids please - so you make the resolution relatively fine. But you want to draw what the gunner can see, theoretically up to 8 kilometers away. The problem is that the number of polygons the engine has to draw increases at you try to draw further and further distances approximately following the formula 1/2 x mesh resolution x distance squared. That means the amount of work the computer has to do to accurately draw terrain over great distances is enormous! Now you know why some of your favorite flight sims go so much faster when you reduce the viewable terrain distance.

In a flight sim, the rule is to reduce the detail of the terrain the further away it is from your viewpoint. This is livable and necessary in flight sims, and it explains why Flight Unlimited, Longbow 2, and others are known for having "breathing" terrain - low resolution meshes of terrain are swapped for high resolution meshes as you get close. The idea is to get the ratio between viewable terrain distance and the number of polygons the computer has to crunch as close to a linear ratio as possible. Fine for a flight simulation.

In a tank sim though, you may have an opponent 2 kilometers away with hardly a meter or two of his tank poking up from a hull-down position. You can't afford to compromise on mesh detail here; you need to see *exactly* what the terrain is doing, and any reduction of the mesh results in rendering areas that may hide the tank completely or make it look like it's not behind cover when it actually is, or even worse, make it appear to be floating in mid-air despite the fact that it's actually behind cover or on a hill. Now the challenges designers face in developing an engine suited for ground warfare should be much clearer. 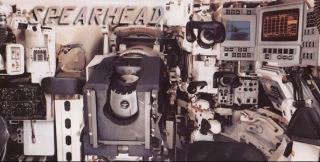 To summarize, Depth of field is very important because you are dealing with vast areas of terrain over long distances (especially in modern battles). Many 3d engines have been optimized for flight simulations or action games where terrain details could simply be fudged, but this isn't acceptable in ground combat. Having a good representation of depth of field in an armor sim helps create the tanker's battlefield awareness almost as well as a good padlock in an air combat game can create situational awareness for the virtual pilot. iM1A2 made the first serious attempt at this, (which is the reason behind its reputation for a slow framerate), but even then it was limited to viewable ranges no greater than 4 kilometers. M1TP2, with the best looking engine this year, looks like it will take the issue even more seriously, but we have yet to see how well the extreme ranges are handled.