Last month Bob 'Groucho' Marks gave you a 'First Look' at the NVIDIA Geforce2GTS based 3D Prophet II 32mb video board. Now Guillemot has released the newest and most powerful GTS powered video board on the market, the 3D Prophet II 64mb. What do you buy for a street price of approximately $100 more than the 32mb board? There is twice as much of that expensive onboard DDR memory but that is really just the beginning. Here is the usual whiz-bang list from the box and Guillemot's web site.

Fig. 1. This is one dynamite looking card

The NVIDIA GeForce2 is based on a .18-micron chip manufacturing like the Pentium Coppermine. This move has allowed NVIDIA to increase the recommended core frequency to 200MHz with less heat than the first generation cards radiated. In addition, the card draws less power than the GeForce 256 series cards. The DDR memory clock speed has been increased too. Simple mathematics indicates that the 183mHz memory clock speed is still the bottleneck but 64mb of 400mHz DDR memory would probably put this card's price out of reach for even the most cutting edge crazed techies.

The 3D Prophet II 64mb card layout closely follows the NVIDIA reference design outlined in their white paper, unlike the 3D Prophet 32mb card which diverged significantly from the NVIDIA reference design. Neither good nor bad, it is just interesting to note when manufacturers change a recommended design it is often to reduce cost either by using lower cost components or to pursue a less expensive board layout. 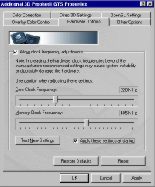 Fig. 2. The Cool Bits addition to the registry.