Strange Tales of Hacks, Grand Theft, and Driving Other Airplanes

It looked like a perfectly normal obituary. After Hasbro Interactive declared Falcon 4 dead and buried, stalwart members of the community formed-up, under cover of night, brandishing shovels and defibrillators and waited for the mourners to leave the graveside. Clear! 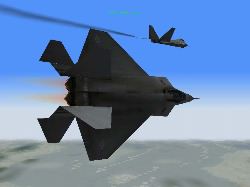 The Raptor is a real Predator


Nobody really expected the deceased to wake up but this one did. And boy, was it pissed. Falcon 4.0, The Sim That Would Not Die, roared back to the land of the living with a vengeance.

Since The Resurrection (Angel Choir in background), some very interesting things were learned about what F4's creators were trying to do, and could have done, were they given a more sporting chance. More things are being discovered everyday- literally.

Those of us who remember waiting for months on end for the Version 1.0X patches to come out and fix the multitude of problems that F4 was prematurely born with cant help but be amazed at the sheer volume of patches, tweaks, and fixes that come out these days. All unofficial, all labors of love, and all free of charge. Chaos? Yes. Anarchy? Pretty much.

The question is, is sustaining the Sim of all Sims through anarchistic means preferable to letting it stagnate and die because of cold-blooded, free-market conditions? Good question, and one I will avoid for the time being. Back to my color-commentary on what's going on at the Anarchy camp. To get there, we simply walk toward the sound of blaring Sex Pistols music.