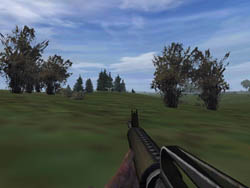 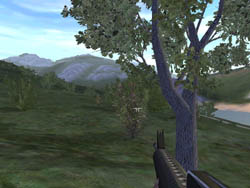 "A problem with the manual file has caused us a slight delay. We were unable to meet the original press schedule and had to reschedule the printing of the manual.", said Tim Brooks, President of Shrapnel Games.

Communication and sharing information are critical on the battlefield. Military forces need to have access to timely, assured information in order to be effective when conducting operations across military services and platforms, and across continents, Ashby said. The JTRS is a family of software reprogrammable radios, based on an open communications architecture, that will provide U.S. commanders and warfighters with significantly improved simultaneous voice, video and data communications capability for varied mission requirements. The software programmable nature of the JTRS affords users the flexibility to select optimum waveforms to meet mission demands.

Cluster 1 is the first procurement of a number of clusters for the JTRS and consists of U.S. Army, U.S. Air Force Tactical Air Control Party (TACP) and U.S. Marine Corps ground radios, as well as Army rotary wing aircraft radios; and includes the development of a new wideband networking waveform. The total value of the contract will be approximately $475 million for the 44-month system development and demonstration phase. Early operational assessment testing is anticipated during Summer 2004 with low-rate initial production expected to begin in 2005.

As prime, Boeing will be responsible for the design and integration of the JTRS architecture, the integration of legacy and new waveforms, development of a new wideband networking waveform, and the qualification of two hardware production sources for up to 10,000 vehicular and airborne systems through low-rate initial production. Future production quantities generated by the Cluster 1 program are expected to exceed 100,000 units.

Under the previous Concept Demonstration Phase (CDP) MOU from 1998 to 2001, both the United States and Italy benefited from JSF ship suitability efforts and associated environmental studies. Through signature of the SDD phase documents, Italy continues its participation and partnership with the United States in the JSF program.

The Italian government will invest $1.028 billion [ 1.09 Billion] in the SDD phase. As the senior Level II partner, Italian Air Force and Navy personnel will occupy five positions within the JSF Program Office. These individuals will be working together with the United States and its international partners, as well as the JSF air system and engine contractors, to develop an affordable system ready for transition to production. Italy's investment in JSF will also provide Italian industry with substantial opportunities to participate with a broad range of US and international companies, thereby expanding and strengthening United States and European defense industrial relationships.

Italy is one of America's closest allies. Italian participation in JSF will forge even closer ties through political-military linkages and in the development of coalition responses to current and future threats. This decision puts Italy in the forefront of countries willing to make forward-leaning choices in building their defense capabilities. As a partner in the recent campaign in Afghanistan, Italy's Naval Air Forces participated in air support of coalition ground forces. Our future coalition capabilities will be further strengthened through Italian participation in the JSF program.

The importance of the JSF partnership for Italian Ministry of Defense and the Department of Defense is a unique opportunity to meet the needs of mutual national interests on a global scale.