Bob Marks recently had time to chat with Rob Brown, design lead and the brains behind the Mission Builder and the campaign structure for Combat Flight Simulator2(CFS2), the next edition to Microsoft's CFS. Combat Flight Simulator is one of the world's best selling World War II flight simulators having sold over 450,000 copies world wide. CFS2 is due to be released before Christmas 2000. This is part one of a two-part interview series we have with the CFS development team.

CSIM: What time frame of the WWII Pacific Theatre war are represented? 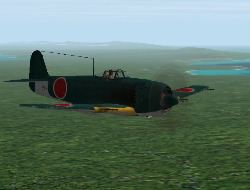 Fig. 1. A Shiden Kai cruises over a Pacific island

CSIM: What kind of ships are modeled in CFS2?

Rob Brown: There are 4 carriers modeled. 2 each for Japanese and American. They are representative of the classes of carriers that saw action in the Pacific war. They are the Essex, Enterprise, Junyo, and Hiryu. In the mission builder you can name them anything you want so you can represent any historical mission needed.