Few flight sim fans will argue that the THRUSTMASTER F-22 Pro and F16 TQS (Throttle Quadrant System) is Sierra Hotel in combat control systems. This HOTAS (Hands-On Throttle And Stick) has the highest degree of programmability, the most flexiblity, and the greatest raw heft of any controller system ever designed for the PC.

Many sims fans have bemoaned the buy-out of ThrustMaster by Guillemot. In reality, it was the best thing that could have happened. In Guillemot we have a young and expanding company determined to make an impression on the simulation community, and determined to restore the prestige that went with the ThrustMaster name. After my visit to the Guillemot offices in Montreal last year, and ongoing correspondence with the European team building the new hardware, I am confident that the HOTAS 2000 system that will replace the aging F22 and TQS will renew the glory days of ThrustMaster.

In the meantime, thanks to Bob Church of the Stickworks, there is an upgrade available that brings ThrustMaster gear up to date. A simple microprocessor swap changes the analog output of the F22/TQS combination to digital output. No more jitters, and quick and simple calibration become the rule. Downloads become instant, and processing speed is improved. All this for about $60 US! 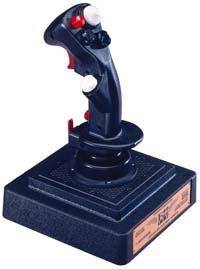 
Installation is relatively painless, if you don't mind opening up your ThrustMaster gear. Most long time users of the F22 and TQS have already done this, since the pots installed on the gear in the last years were notorious for excess or dirty lubricant, causing more than the usual drift and jitter.

For the feint of heart, Bob includes detailed installation instructions, complete with diagrams. The biggest danger is installing the chips backwards, a danger easily avoided if you remember that the marker on one top end of the chip corresponds with the marker in the socket. Don't swap the chips end for end, and all will be well.

Install the setup disk so you have access to the User Files that have every bit of information you might need to get things up and running. Four screws on the FLCS/F-22 Pro to remove the bottom, pop out the old chip, pop in the new one, remove the keyboard wire that is no longer needed, close er up. Done. Took me all of about four minutes to do. 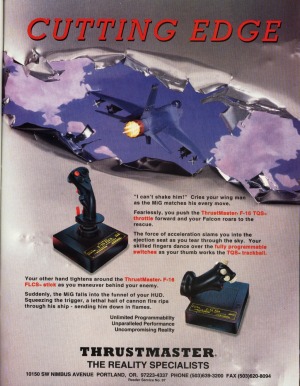 
The TQS is only slightly more complicated, with eight screws to worry about. Yes, theyre hidden under those little rubber feet. Get started on the removal with a small screwdriver, and be careful not to impale yourself! When you get the feet off, place them on a clean surface somewhere with the sticky side UP so they dont get dirty and can be reused.

Note that the four central fasteners on the TQS double as tension adjustment for the throttle lever. When you reassemble, youll want to ensure that the rotation is right for your personal preference.

Also note that taking the TQS apart requires just a bit of mystical awareness. I once replaced a chip and displaced the détente tensioning part. Getting that little item back into proper position was a real pain, and I did without it for a few weeks before trying again. Your TQS will still work fine if you mess this up, but youll have to do without the idle and afterburner click-through.

When you are ready to reinstall the gear you no longer use the same connections. With the digital setup your keyboard now plugs directly into your PC and not into your F22.

Driver installation was simple. I downloaded the latest Stickworks file and ran the install. Its a good idea to check the README file for any late breaking news.

Next go to the CONTROL panel and the GAME CONTROLLER applet and choose the Stickworks F22 for joystick. Depending on what type of game port your sound board or main board sports will now determine your next step. 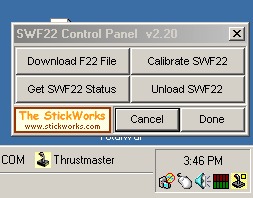 
In most cases, with current sound boards, youll have no difficulty. When you run the SWF Control Utility the icon will pop up in your taskbar as shown above. Right clicking on the icon will bring up the menu you see on your desktop. Click on Get SWF22 Status to ensure that all the connections have registered (if you have pedals they should be listed).

Configuration and ProgrammingThe next step is to calibrate your controllers, and then to download a configuration file. You need to be aware, however, that standard .F22 files may need to be modified in order to work properly with the new digital system. Whether or not they will need modification depends on which codes you have used, particularly if your config files uses RAW codes. Your existing RAW codes will need to be modified with new codes.

Actually, where RAW codes were once necessary they can in most cases now be substituted for the straight key commands. The digital conversion has added direct support for the keys in the auxiliary keypads, including Ins, Home, PgUp and PgDn, End, the Arrow keys, / and Enter.

One of the benefits of going digital is that the F22 now has much more flexibility than previously. For example, while there are no longer default assignments for the analog buttons and they must now be explicit in the file, now the analog assignment can be given to ANY button.

This would assign the game port input (PORTB1, or Button 1, in this case) to button TG1. The standard F22 only supported PORTB1 through PORTB4 as the target inputs. The digital conversion allows the capability of addressing PORTB1 through PORTB32 since it supports a full 32-button output. 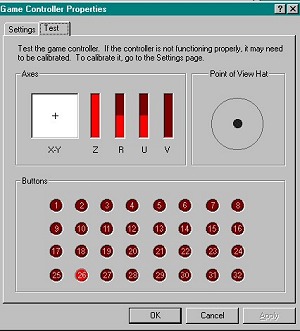 Enough buttons for you?


Similarly, the logical programming introduced with the F22 is expanded. Most users will never access these abilities, but its nice to know they are there!

The upgrade works fine with my ThrustMaster Elite pedals. It also works fine with my CH Pro pedals. If you use another brand of pedals you may need an ACM game card with its two ports, or you may have to use a special Y adapter. You can find information on these options on the Stickworks website and in the help file.

The final step to testing the conversion is to left click on the icon in the system tray. The box in the corner which was previously red turns green when the stick is enabled.


Finally, if you are tired of manually building configuration files for your F22/TQS you need to try James Hallows's new version of Fox Two Pro, known as Digital Foxy This program was written specifically for the Stickworks upgrade, but otherwise is identical to the earlier Fox Two Pro. 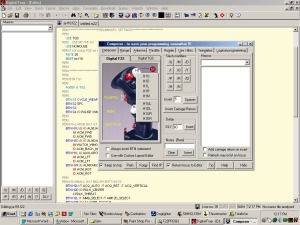 
In FlightLets face it, for high end use, there is no substitute for the F22 and TQS.

The digital conversion of the F22/TQS is the next best thing to going USB. While my renewed sticks dont compare to the coming HOTAS 2000, they are the closest thing available. I have increased programming flexibility, improved response and stability, and the quickest download ever. Combined with FoxTwo Pro, I also have a great programming interface.

I have primarily used my converted sticks in Janes F/A-18 and Aces High, but more recently have been increasing my time in USAF and Total Air War. I still prefer a force feedback stick for Battle of Britain and European Air War.

You can obtain the digital conversion through FlightSimCentral (www.flightsimcentral.com). If your ThrustMaster gear is otherwise in good condition, this is the best joystick upgrade investment you can make.

Note: Bob Church currently has WIN2K drivers in alpha and expects them to go beta soon.